Thomas Kurian, the newly minted CEO of Google Cloud, used the company’s Cloud Next conference last week to lay out his vision for the future of Google’s cloud computing platform. That vision involves, in part, a hiring spree to give businesses that want to work with Google more people to talk to and get help from. Unsurprisingly, Kurian is also looking to put his stamp on the executive team, too, and today announced that former SAP executive Robert Enslin is joining Google Cloud as its new president of Global Customer Operations. 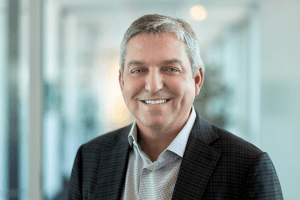 Enslin’s hire is another clear signal that Kurian is focused on enterprise customers. Enslin, after all, is a veteran of the enterprise business, with 27 years at SAP, where he served on the company’s executive board until he announced his resignation from the company earlier this month. After leading various parts of SAP, including as president of its cloud product portfolio, president of SAP North America and CEO of SAP Japan, Enslin announced that he had “a few more aspirations to fulfill.” Those aspirations, we now know, include helping Google Cloud expand its lineup of enterprise customers.

“Rob brings great international experience to his role having worked in South Africa, Europe, Asia and the United States—this global perspective will be invaluable as we expand Google Cloud into established industries and growth markets around the world,” Kurian writes in today’s announcement.

For the last two years, Google Cloud already had a president of Global Customer Operations, though, in the form of Paul-Henri Ferrand, a former Dell exec who was brought on by Google Cloud’s former CEO Diane Greene. Kurian says that Ferrand “has decided to take on a new challenge within Google.”