The loss of Israel’s Beresheet lander during its descent to the lunar surface was unfortunate, but the mission was still largely a success — and has certainly created an interesting cultural artifact on the Moon where it impacted. Perhaps more interesting than we could have known: It turns out David Copperfield stashed the secrets to his illusions onboard, and they may have survived the crash.

The data was kept on one of the Arch Mission Foundation’s tiny, high-capacity, high-endurance archival devices, meant to act as libraries or time capsules in a variety of sci-fi-sounding scenarios, like extraterrestrial visits or the near-extinction of humans. They’re “nearly indestructible,” and one was on Beresheet.

In a plot twist no one could have seen coming, among the data encoded on the DVD-sized (but much more sophisticated) storage medium are the famous magician’s “secret technological innovations.” Yes, David Copperfield shot his tricks to the Moon, and no, it doesn’t sound like it’s just some old ones or previously published information (I asked). 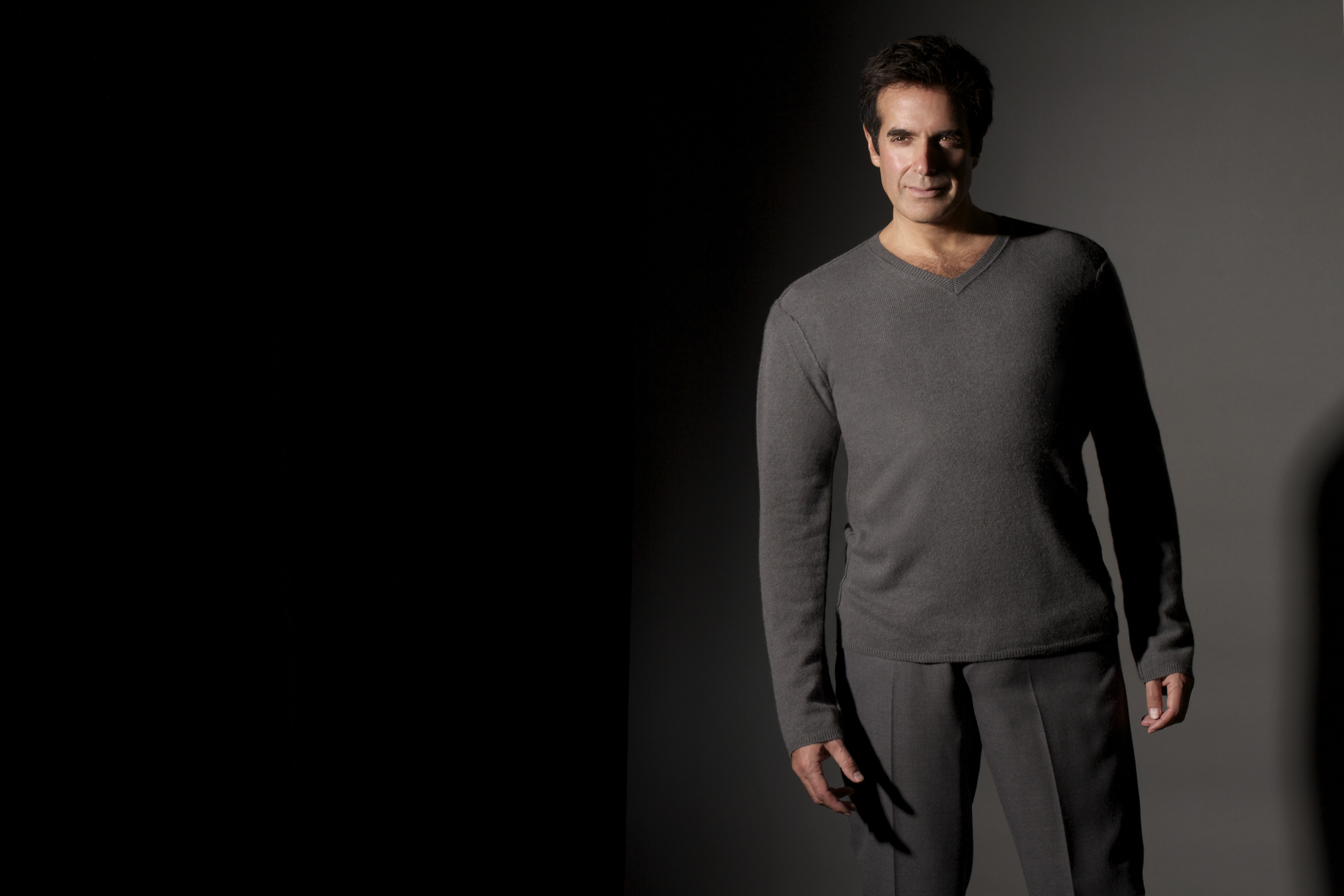 “When I was introduced to the Arch Mission Foundation, I was immediately enamored with the mission to preserve our civilization, and the possibilities of what we might do together,” Copperfield said in a press release. “One of my heroes is George Méliès, one of the fathers of modern cinema and also a great magician. His most famous movie was ‘A Trip to the Moon,’ which in 1902 visualized people landing on the Moon. It inspired a generation of scientists to actually achieve it, and 70 years later we actually landed on the Moon. Now 50 years later, we’re landing magic on the Moon. We’re bringing it full circle and I find that kind of poetic.”

There you have it. Quite absurd, but why not?

As for the device, AMF has put together a small team (including Stephen Wolfram) to look into what may have happened to it on impact.

Although AMF co-founder Nova Spivack said in the press release that “every indication thus far suggests that the Lunar Library is intact on the Moon,” the truth is there aren’t that many positive indications just yet. 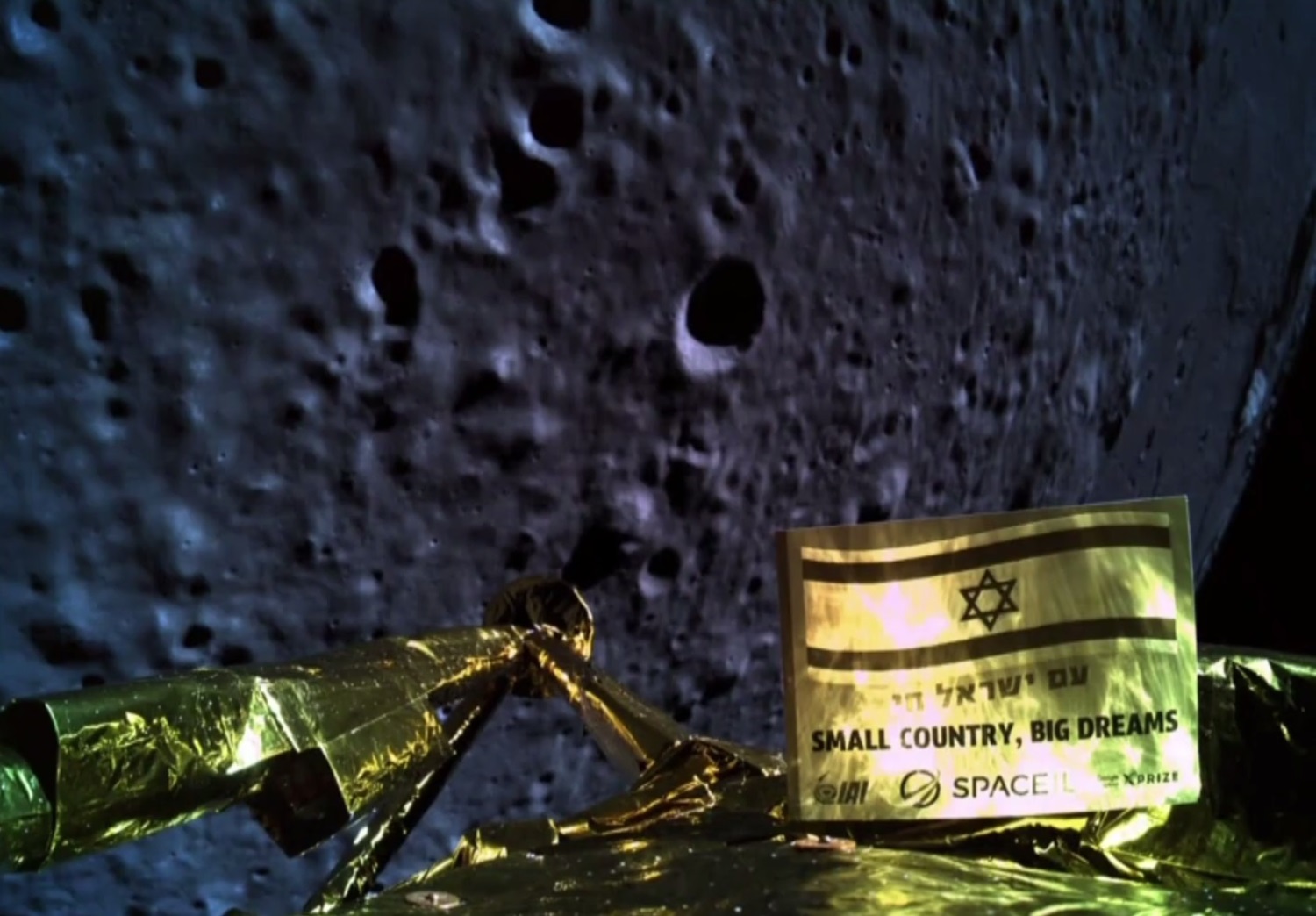 Mission control lost contact with Beresheet when it was only 150 meters from the surface; it would have impacted about a second later with about 956 m/s of horizontal velocity, which translates to more than 2,000 miles per hour. So this thing was going faster than a bullet and was considerably less durable. The wreckage is likely strewn over kilometers of the lunar surface.

“We think it is highly unlikely that the Lunar Library was atomized in the impact,” writes the team. “Without knowing the impact energy directed at the library, it’s hard to know how the stack fared. But taking the construction of the Lunar Library into account, we believe it has a high chance of being intact.”

It isn’t just an archival-quality disc or something. It’s a special 25-layer sandwich of nickel and epoxy, the bottom 21 layers of which are filled with digital data. This is the information most at risk, since, like snapping a DVD in half, you can’t just put the pieces back together and hope the 0s and 1s align again.

But the top four layers are essentially a form of high-durability microfiche, etched with tiny letters that could be read with a basic microscope. These you really could just piece back together. The 60,000 pages of analog data include “the Arch Mission Primer, selections from Wikipedia, The Wearable Rosetta, The Israeli Time Capsule, a selection of books — and potentially all or some of the not-yet-announced secret Vaults of content.”

Among those “not-yet-announced secret Vaults” in the analog layers is in fact the collection of Copperfield’s illusions. Lucky, that!

Unfortunately, even if the device does theoretically survive, it may never be found: at those speeds the debris from the landing would have spread over a large area and perhaps buried itself in dust and regolith. So even if it were completely intact, it might be invisible even to the high-resolution cameras on the Lunar Reconnaissance Orbiter, which AMF has requested to take a few images of the crash site (it was probably already going to, given the interest in the Beresheet mission).

“We think it is highly unlikely that the Lunar Library was atomized in the impact, given what we currently know. Therefore either the Lunar library remains entirely intact or it remains in a partially intact state — somewhere within a few kilometers of the landing zone,” writes the team. However, “This may not be verifiable without investigating the scene firsthand, on the ground at the crash site.”

So a trip to the Moon, Méliès-style, might be necessary after all.

The idea of a treasure hunt for a famous magician’s secrets in a Moon landing gone wrong really sounds more like science fiction than everyday news, but the two things have been growing closer and closer to one another for a while now, so I guess none of us should be surprised.