Intense and graphic violence is something we’ve come to simply expect from games, but sexual and other adult themes are still largely taboo — including, as publisher Devolver Digital is learning, drugs. Even if the game in question is a relatively serious tycoon-type look at the current (and legal!) business of selling weed.

Devolver is no stranger to controversy; it has published and helped develop dozens of games and many of them have featured the kind of graphic violence that sets off those who still see the medium as a corruptive, fundamentally debased one. And to be fair, the likes of Hotline Miami aren’t going to change any minds.

But for the company’s first original commissioned IP, it had the idea of assembling a game in the popular “tycoon” genre, but focused on the emerging and popular sector of growing marijuana.

Obviously this is somewhat controversial, but the plant is legal in many states and countries already and on its way in plenty of others. This isn’t the time or place for a full evaluation of the scheduling system and the war on drugs, but it suffices to say that it is a complex and interesting business ecosystem that’s teetering on the edge of widespread acceptance. That makes it a bit edgy, but also fresh and relevant — perfect, Devolver thought, to build a game around. So they made Weedcraft, Inc. 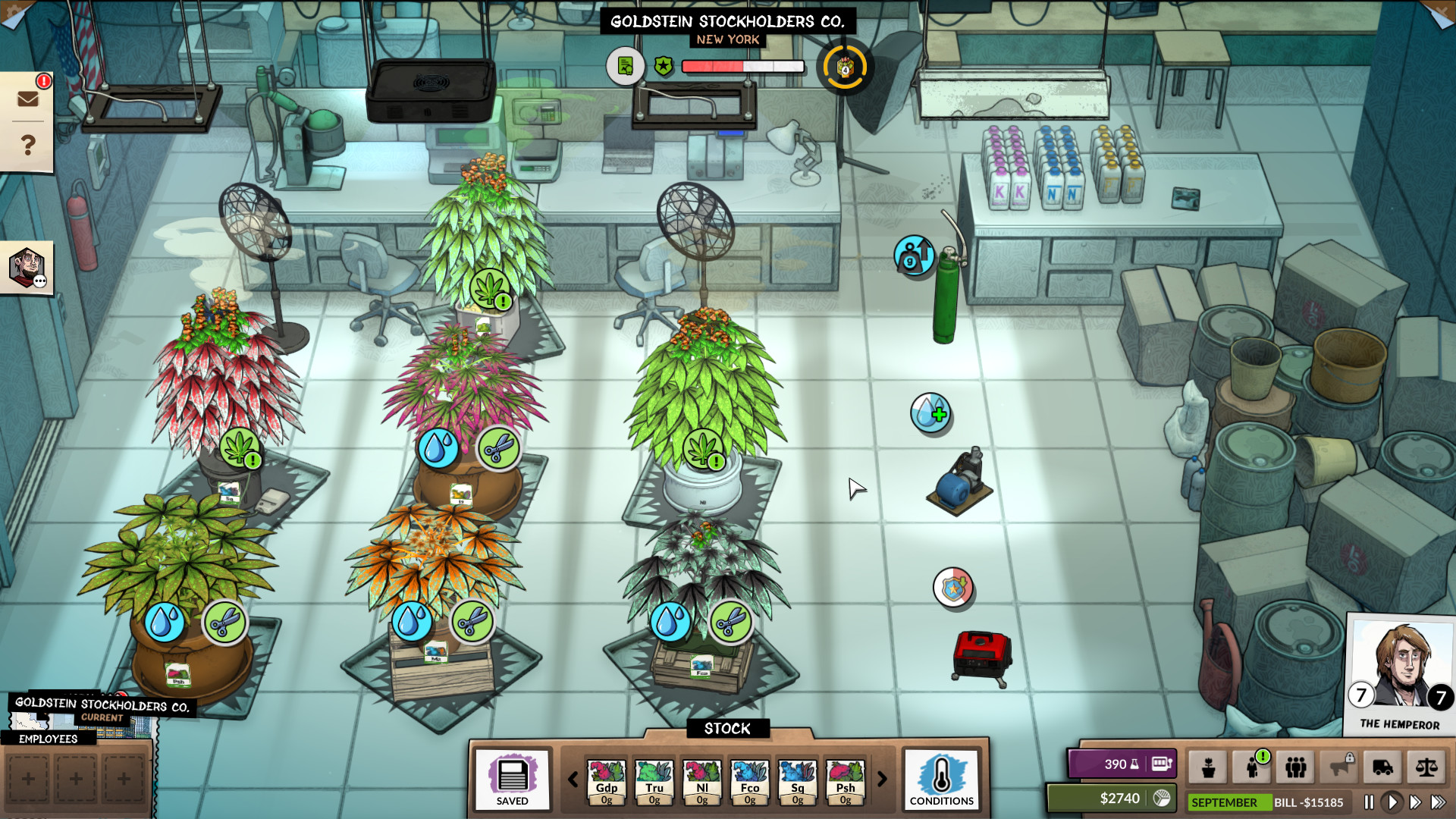 Unfortunately, the company’s co-founder Mike Wilson told me the other day, they underestimated how square the gaming industry is.

“This is definitely the hardest game I’ve had to market, and that’s saying something,” Wilson told me. “It has been a fucking nightmare. The fact that we’re still so afraid of a topic like weed instead of the murder simulators you can market any time, anywhere, it’s shocking.”

Console game stores were reluctant to even carry it, and warned Devolver that it would never be featured, which is a death sentence for a game’s discoverability. They couldn’t get ads approved on Facebook or Instagram, and the person who submitted them even had his account suspended. And just this week, streamers trying out the game on YouTube had their videos demonetized.

The only stores that didn’t buck were Steam, which is largely content-agnostic, and GOG, a popular DRM-free storefront.

Why, though? This isn’t a game about smoking blunts or cutting dime bags with oregano to sell to middle school kids. 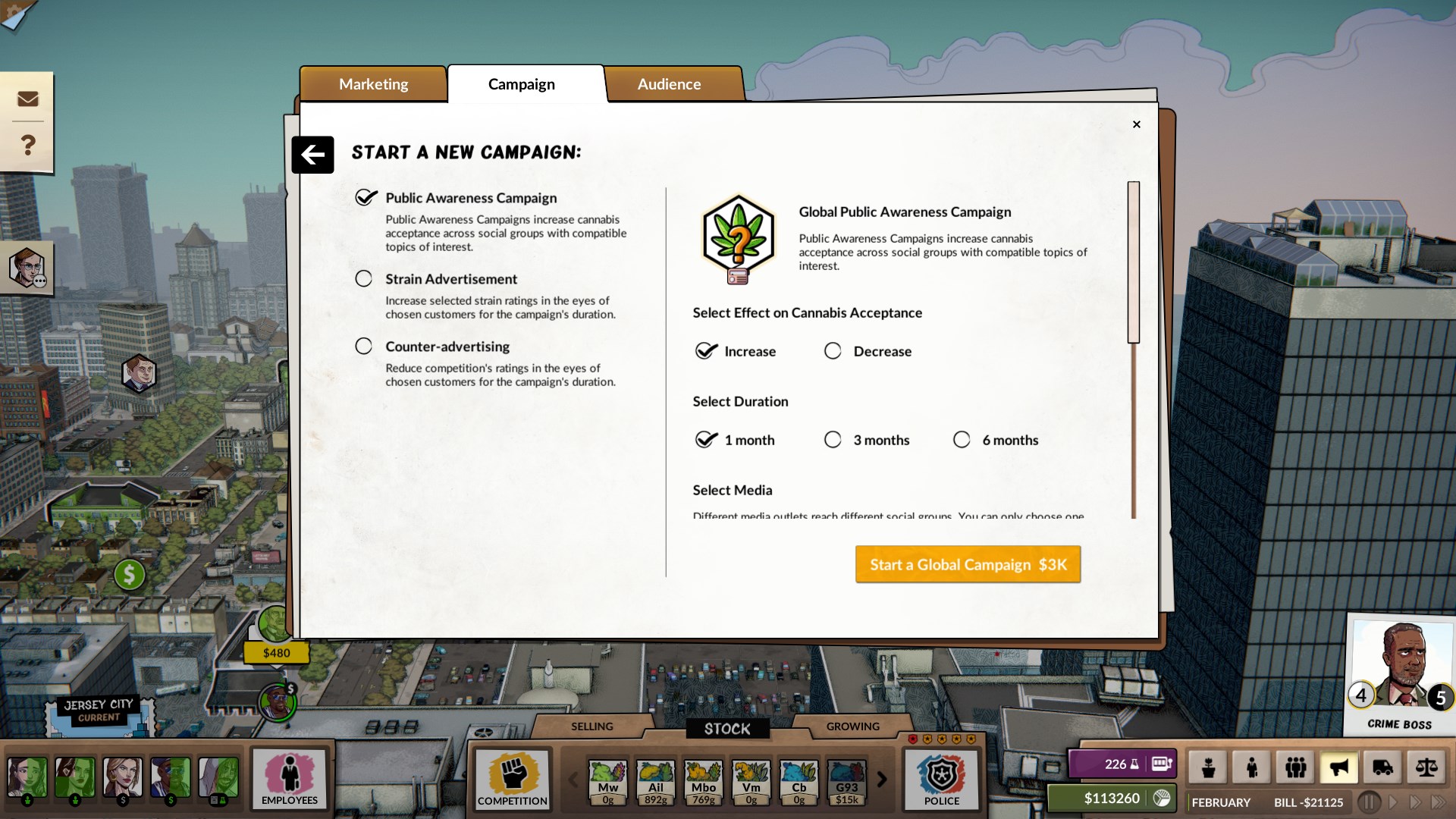 Well, it is a little pro-legalization.

“This isn’t a pro-legalization game. This is a tycoon game. You don’t do drugs in the game!” said Wilson. “You can play as a totally legal, scrupulous businessperson. We did all this research with like, dispensaries, geneticists, lawyers, we were worried about cultural sensitivity with the subject matter, things like how much more black people get jailed for it. We wanted it to be representative of all the social issues involved. It’s kind of like doing a game about booze in the prohibition era — like, what an interesting industry to study, right?”

It’s not that the companies involved here — Microsoft, Sony, YouTube and so on — are applying some invisible rules. The rules are there; when I contacted YouTube for comment, they pointed me to the list of guidelines for “advertiser-friendly content.” And plain as day there’s the one about drugs: “Video content that promotes or features the sale, use, or abuse of illegal drugs, regulated drugs or substances, or other dangerous products is not suitable for advertising.”

It’s just a bit weird to me still that we have this backwards, puritan approach to this stuff. Think of how much vile garbage is on YouTube and how the most popular games in the world glorify guns and death. But a recreational drug legal in many places and generally well thought of, not to mention a massive and growing business — that’s beyond the pale.

I understand YouTube doesn’t want people doing bong-clearing competitions, and console makers want to appear family-friendly so they don’t lose that teen and tween market. But surely we can be adults about this.

Gaming is maturing to be an interactive storytelling medium that encompasses serious issues, but the industry is holding itself back by its squeamishness about adult themes. And that feeds into the puritanical objections from misguided commentators, who go nuts over romancing an alien in Mass Effect or the ridiculous “Hot Coffee” thing in GTA, but don’t acknowledge the sophisticated storytelling of Return of the Obra Dinn, or subversive commentary of Papers, Please, or the impressive period recreation of an Assassin’s Creed.

Drugs are a complex and controversial topic. I get that some people want to stay hands-off. But when that hands-off stance doesn’t apply to graphic violence, sexism, and other sore spots, it comes off as prudish and hypocritical.