T-Mobile today officially unveiled its forthcoming home TV service, which will now be known as TVision Home. The service is the rebranding of Layer3 TV, a company T-Mobile acquired in 2017 to launch what it said would be a “disruptive new TV service” the following year. That launch, of course, had been delayed. Now it has an arrival date: April 14th, 2019.

According to T-Mobile’s new TVision Home website, the service will first be available in Chicago, Dallas-Fort Worth, L.A., NYC, Philadelphia, San Francisco, Washington, D.C. metro and Longmont, Colo. — areas Layer3 had been serving.

The service starts at $100 per month for more than 150 channels, minus a $9.99/month discount for T-Mobile customers, which will initially be offered to everyone. The channel lineup includes local broadcast stations, regional sports and other traditional pay TV channels.

The TVision website says the full service has more than 275 total channels available. 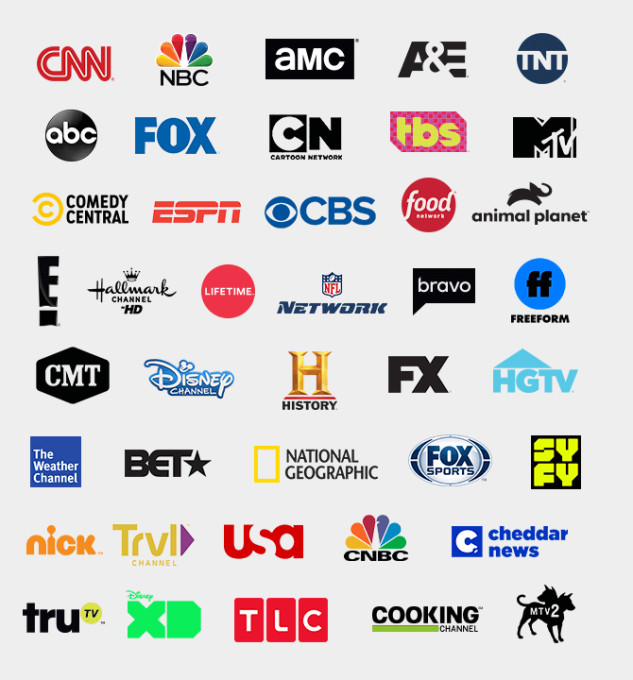 In addition, TVision Home includes a 400-hour HD DVR (with support for recording multiple programs simultaneously), voice control via either Amazon Alexa or Google Assistant, access to Nest security cameras, a range of 4K content and more than 35,000 on-demand movies and shows.

Users will be able to set up profiles, personalize their home screen and access their own DVR recordings separate from other household members. 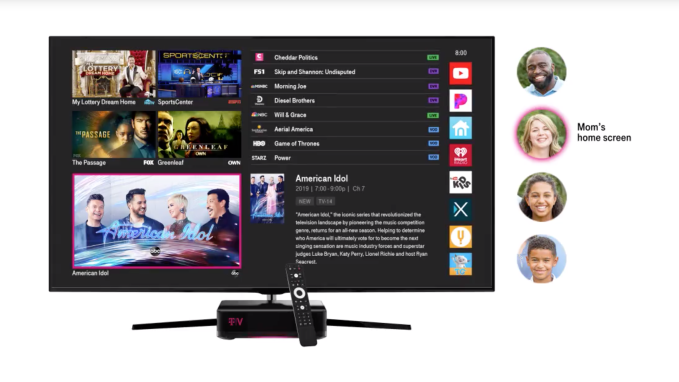 Unlike cable TV, which requires running wires in other rooms of the house, TVision will instead offer “Lite Boxes” that connect to the main set-top box over Wi-Fi for $10/month each.

What’s missing, however, is the promised “disruption.”

Even T-Mobile’s own press release says the average cable bill today is $107.30 per month. With a service that starts at $90 per month and then charges for additional TVs and premium channels on top of that, it’s not doing much better — even if it removes the hidden fees like activation or early termination fees. (T-Mobile will also help pay off your satellite TV contract up to $500 if you want to switch over without dealing with termination fees.)

However, T-Mobile does promise that its prices won’t increase over time — which is something even the modern-day internet TV providers like Sling TV, DirecTV Now, YouTube TV and others can’t say, as they’ve all rolled out price increases in the past year. 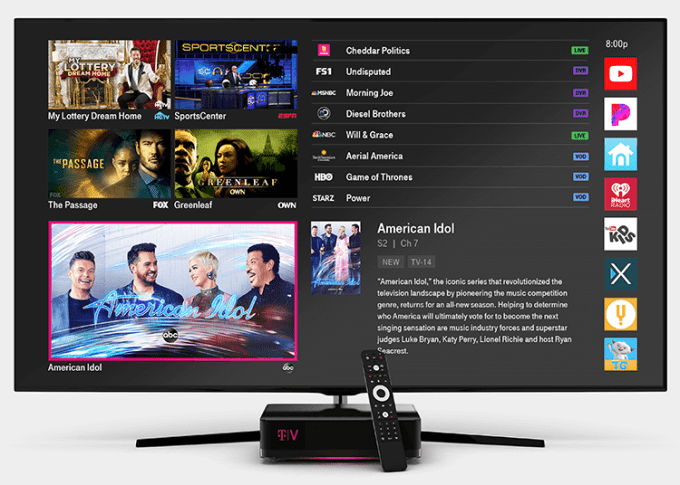 But those internet TV services still offer a better deal beyond lower prices — they also let you watch through their app wherever you are, not just inside the home. T-Mobile’s service, meanwhile, will include a companion app for iOS and Android for in-home streaming only. When traveling, you’ll have to use the various channels’ standalone apps to access TV content, after authentication.

That means it’s more like a traditional pay TV provider, as users will be directed to apps — like ABC, HBO Go, NBC, ESPN, Starz or HGTV, for example — when they want to watch TV on the go.

TVision Home today works over a broadband connection, but is designed for the soon-to-come 5G future where TV can be delivered over a wireless service — like, say, the one offered by the merger of T-Mobile and Sprint.

The company touts the promise of the merger, if approved, saying the combined entity would have the power to bring high-speed broadband via 5G to more than half of U.S. households by 2024.

“TVision Home is about so much more than home TV… it’s TV built for the 5G era,” said Mike Sievert, COO and president of T-Mobile, in a statement. “With New T-Mobile, we’ll bring real choice, competition, better service, lower prices and faster speeds…right into your living room. And – speaking of speed – while the Cableopoly innovates at the pace of the cable companies, we’ll innovate at the pace of the internet to give customers more value and more freedom more quickly.”