Google today launched a number of security updates to G Suite, its online productivity and collaboration platform. The focus of these updates is on protecting a company’s data inside G Suite, both through controlling who can access it and through providing new tools for prevening phishing and malware attacks.

To do this, Google is announcing the beta launch of its advanced phishing and malware protection, for example. This is meant to help admins protect users from malicious attachment and inbound email spoofing, among other things.

The most interesting feature here, though, is the new security sandbox, another beta feature for G Suite enterprise users. The sandbox allows admins to add an extra layer of protection on top of the standard attachment scans for known viruses and malware. Those existing tools can’t fully protect you against zero-day ransomware or sophisticated malware, though. So instead of just letting you open the attachment, this tool executes the attachment in a sandbox environment to check if there are any security issues. 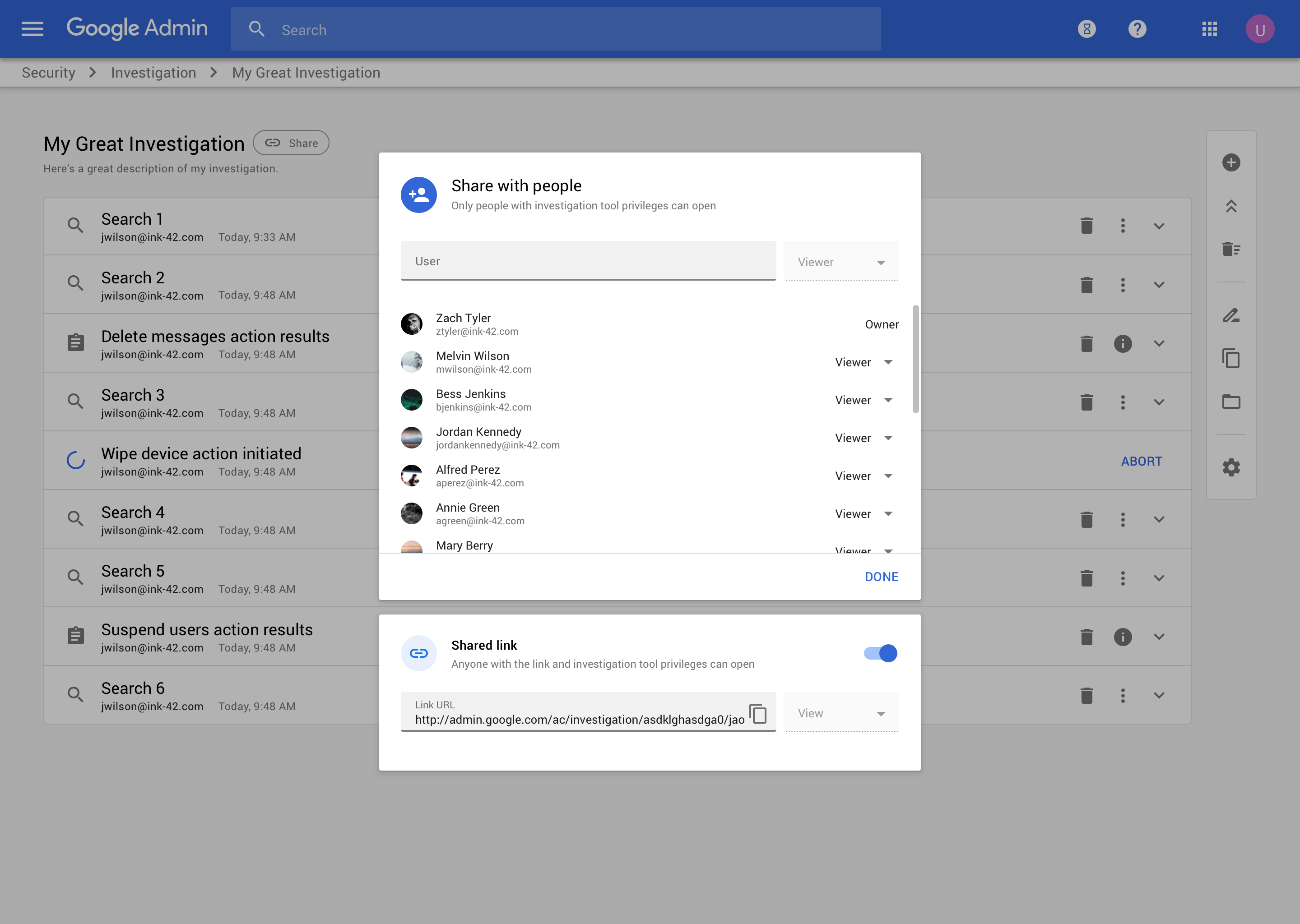 With today’s launch, Google is announcing the beta launch of its new security and alert center for admins. These tools are meant to create a single services that features best practice recommendations, but also a unified notifications center and tools to triage and take actions against threats, all with focus on collaboration among admins. Also new is a security investigation tool that mostly focuses on allowing admins to create automated workflows for sending notifications or assigning ownership to security investigations.