Microsoft today launched the first official version of its Edge browser with the Chromium engine for Windows 10. You can now download the first developer and canary builds here. The canary builds will get daily updates and the developer builds will see weekly updates. Over time, you’ll also be able to opt in to the beta channel and, eventually, the stable channel.

The company first announced this project last December and the news obviously created quite a stir, given that Microsoft was abandoning its own browser engine development in favor of using an open-source engine — and one that is still very much under the control of Google. With that, we’re now down to two major browser engines: Google’s Chromium and Mozilla’s Gecko.

I used the most recent builds for the last week or so. Maybe the most remarkable thing about using Microsoft’s new Chromium-based Edge browser is how unremarkable it feels. It’s a browser and it (with the exceptions of a few bugs you’d expect to see in a first release) works just like you’d expect it to. That’s a good thing, in that if you’re a Windows user, you could easily use the new Edge as your default browser and would be just fine. On the other hand — at least at this stage of the project — there’s also very little that differentiates Edge with Chromium from Google’s own Chrome browser. 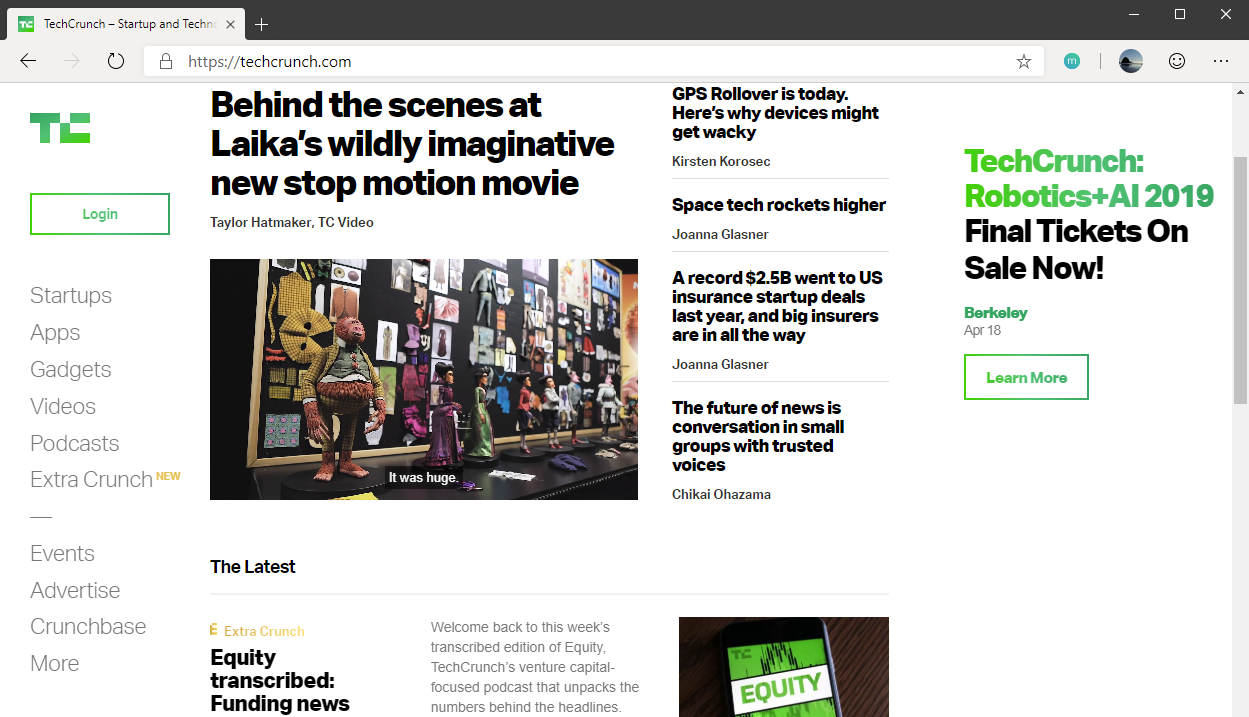 That will change over time, though, with more integrations into the Windows ecosystem. For now, this is very much a first preview and meant to give web and extensions developers a platform for testing their sites and tools.

There are a few points of integration with Microsoft’s other services available already, though. Right now, when you install the Edge preview builds, you get the option to choose your new tab layout. The choices are a very simple new tab layout that only presents a search bar and a few bookmarks and a variation with a pretty picture in the background, similar to what you’d see on Bing. There is, however, also another option that highlights recent news from Microsoft News, with the option to personalize what you see on that page.

Microsoft also says that it plans to improve tab management and other UI features as it looks at how it can differentiate its browser from the rest.

In this first preview, some of the syncing features are also already in place, but there are a few holes here. So while bookmarks sync, extensions, your browsing history, settings, open tabs, addresses and passwords do not. That’ll come in some of the next builds, though.

Right now, the only search engine that’s available is Bing. That, too, will obviously change in upcoming builds.

Microsoft tells me that it prioritized getting a full end-to-end browser code base to users and setting up the engineering systems that will allow it to both push regular updates outside of the Windows update cycle and to pull in telemetry data from its users.

Most of the bugs I encountered were minor. Netflix, though, regularly gave me trouble. While all other video services I tried worked just fine, the Netflix homepage often stuttered and became unresponsive for a few seconds.

That was the exception, though. In using the new Edge as my default browser for almost a week, I rarely ran into similar issues, and a lot of things “just work” already. You can read PDFs in the browser, just like you’d expect. Two-factor authentication with a Yubikey to get into Gmail works without an issue. Even complex web apps run quickly and without any issues. The extensions I regularly use, including LastPass, worked seamlessly, no matter whether I installed them from the Google store or Microsoft’s library.

I also ran a few benchmarks and, unsurprisingly, Edge and the latest version of Chrome tend to score virtually the same results. It’s a bit too early in the development process to really focus on benchmarks, but the results are encouraging. 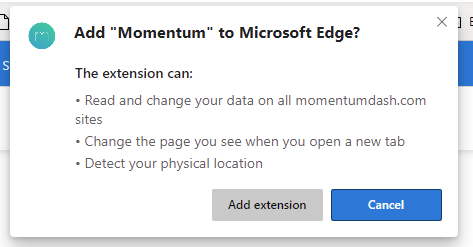 With this release, we’re also getting our first official look at using extensions in the new Edge. Unsurprisingly, Microsoft will offer its own extension store, but with the flip of a switch in the settings, you’ll also be able to install and use extensions from third-party marketplaces, meaning the Chrome Web Store. Extension developers who want to add their tools to the Microsoft marketplace can basically take their existing Chrome extensions and use those.

Microsoft’s promise, of course, is that it will also bring the new Edge to Windows 7 and Windows 8, as well as the Mac. For now, though, this first version is only available on 64-bit versions of Windows 10. Those are in the works, but Microsoft says they simply aren’t quite as far along as the Windows 10 edition. This first release is also English-only, with localized versions coming soon.

While anybody can obviously download this release and give it a try, Microsoft stressed that if you’re not a tech enthusiast, it really isn’t for you. This first release is very much meant for a technical audience. In a few months, though, Microsoft will surely start launching more fully featured beta versions and by that time, the browser will likely be ready for a wider audience. Still, though, if you want to give it a try, nobody is stopping you today, no matter your technical expertise.