The HBO sci-fi blockbuster Westworld has been an inspiring look into what humanlike robots can do for us in the meatspace. While current technologies are not quite advanced enough to make Westworld a reality, startups are attempting to replicate the sort of human-robot interaction it presents in virtual space.

Rct studio, which just graduated from Y Combinator and ranked among TechCrunch’s nine favorite picks from the batch, is one of them. The “Westworld” in the TV series, a far-future theme park staffed by highly convincing androids, lets visitors live out their heroic and sadistic fantasies free of consequences.

There are a few reasons why rct studio, which is keeping mum about the meaning of its deliberately lower-cased name for later revelation, is going for the computer-generated world. Besides the technical challenge, playing a fictional universe out virtually does away the geographic constraint. The Westworld experience, in contrast, happens within a confined, meticulously built park.

“Westworld is built in a physical world. I think in this age and time, that’s not what we want to get into,” Xinjie Ma, who heads up marketing for rct, told TechCrunch. “Doing it in the physical environment is too hard, but we can build a virtual world that’s completely under control.” 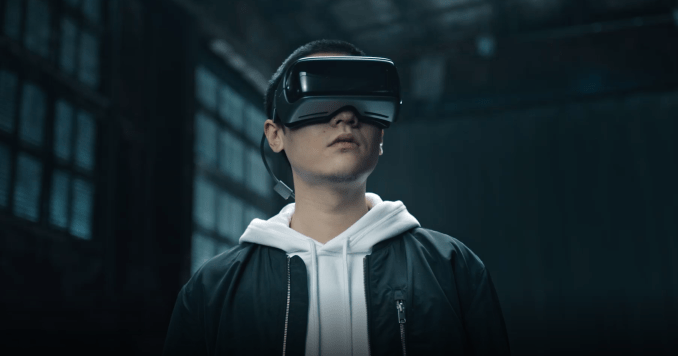 The startup appears suitable to undertake the task. The eight-people team is led by Cheng Lyu, the 29-year-old entrepreneur who goes by Jesse and helped Baidu build up its smart speaker unit from scratch after the Chinese search giant acquired his voice startup Raven in 2017. Along with several of Raven’s core members, Lyu left Baidu in 2018 to start rct.

“We appreciate a lot the support and opportunities given by Baidu and during the years we have grown up dramatically,” said Ma, who previously oversaw marketing at Raven.

Immersive films, or games, depending on how one wants to classify the emerging field, are already available with pre-written scripts for users to pick from. Rct wants to take the experience to the next level by recruiting artificial intelligence for screenwriting.

At the center of the project is the company’s proprietary engine, Morpheus. Rct feeds it mountains of data based on human-written storylines so the characters it powers know how to adapt to situations in real time. When the codes are sophisticated enough, rct hopes the engine can self-learn and formulate its own ideas.

“It takes an enormous amount of time and effort for humans to come up with a story logic. With machines, we can quickly produce an infinite number of narrative choices,” said Ma.

To venture through rct’s immersive worlds, users wear a virtual reality headset and control their simulated self via voice. The choice of audio came as a natural step given the team’s experience with natural language processing, but the startup also welcomes the chance to develop new devices for more lifelike journeys.

“It’s sort of like how the film Ready Player One built its own gadgets for the virtual world. Or Apple, which designs its own devices to carry out superior software experience,” explained Ma.

On the creative front, rct believes Morpheus could be a productivity tool for filmmakers as it can take a story arc and dissect it into a decision-making tree within seconds. The engine can also render text to 3D images, so when a filmmaker inputs the text “the man throws the cup to the desk behind the sofa,” the computer can instantly produce the corresponding animation.

Investors are buying into rct’s offering. The startup is about to close its Series A funding round just months after banking seed money from Y Combinator and Chinese venture capital firm Skysaga, it told TechCrunch.

The company has a few imminent tasks before achieving its Westworld dream. For one, it needs a lot of technical talent to train Morpheus with screenplay data. No one on the team had experience in filmmaking, so it’s on the lookout for a creative head who appreciates AI’s application in films. 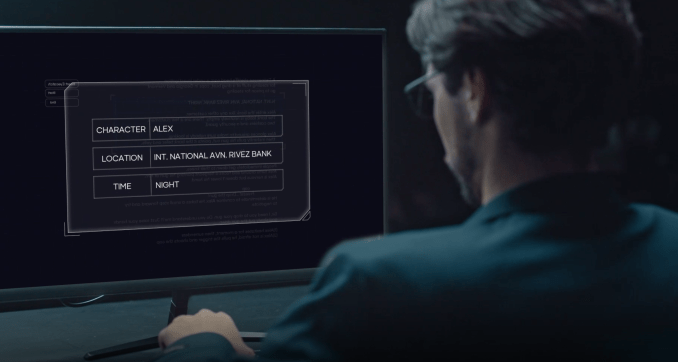 Rct studio’s software takes a story arc and dissects it into a decision-making tree within seconds. / Image: rct studio

“Not all filmmakers we approach like what we do, which is understandable because it’s a very mature industry, while others get excited about tech’s possibility,” said Ma.

The startup’s entry into the fictional world was less about a passion for films than an imperative to shake up a traditional space with AI. Smart speakers were its first foray, but making changes to tangible objects that people are already accustomed to proved challenging. There has been some interest in voice-controlled speakers, but they are far from achieving ubiquity. Then movies crossed the team’s mind.

“There are two main routes to make use of AI. One is to target a vertical sector, like cars and speakers, but these things have physical constraints. The other application, like Alpha Go, largely exists in the lab. We wanted something that’s both free of physical limitation and holds commercial potential.”

The Beijing and Los Angeles-based startup isn’t content with just making the software. Eventually, it wants to release its own films. The company has inked a long-term partnership with Future Affairs Administration, a Chinese sci-fi publisher representing about 200 writers, including the Hugo award-winning Cixin Liu. The pair is expected to start co-producing interactive films within a year.

Rct’s path is reminiscent of a giant that precedes it: Pixar Animation Studios. The Chinese company didn’t exactly look to the California-based studio for inspiration, but the analog was a useful shortcut to pitch to investors.

“A confident company doesn’t really draw parallels with others, but we do share similarities to Pixar, which also started as a tech company, publishes its own films, and has built its own engine,” said Ma. “A lot of studios are asking how much we price our engine at, but we are targeting the consumer market. Making our own films carry so many more possibilities than simply selling a piece of software.”