For many, Singapore is an idyllic and livable city in Asia. But there’s serious concern for the country and its five million population around a proposed law to curb ‘fake news’ on the internet that could have ramifications for free speech.

The ‘Protection from Online Falsehoods and Manipulation Bill’ had its first reading on Monday and one of the key takeaways is that it will allow the government to force “corrections” to be added to online content that is deemed to be “false.” Infringing articles won’t be edited, instead “the facts” will be added so that “the facts can travel together with the falsehood.”

What’s particularly alarming about the proposal is that it can be activated by any government minister if they believe that “a false statement of fact… has been or is being communicated in Singapore” or if they feel that issuing a correction is “in the public interest.”

The proposed act is focused on Singapore, but it will cover any piece of content worldwide. While, beyond merely covering content pertinent to the security of Singapore, the harmony of its people, its national politics and services, the process can be triggered “in the interest of friendly relations of Singapore with other countries.”

There’s also a clause that covers “a diminution of public confidence in the performance of any duty or function of government” and its associated organizations.

While it is fairly well established that social media and new media content can be a threat to multicultural societies and the democratic process, critics have pointed out that the proposed law has seriously scope to be misused, potentially against valid criticism. While Singapore’s Ministry of Law said it will not cover “opinions, criticisms, satire or parody,” simply defining what is an opinion or opinionated is not easy.

Indeed, an example last year involving Reuters shows the type of pushback that the government could exert if the bill becomes law as is expected — Singapore’s ruling People’s Action Party (PAP) party dominates parliament having won 83 of the 89 seats it contested in the most recent general election in 2015.

Reuters rewrote a contentious headline around a politician’s potential to become Prime Minister following condemnation from Singapore’s Ministry of Communications and Information (MCI), which rebuked Reuters running with a “fabricated headline.” The publication later changed the headline and parts of its story, as Cherian George — the author of a 2012 book on Singapore’s political system — explained in a recent blog post.

In this case, however, the law covers content produced outside Singapore, which could make its application messy, particularly if media companies covering international topics are caught in the crosshairs and they have employees located in Singapore.

Despite footnotes that try to untangle the policing of accurate content with censoring free speech — “the bill targets falsehoods, not free speech,” a press release issued by the ministry claims — free speech groups are concerned at the potentially immense power that would be wielded.

“Singapore’s ministers should not have the power to singlehandedly decree what is true and what is false,” Phil Robertson, deputy Asia director of Human Rights Watch said in a statement. “Given Singapore’s long history of prohibiting speech critical of the government, its policies or its officials, its professed concerns about ‘online falsehoods’ and alleged election manipulation are farcical.” 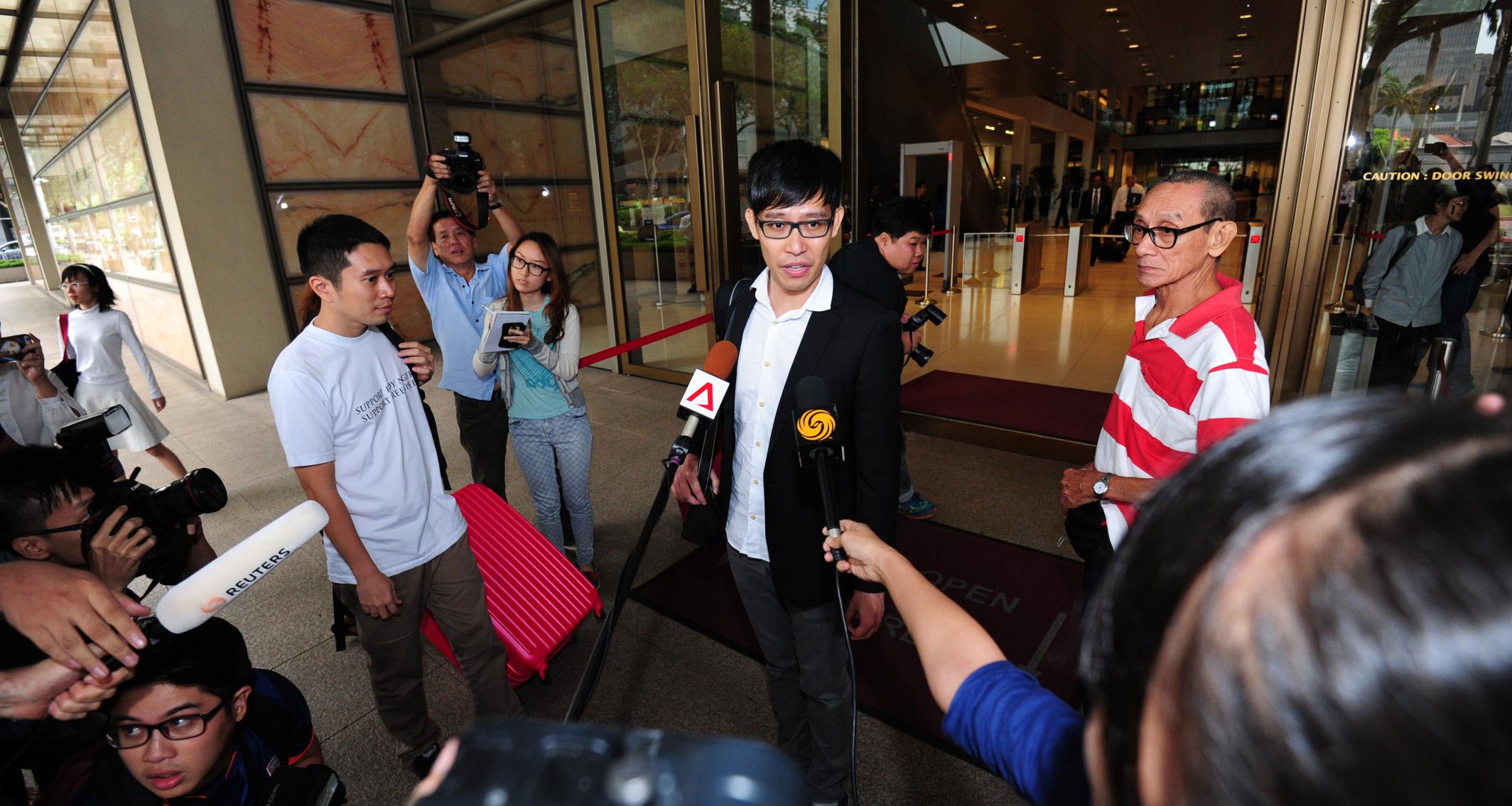 Blogger Roy Ngerngwas sued by Singapore Prime Minister Lee Hsien Loong after the blogger accused him of misusing public funds, a sensitive issue for officials in the city-state known to have the least corrupt governments in Asia (Photo credit: MOHD FYROL/AFP/Getty Images)

That was echoed by the Asia Internet Coalition, a group that represents Facebook, Google, Twitter, LinkedIn, Line and others.

“We are concerned that the proposed legislation gives the Singapore government full discretion over what is considered true or false. As the most far-reaching legislation of its kind to date, this level of overreach poses significant risks to freedom of expression and speech, and could have severe ramifications both in Singapore and around the world,” read a statement from AIC managing director Jeff Paine.

“Prescriptive legislation should not be the first solution in addressing what is a highly nuanced and complex issue,” Paine added.

Media freedom concern is not new to Singapore, where lawsuits and legal cases involving the government and citizens for content posted online are not uncommon.

Human Rights Watch’s 2017 report concluded that Singapore’s press is “not free.” Reporters Without Borders, another organization that tracks media freedom worldwide, ranked Singapore 151th out of 180 countries. The organization cited an “intolerant government” and media “self-censorship” among its top line conclusions. The proposed law could take things a step further.