If it feels like your Amazon search results have been overwhelmed with promotions for their private-label brands, like Amazon Basics, Mama Bear or Daily Ritual, that may be changing. As lawmakers pay more attention to the most powerful tech companies, Amazon has begun quietly removing some of the more obvious promotions, including banner ads, for its private-label products, reports CNBC, which spoke to Amazon sellers and consultants.

Amazon’s aggressive marketing of its own private brands, with ads that often appear in search results above listings for competing items from third-party sellers, have raised antitrust concerns. The company’s increasingly strong grip on the U.S. retail market has been under scrutiny for years, but pressure intensified last month when Massachusetts senator and Democratic presidential primary candidate Elizabeth Warren announced that breaking up tech giants Amazon, Google and Facebook (and other companies with an annual global revenue above $25 billion that provide marketplace, exchange or third-party connectivity as “platform utilities”) in order to reduce their economic dominance will be a major part of her platform. This means that Amazon Marketplace and Basics would be split apart, and acquisitions including Whole Foods and Zappos would be spun out. 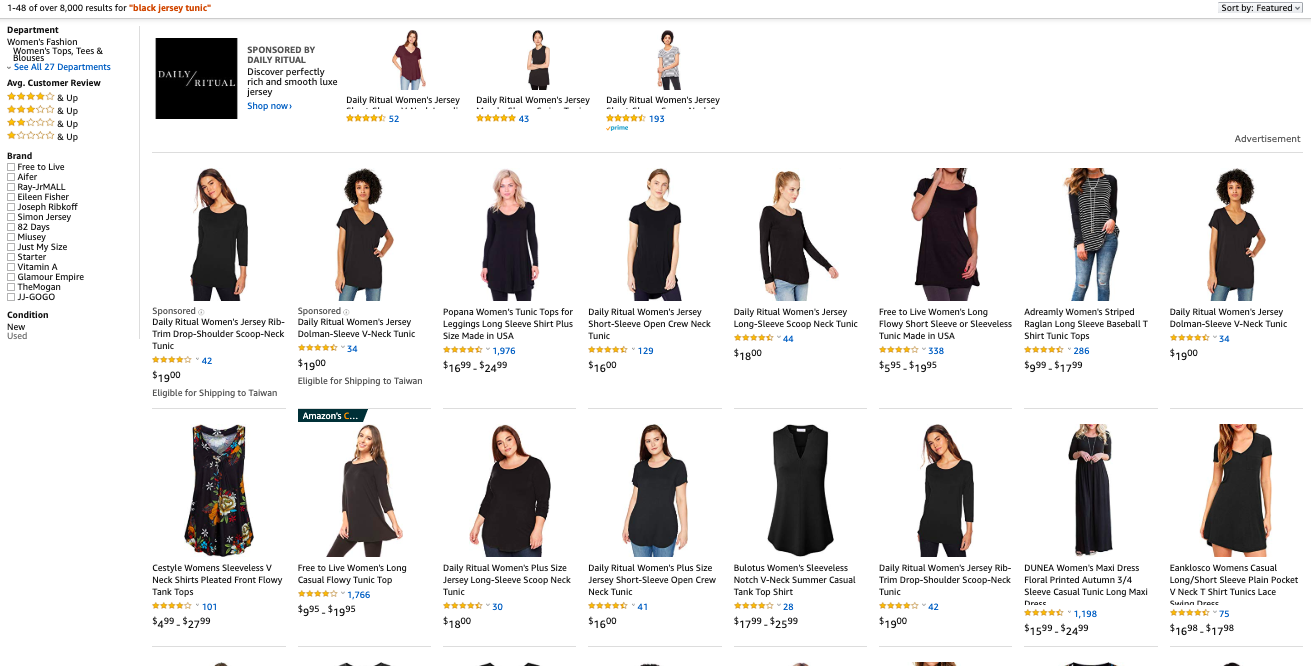 Amazon’s private brands quickly became a major threat to third-party sellers on its platform, increasing from about a dozen brands in 2016, when some of its products began taking the lead in key categories like batteries, speakers and baby wipes, to a current roster of more than 135 private label brands and 330 brands exclusive to Amazon, according to TJI Research.

While Amazon benefits from higher margins, cost-savings from a more efficient supply chain and new data, third-party sellers often suffer. For example, they may have to cut prices to stay competitive, and even lower prices may not be enough to attract customers away from Amazon’s promotions for its own items, which show up in many search results.

Other recent measures Amazon has taken to ward off antitrust scrutiny include reportedly getting rid of its price parity requirement for third-party sellers, which meant they were not allowed to sell the same products on other sites for lower prices.