Two years ago, Walmart and Google partnered on voice-based shopping through Google Home devices. However, Walmart disappeared from Google Express’ marketplace this January, and was more recently said to be testing an online grocery voice application with a small number of VIP customers ahead of a spring launch.

2. Microsoft teams up with BMW for the IoT-focused Open Manufacturing Platform

The platform is supposed to encourage more collaborative IoT development in the manufacturing sector, focusing on smart factory solutions and building standards in areas like machine connectivity and on-premise systems integration.

We thought we’d have to wait another few weeks to hear about Valve’s plans for its first virtual reality headset, but the company (accidentally?) seems to have let a few details and images slip regarding its high-powered contender to consumer VR headsets built by Oculus and HTC. 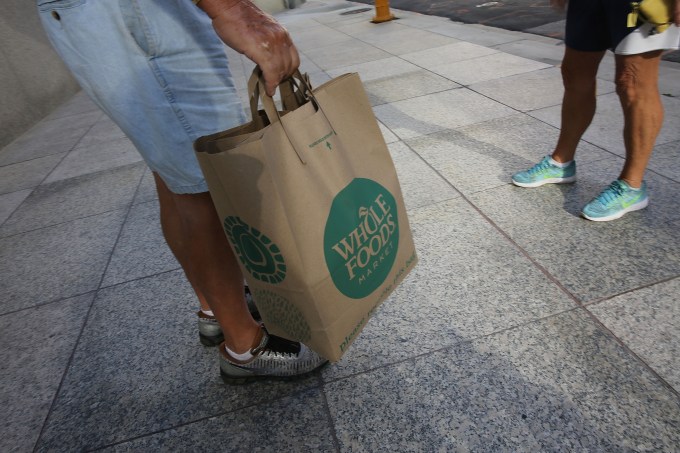 MIAMI, FL – MAY 10: A customer carries his Whole Foods Market bag as the company appointed five new directors to its board and replaced its chairman on May 10, 2017 in Miami, Florida. (Photo by Joe Raedle/Getty Images)

Walmart wasn’t the only grocery company to make news in the last 24 hours. With this wave of price cuts, produce is an area of specific focus, as Walmart lowers prices on seasonal items, including greens, tomatoes, tropical fruits and more.

Every time we’ve written about Spark, we get many comments asking when the app would be available on Android. The answer is today.

6. New book looks inside Apple’s legal fight with the FBI

The book, “Tim Cook: The Genius Who Took Apple to the Next Level” by Leander Kahney, offers a first-hand view from former staff about how Apple battled an unprecedented legal order demanding the company undermine the security of its flagship product.

7. Pokémon GO and the April Fools’ joke that made billions

This is Part 2 of our EC-1 series on Niantic, looking at its past, present and potential future. (Extra Crunch subscription required.)