I’ve never had a meeting quite like the one I had with Built Robotics.

Within about 10 minutes of meeting Built’s co-founder Noah Ready-Campbell, we’re steering an 80,000-pound construction excavator around what is basically his company’s back yard.

He wants me to see what it’s like to drive one; how much skill and finesse it takes to safely and efficiently move mountains of dirt around with this massive machine. The answer? Lots.

That’s why his company wants these machines to drive themselves.

Built is taking the concepts and technology that others are using to build self-driving cars and adapting them for a whole different vertical: construction.

They’ve built a kit that retrofits existing construction equipment with hardware like lidar, GPS and Wi-Fi, giving it the ability to autonomously map and navigate its surroundings. Rather than trying to build its own dozers and excavators and fight its way into an already dominated market, Built is aiming to make a kit that works across the popular equipment already out on job sites. They sell and rent the kits to companies, then charge a usage fee whenever the machine is working in its autonomous mode. 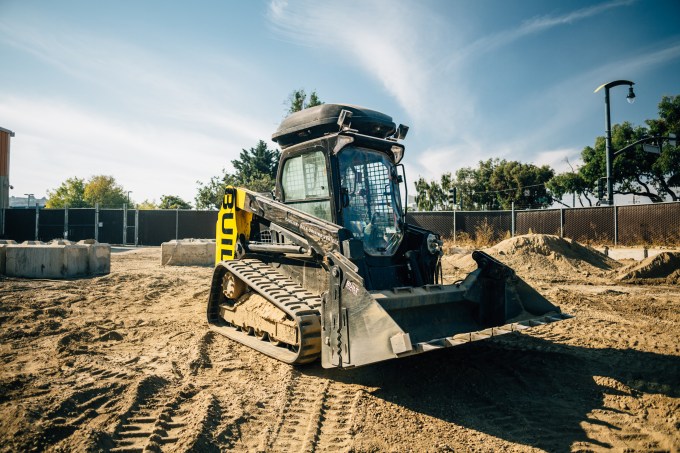 They showed this tech at a smaller scale for the first time in 2017, implementing it into the compact track loader pictured above. Now it’s expanding into bigger equipment, including dozers (pictured below) and excavators (pictured up top). See those black boxes on top of each vehicle? That’s where all of Built’s tech lives.

Back in their office, we look out at the machines in their lot. Noah and the Built team switch the excavator into automated mode, bringing up a map of what’s just outside the window. A red border tells the machine where it’s allowed to go; if it for any reason edges past those borders, the whole machine shuts down.

Cameras on and around the vehicles are constantly checking for anyone who might stray too close. If something goes wrong and the machine starts to tip too much, or if on-board sensors detect that something is in the way underground? Power gets cut. And there’s a big red emergency stop button on the back of each machine (and a wireless button meant to stay on the operator’s desk) for good measure.

They fire up the excavator, and it starts digging away at its task. Every move the machine makes is represented on the screen. A blinking sea of dots surround the on-screen vehicle, indicating the terrain it’s sensing around itself. It’s an absolute trip, watching these machines roll around and push and dig with no humans in their cabs. It reminds me of StarCraft for some reason.

Won’t these machines take jobs from people who want them? The construction industry is in the middle of a severe labor shortage, Noah tells me. The industry seems to agree, with The Associated General Contractors of America having just this month asked Congress to support a temporary work visa program to bring more potential workers in.

But we’re not the only country facing a construction labor shortage, and it’s not one that’s likely to end soon. As BuildZoom chief economist Issi Romem makes clear in this post, there aren’t enough young people entering the field to keep up.

What if instead of one vehicle per operator, each operator could oversee an automated fleet of two, or three, or five? They could give the machines a map of what they needed dug, fire them up and only step in the cab when there’s something the machines can’t do. It won’t solve the shortage, but it might help fill the gaps.

It’s still early days for Built. It’s built a research fleet of seven vehicles, and they’re coming up on their tenth completed construction project; all in all, their fleet has about 6,000 hours of operating time. But they should be good to keep rolling for a whole lot longer, with the company having $100 million dollars in contracts now signed.

This is Noah’s second startup. He sold his first startup, a clothing resale site called Twice, to eBay in 2015. 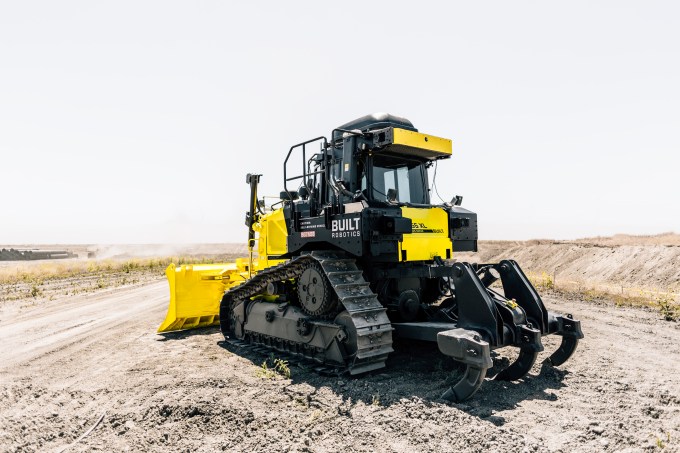