Consumer spending in mobile apps across both Apple’s App Store and Google Play will grow by 120 percent to reach $156 billion worldwide by 2023, according to a new report out today from app store intelligence firm, Sensor Tower. The forecast estimates that both stores will more than double their revenues during the next five years, with China, the U.S. and Japan leading the way on iOS and the U.S., South Korea and Japan leading on Google Play. 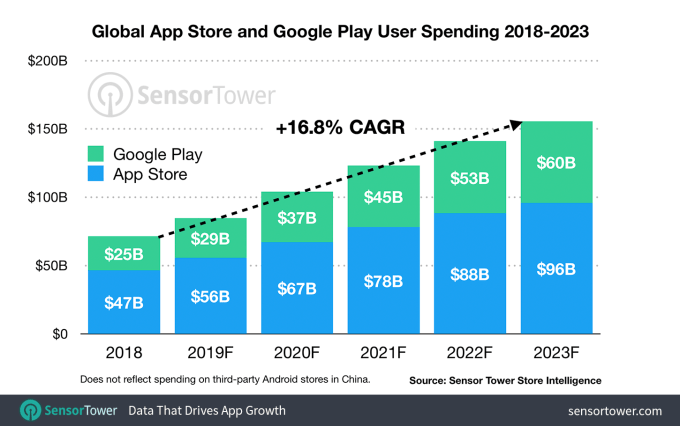 The report projects that Apple will reach $96 billion in worldwide consumer spending by 2023, an increase of 104 percent over 2018’s total of $47 billion. Google Play is set to grow by 140 percent over 2018 to reach $60 billion — closing the gap even further with Apple’s platform. However, Apple’s store will account for nearly 62 percent of all revenue generated by the two platforms, Sensor Tower says.

Another trend in the new forecast is the projected growth for emerging markets. Africa and Latin America will see the largest revenue growth over the next five years, with the former poised for 296 percent growth to $420 million on the Apple App Store by 2023 and the latter with 239 percent growth to $2.4 billion. 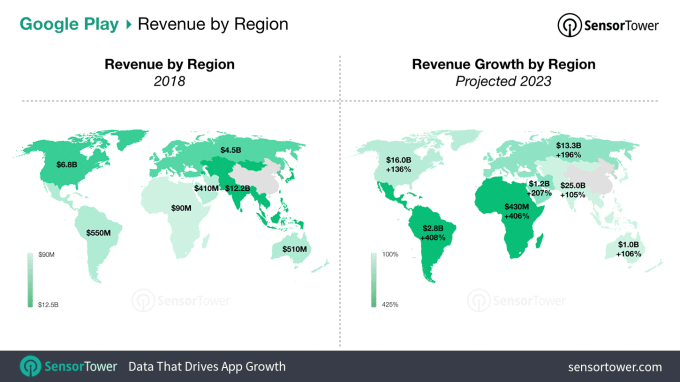 These are still far smaller numbers than what’s predicted for top markets, of course.

The U.S., for example, is on track to reach $40 billion in consumer spend across both app stores by 2023, up 110 percent over 2018’s total of $19 billion. Apple’s App Store will account for $25 billion of that figure, and Google Play will account for the remaining $15 billion. 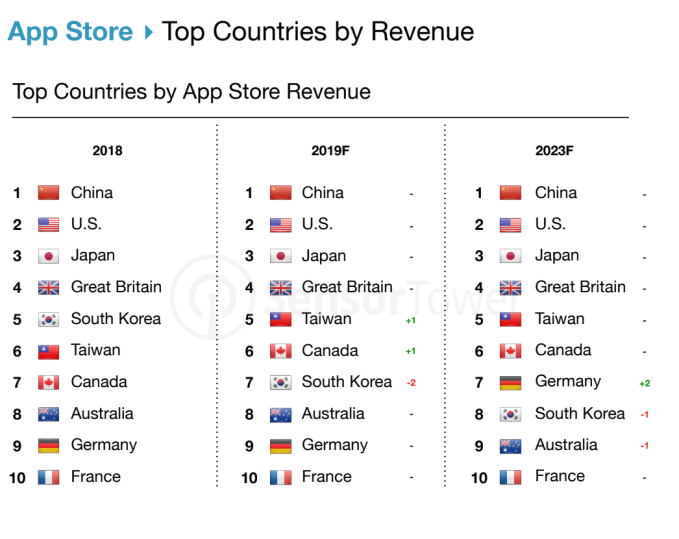 Sensor Tower is also estimating the U.S. will briefly pass China in App Store revenue by 2020 — a figure that ties to Apple’s slower iPhone sales in China, which led it to cut its revenue forecast. China was also substantially impacted by the game-licensing freeze, which saw app downloads fall 4 percent between 2017 to 2018, after having grown 8 percent the year before. Consumer spending then grew only 14 percent in 2018, versus 60 percent the prior year.

China’s revenue is expected to recover with the renewal of mobile game licensing, but the U.S. is now projected to reach China’s levels over the next few years. 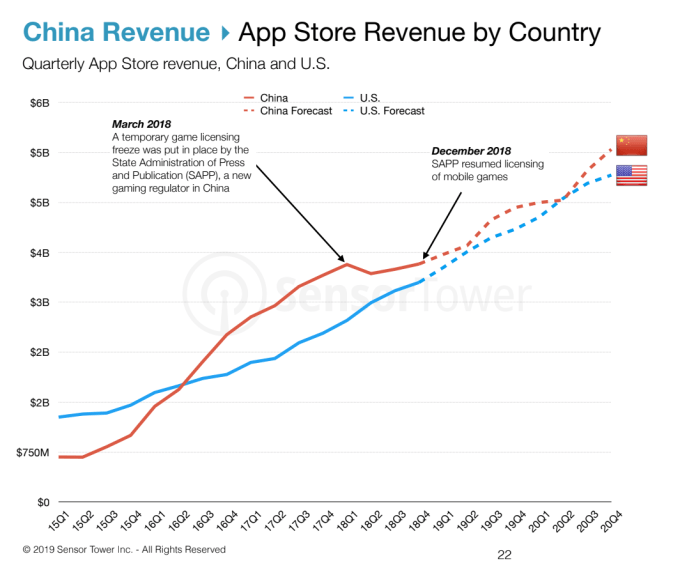 Thanks to subscriptions and the Entertainment category (e.g. streaming apps), revenue growth in non-game apps on iOS (24 percent) will pass growth of revenue in games (10 percent) over the next five years. This will lead non-game apps to accounting for 40 percent of App Store revenue in 2023, or $38.8 billion. 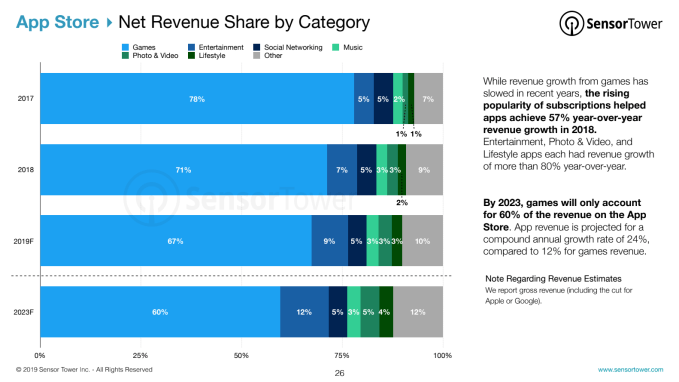 Games will continue to have a larger share on Google Play during this time, accounting for 86 percent of revenue by 2023, down from only 89 percent in 2017. 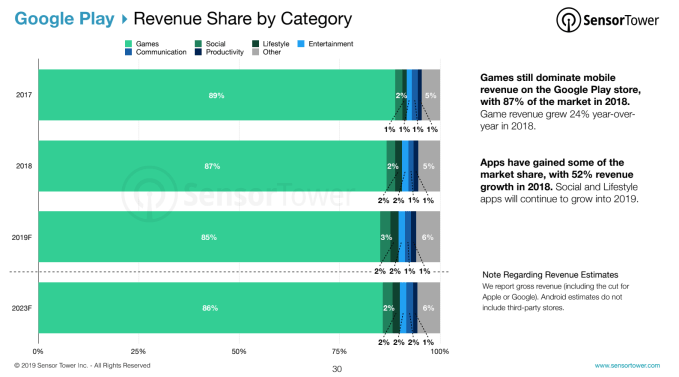 The full report is on Sensor Tower’s site.