While Magic Leap’s first augmented reality headset launch wasn’t the earth-shattering drop they had sort of pitched the world on, the company is about to see a major corporate partnership push their device in front of more consumers’ eyes. Next week, the $2,295 headset will be going up for sale at flagship AT&T stores in Boston, San Francisco and Chicago.

Having more channels of distribution than direct-to-consumer orders from the web is obviously good for Magic Leap, and distills some sort of bleeding-edge innovation marketing ethos for AT&T, but as the Magic Leap One appears to be exiting the dev kit phase of its life cycle, what relatively normal person out there is really going to be interested in buying this thing?

I think it’s fair to say that there isn’t a great reason to own one of these as a consumer, aside from just exploring a new piece of technology that’s pretty interesting.

VR platforms from Oculus and Valve have built up far more robust storefronts, but that’s going to be a big challenge for Magic Leap to do on its own. The company has showcased plenty of brief demos, but there isn’t a huge amount of gaming content for the device, and Magic Leap doesn’t seem to have realized any substantial new consumer hits. At AT&T’s in-store demos, Magic Leap will be showing off a Game of Thrones experience they’ve built with HBO.

The enterprise market is perhaps the more realistic sell, and while it would seem like most customers would know whether they want something like this, having the opportunity to take it for a whirl, albeit with some GoT content, might be the added push they need. 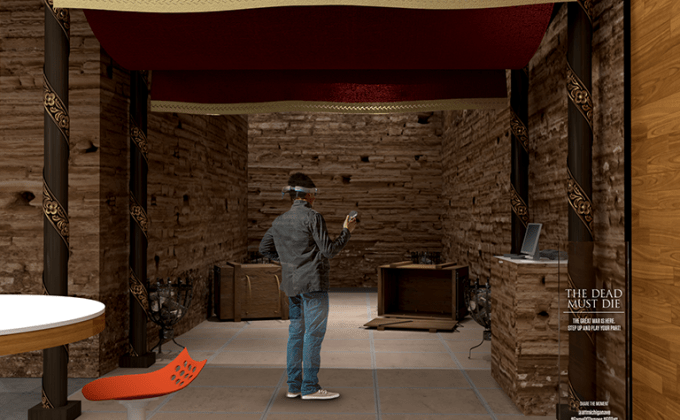