Artiphon, the startup behind the electronic instrument that it’s dubbed the Instrument 1, has raised $2 million in seed funding.

We previously described the Instrument 1 as a symphony, rock band and DJ that you can hold in your hand. It’s a device that allows you to create the sounds of a guitar, violin, bass, piano or drum machine without any real training.

Back in 2015, Artiphon raised $1.3 million for the Instrument 1 on Kickstarter, blowing past its goal of $75,000. The new funding is a more traditional investment, led by Warner Music Group — in fact, it’s the first publicly announced investment from WMG Boost, Warner’s seed investment fund for music-related startups.

“As true innovators in music creativity, Artiphon is a strong example of the types of companies and products we seek to support,” said WMG’s head of innovation and emergin technology Jeff Bronikowski in a statement. “They’ve already expanded the concept of the musical instrument as a smart, connected device and we’re excited to help them drive the future of interactive music.”

Artiphon co-founder and CEO Mike Butera told me that his goal for the Instrument 1 is to remove skill as a barrier to entry for creating music. In fact, he recalled receiving responses to the Kickstarter campaign that said, “How dare you let anyone sound good? I worked so hard to sound good, and now you’re making that accessible to anyone.”

Butera’s response? “Welcome to the future.”

To be clear, he isn’t trying to replace traditional instruments — he said he still plays his classical violin. Nor does he think the product is just for beginners. Instead, he says the Instrument 1 (with pricing currently starting at $399) can also augment the skills of trained musicians, allowing them to make sounds they never could with a regular instrument.

While I spent more than a decade playing classical piano, it was basically half a lifetime ago — I think it’s fair to say that I fall closer to the beginner side of the spectrum.

So it was a real delight for me to try out the Instrument 1. With just a few pointers from Butera, I quickly found myself noodling around and making different instrument sounds. In some ways, it reminded me of playing Guitar Hero, but with far more expressiveness.

Butera, by the way, fully embraces that comparison. He told me, “We’re interested in making music as fun, or more fun, than playing games.” 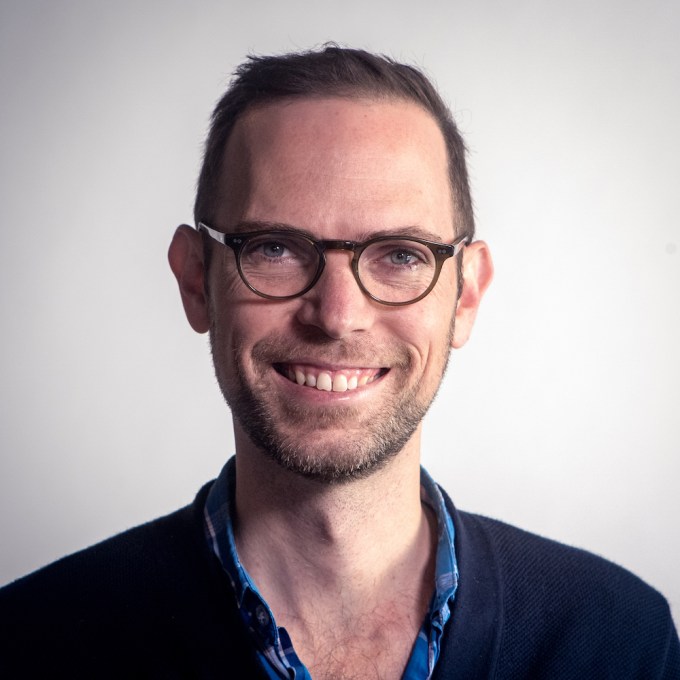 While the product is called the Instrument 1, Butera told me the name is meant to emphasize the idea of many instruments in one — it doesn’t mean Artiphon is already working on an Instrument 2. The startup may release more hardware in the future, but he said he wants to move away from “a consumer electronics mindset” where you convince someone to buy a new gadget every year or two, and instead create an instrument “that could last for years.”

“We are committed to the quality of the Instrument 1,” Butera said.

So the next steps for Artiphon include exploring more distribution channels, as well as building more software.

Artiphon has already created its own app for the Instrument 1, and the device is also compatible with a wide range of music software like Garage Band, but he said, “Okay, what can we do to help people actually play a song? It starts with the instrument … This is the foundation, now we’re getting to design experiences for people around the instrument that are in software.”