Curious whether you should cancel your existing magazine subscription and just subscribe to Apple News+?

Apple certainly seems to believe News+ is an outsized bargain for you. The company’s claim that it would cost users $8,000 to get annual access to the publications they are giving readers for $9.99 per month suggests that they see News+ giving consumers the full value of these publications’ subscriptions.

While it may provide access to most of these publications’ editorial content, due to the curated nature of the platform, it still might be a challenge for you to actually see all of these stories as you scroll and click through the app. News+ is still a great bargain for consumers, but the company has done little to transparently communicate what the service is not. 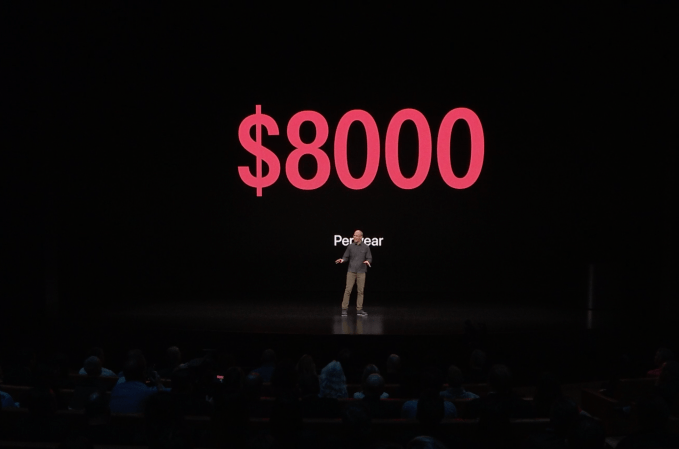 Apple and individual publications (such as ours) struck their own deals. Terms were dictated in ways that probably made publishers believe that there wouldn’t be much attrition from core subscription products, but little of that matters when consumer perceptions aren’t managed.

So what does my $35/month @WSJ subscription give me that I can't get on Apple News Plus for $9.99/month.

I might have to cancel on WSJ if I can't get a good answer.

Apple doing little to convey what users won’t see when they open the News+ tab is unfortunate, but it’s far more detrimental to publications earnestly looking to expand their user bases, not cannibalize subscriptions. Complicated deal terms don’t make for the prettiest keynote slides, but if consumers are left to make their own assumptions, they’ll likely just assume what Apple has told them is the truth, that they are getting “full access.”

As a subscriber, how are you supposed to know if your pricier Wall Street Journal digital subscription is any different from what is available on News+? Don’t look for fine print on the Apple News+ landing page, don’t look in the app itself, in fact; this information doesn’t seem to be available anywhere in Apple’s communications. The best rundown I’ve seen so far is this newsletter from CNN’s Brian Stelter, which suggests the paper is “trying to have it both ways,” letting News+ users access the full scope of the day’s content through search, though much of it won’t organically surface from Apple’s curation and will only be available for a limited time. Most users signing up for News+ likely won’t realize this.

Though the minutiae of “full access” is somewhat unclear, Apple is better than most at distilling complicated deal terms into something snappy, and I think it’s fair to say that non-print subscribers signing up for News+ will cancel existing subscriptions unless the reasons not to are thrown directly in their face by the publications.

Some are trying to do just that, but it’s not easy to surface caveats in the wake of a major Apple announcement.

The New Yorker’s editor, Michael Luo, laid out some of the differences between what access full subscribers would be getting to the magazine’s content compared to News+ subscribers, and it seems to boil down to the fact that “most” web content isn’t included in the deal alongside, some digital services like crossword puzzles.

1/ On this question of whether Apple News+ means you shouldn't subscribe directly to your favorite magazines any longer, here are a few things to think about: still the best way to read ALL that we do @newyorker every day and every week is to subscribe. https://t.co/c3uJ7pha5Q

A journalist’s thread with a dozen or so retweets won’t achieve the reach that Apple can, and the underlying points embody the frustrations that Apple seemed to implicitly suggest News+ was a total replacement for these publications’ subscriptions when they juxtaposed the massive $8,000 per year slide with the $9.99 monthly price of News+.

While plenty of these publications are seemingly stuck in News+ for the time being thanks to the initial terms of the Texture acquisition (which served as the basis for Apple’s new service), for the sake of securing newcomers with more flexible terms and poaching high-profile holdouts like The New York Times, it seems that Apple should be a bit more transparent to consumers about what all this new news service is and is not.