Podcasts are exploding in popularity and Y Combinator, the startup accelerator known for its long list of unicorn graduates, is throwing its support behind a business tackling the podcast monetization problem. Among its latest and largest-ever cohort is Brew, a subscription-based app complete with original content.

Though Brew’s founders, Jijo Sunny, Madhavan Ramakrishnan, Aleesha John and Joseph Sunny, call Brew the “Netflix for podcasts,” the app differs from Luminary, which made headlines with the same tagline and a $100 million round earlier this month. Luminary, which hasn’t yet launched, will similarly operate under a subscription model, charging $8 a month for access to its podcasts. Instead of opening its platform to creators of any stature, the business is striking deals with established voices in the podcast industry, like Guy Raz of “How I Built This,” Adam Davidson of “Planet Money” and celebrities Trevor Noah and Lena Dunham.

Brew, on the other hand, charges listeners $5 per month for access to a different demographic: upstart podcasters and rising stars alike. In other words, if you and your mom wanted to start a podcast — and get paid — you can sign up on Brew and instantly start raking in cash. That is, if you’re garnering an audience of listeners; Brew pays its creators based on their number of unique listens. 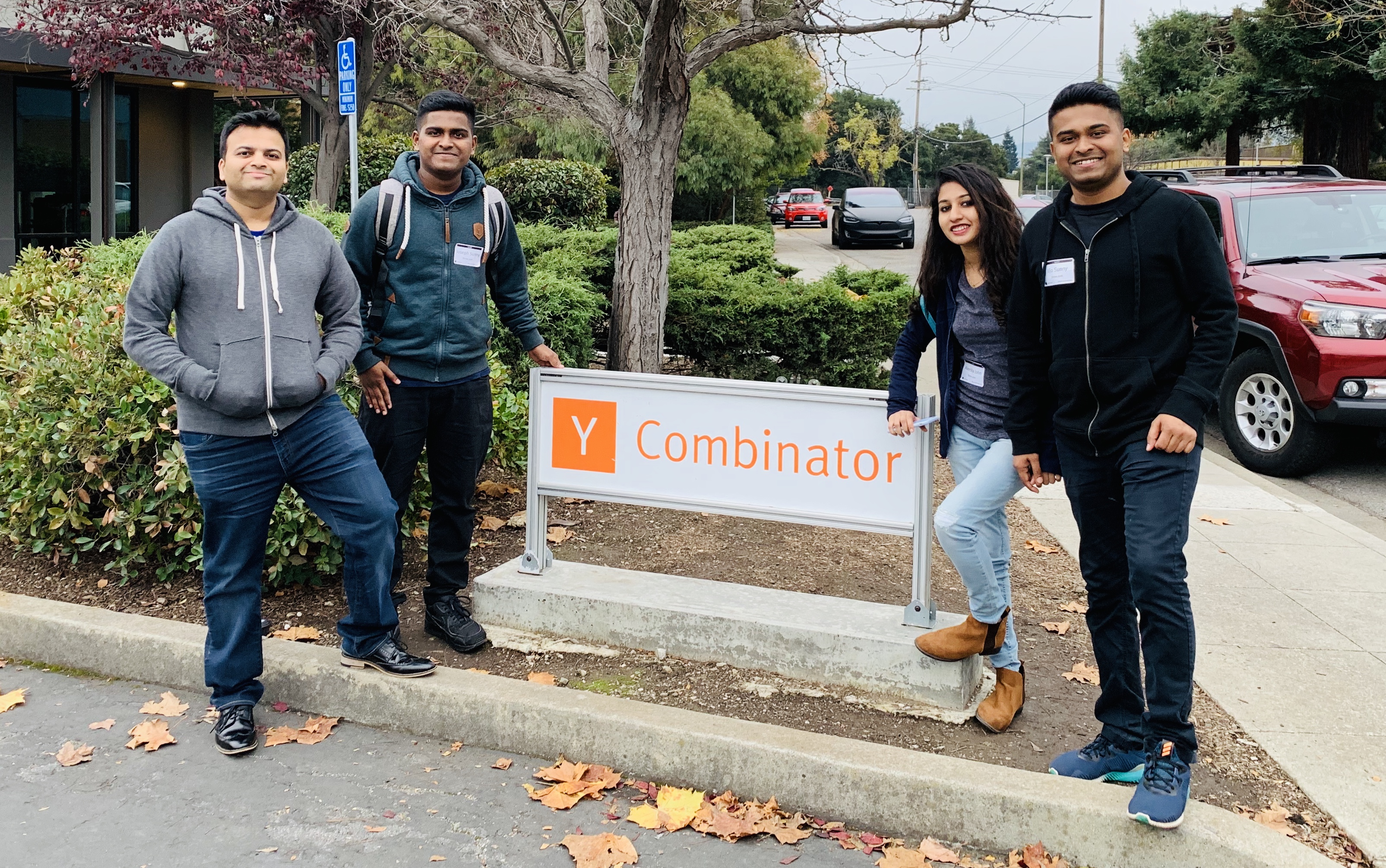 The founding team behind Brew, a startup tackling the podcast monetization problem.

“Podcasts, by nature, have a low barrier to entry and that’s the best thing about podcasts, right?,” Brew chief executive officer Jijo Sunny tells TechCrunch. “Anyone anywhere can set up a podcast. To be a Netflix for audio, it has to be for all creators, not celebrities like Trevor Noah.”

The app officially launched in the app store last week with several original ad-free shows, including original content from YouTubers Boogie2988 and Jack Vale, who boast a 4.5 million and 1.5 million following on YouTube, respectively. Next month, Brew will make its platform available for all podcasters to upload shows.

“Our vision is to help millions of creators earn a living doing what they love,” Ramakrishnan tells TechCrunch.

The startup’s long-term vision includes incorporating a tipping feature, much like Himalaya, another podcasting business that recently secured a $100 million check. Himalaya allows listeners to send micro-payments to creators to help subsidize their ad-based income.

Later, Brew plans to allow podcasters to operate online stores within the app, so they can earn additional money through merchandise sales. Live podcasts, publishing and production tools are also on the roadmap.

Podcast startups are taking off thanks to support from venture capitalists, but the people behind the content still struggle to earn a solid paycheck. Justine and Olivia Moore of CRV, an early-stage venture capital firm, say podcasts monetize at only a penny per listener hour, on average. Podcasting, in other words, makes 10x less money per hours consumed than radio, TV, magazines or any other major content medium. Meanwhile, 73 million people are enjoying podcasts every month, per Edison Research, and some 15 billion episodes are downloaded each year.

It’s clear there is an untapped opportunity to help content creators get rich. The Brew team’s experience — they previously built Buymeacoffee.com, a tipping platform for artists that has funded 40,000 people to date — coupled with VCs excitement for the growing medium puts Brew on a solid path for growth.

Brew’s team is originally from Kerala, India but plans to permanently set up shop in San Francisco. They’ve raised a total of $400,000, including Y Combinator’s $150,000 check. CrunchRoll founder Kun Gao and Teachable CEO Ankur Nagpal are amongst its early backers.

Brew, alongside some 200 other startups, will pitch to investors at YC Demo Days later today and tomorrow.

What’s next for podcasting?