PC gaming has grown to be a pretty wide niche of people with some far-flung similarities and differences, one thing they all share are souped-up rigs that rely on beefy GPUs. This is fine for those with dedicated machines but PC gaming isn’t too friendly to those trying to pull double-duty on their everyday machine.

Vectordash, launching out of the latest Y Combinator batch, wants to turn your Macbook Air or other underpowered rig into a formidable machine through their cloud gaming service.

The service is charging customers $28 per month to render their games on a cloud machine so that they can be run on non-gaming laptops. The idea of running Fortnite on any machine seems to be a somewhat central idea for the service, though you’ll just as easily be able to log-in to Steam and play through titles that you own.

Launching a cloud-gaming service seems like an expensive proposition, you need a bunch of server centers to host streamers and that’s a lot of upfront cost for an upstart, so Vectordash is cheating a bit and paying users with heavy GPU power to contribute to the gaming hive-mind over the cloud. The service says they’ll pay these GPU renters between $60 and $105 per month for the graphics processing real estate. The trick is, Vectordash is entering a bear cryptocurrency environment where there are tons of GPUs ready to be put to work, so the company will have a market as long as it can stay competitive with crypto mining returns. 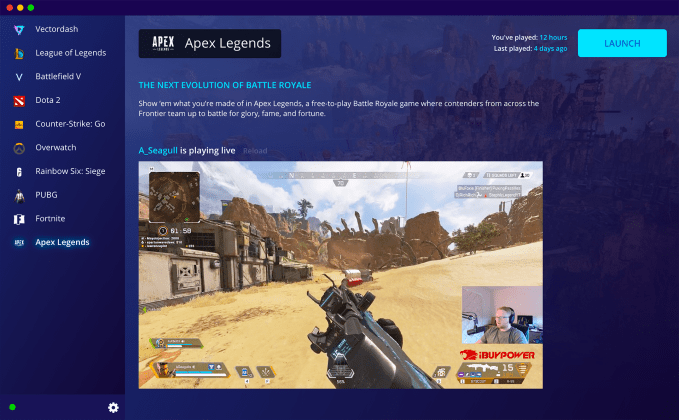 Relying on third-party GPU power will leave some difficulty in scaling with such high upfront costs alright taking a steep bite out of margins, but the startup seems to be fine with the tradeoffs and believes that plenty of gamers will see the use of the $28/month service if it means being able to run GPU-hungry games on their Mac or otherwise lightweight laptops.

This does leave the startup in a tricky position where they can likely be undercut on price by a tech giant that is willing to shift some data center power towards the product. At the same time, Vectordash’s distributed model of turning GPUs into sharing economy workers is probably more scalable when it comes to reaching the far-flung corners of the globe.

That’s because a major limiting factor for the technology is that it’s highly dependent on geographic proximity between game streamers and host hardware. As opposed to other streaming services, latency demands are pretty brutal due to the real-time input being sent to the host machines via keystrokes and mouse movements. If users aren’t getting feedback within 20-30ms, the lag grows noticeable and quickly feels unplayable if you’re firing away in something like a first-person shooter, co-founder Sharif Shameem tells TechCrunch.

Here’s Apex Legends being played on a 13” Mac.

At ~100 FPS.
With high settings.
At Retina resolution.
With less than 20 ms of latency. https://t.co/6ll4Hw3W51 pic.twitter.com/h1ZExQYtwm

This means that Vectordash is going to have to be very targeted with the markets they expand to as a game streamer needs to be within about 300 miles from the host machine. They’re kicking things off in the Bay Area and will be focusing efforts on the East and West coasts of the U.S. early-on. Gameplay can max out at 4K 60FPS if your internet connection is solid and can scale things down to 1080p if you’re missing some megabits.