According to its report, Twitter is now 40.2 percent female, 4.5 percent black and 3.9 percent Latinx. These figures are better than last year. 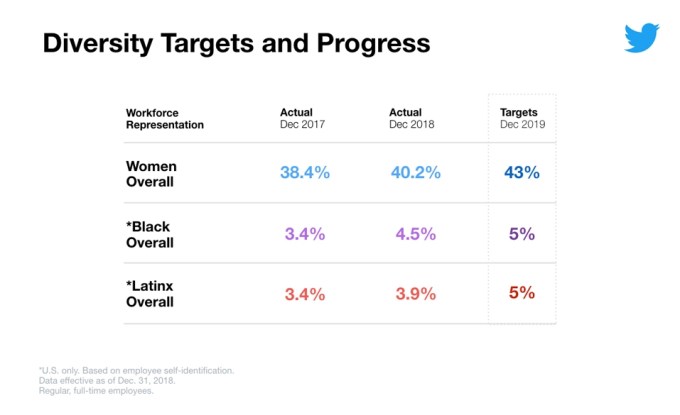 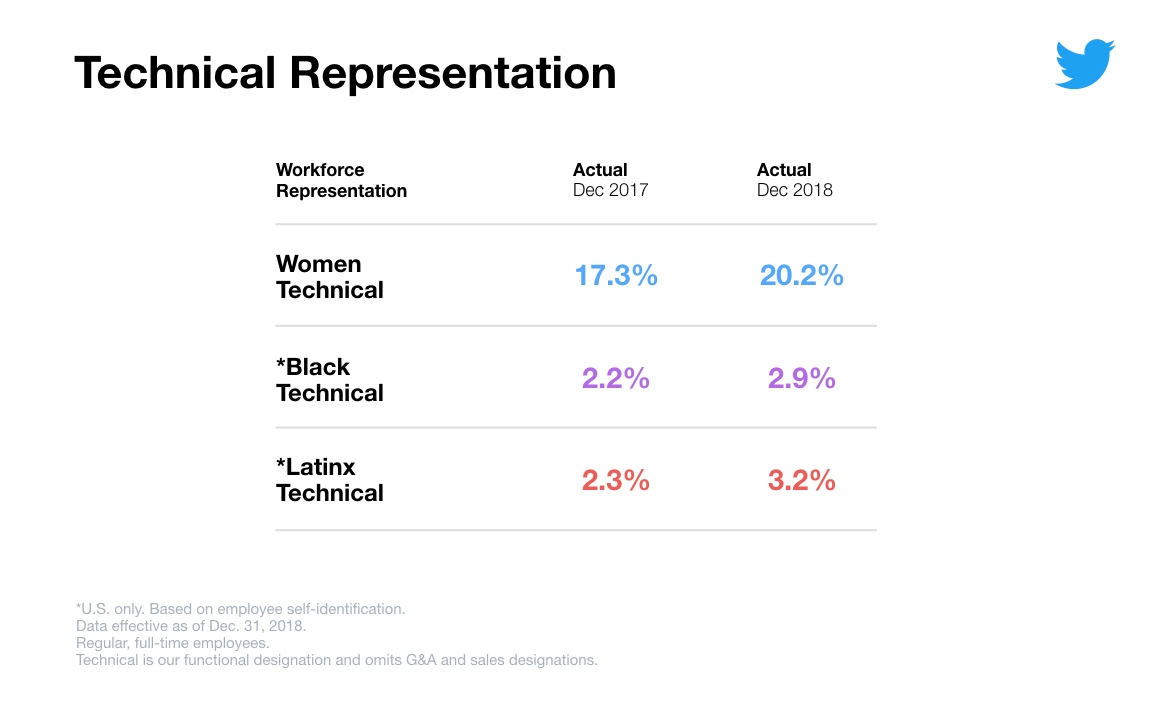 Meanwhile, of all the attrition Twitter experienced in 2018, women made up 39.6 percent of it, while black employees accounted for 3.9 percent and Latinx employees made up 4.2 percent.

Twitter has also implemented new targets for each member of the leadership team. Those targets are to attract, retain and include. 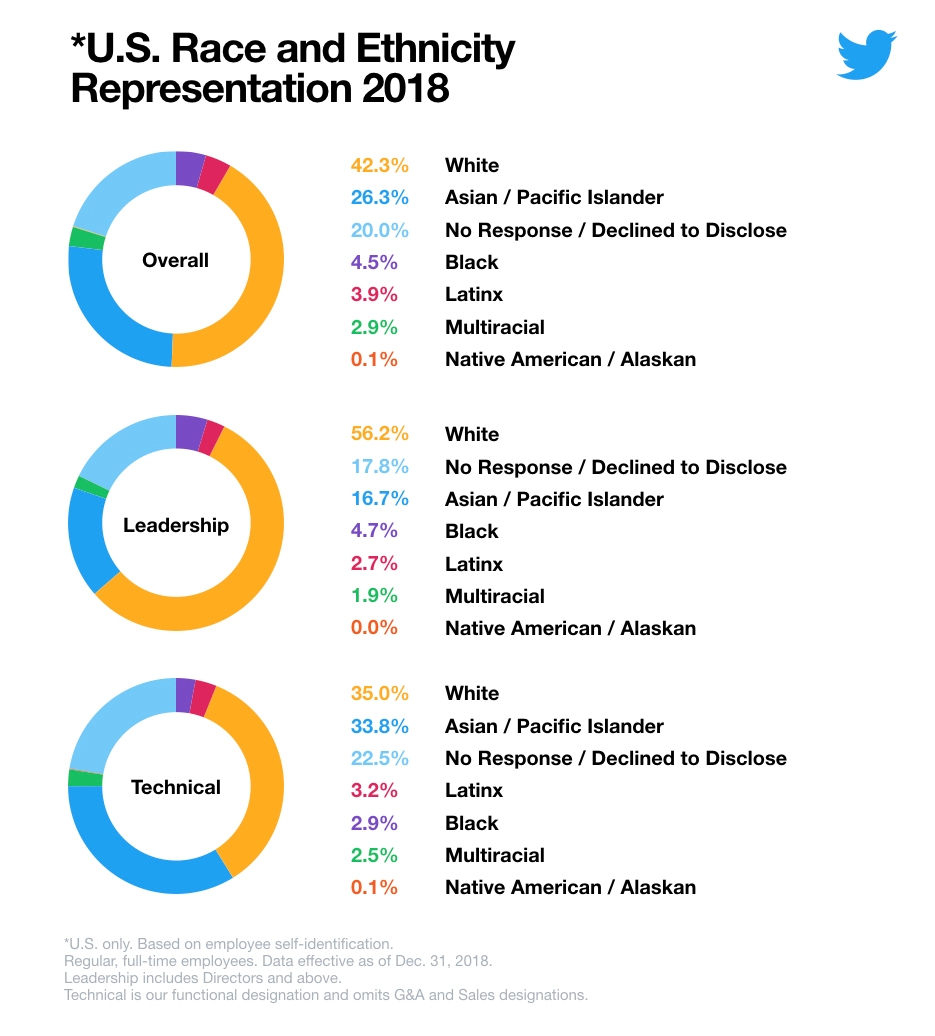 “Missing from this chart is sexual orientation and gender identity because we had lower participation in our self-ID survey for this category,” Twitter wrote in its blog post. “We believe a refresh of our self-identification efforts and a new anonymous survey will allow us to better understand and share a more accurate representation of our company moving forward. This will also put us in a position to report on representation for employees with disabilities and with military status.”

Moving forward, Twitter plans to release its report quarterly instead of annually and share data around pay equity and promotions. In a tweet today, Berland said the company is currently conducting the analyses and will share the results once they’re ready.