Obviously, there is a spectrum here from lethargic monopoly to cutthroat competition that causes more problems than it’s worth (environmental damage in the hopes of cutting costs, fraud, deceit, etc.). Drawing that line though is really, really hard though, and there are unfortunately not many non-academic discussions of how much competition is needed to spur innovation.

So it was surprising to read an entire chapter about this dilemma comparing China and the U.S. in Kai-Fu Lee’s book AI Superpowers (yes, yes, I am dreadfully behind on this particular book review).

While the book is about AI, Lee is trying to undo American conceptions of Chinese innovation early on in the text. Yes, the country was once a copycat haven, but that has changed as the learnings of copying have led to originality:

The first act of copying didn’t turn into an anti-innovation mentality that its creator could never shake. It was a necessary steppingstone on the way to more original and locally tailored technology products.

In his narrative, American (tech) companies didn’t fail in China because they were incompetent, but rather because they never made the effort to localize:

American public companies tend to treat international markets as cash cows, sources of bonus revenue to which they are entitled by virtue of winning at home. […] American companies treat China like just any other market to check off their global list. They don’t invest the resources, have the patience, or give their Chinese teams the flexibility needed to compete with China’s world-class entrepreneurs.

China’s entrepreneurs didn’t just learn how to build products quickly from their early copying, but also learned that they had to ferociously compete for markets:

The sheer density of competition and willingness to drive prices down to zero forced companies to iterate: to tweak their products and invent new monetization models, building robust businesses with high walls that their copycat competitors couldn’t scale.

Lee’s ultimate point is that by focusing on markets instead of mission, Chinese startups move far faster and more aggressively to seize opportunities. But that also means that there are can be thousands of startups all targeting the same market at the same time, which forces outside-the-box (read: quite possibly unethical or illegal) behavior in order to compete. “For these gladiators, no dirty trick or underhanded maneuver was out of bounds. They deployed tactics that would make Uber founder Travis Kalanick blush.”

I’ve talked a number of times about the “Chinese think Palo Alto is dumpy” problem. But it bears repeating: competition is the key to a startup ecosystem. Competition forces founders to move faster, to hire quicker, to make product decision with alacrity and otherwise to win their markets today and not a year from now. The best founders in Silicon Valley founders understand this, although this secret seems to be increasingly lost today.

History, of course repeats. Just yesterday, it was revealed that Chinese caffeine chain Luckin Coffee received a $200 million loan from investment banks in prep for an IPO. From Julie Zhu and Kane Wu at Reuters:

The firm officially launched its business only in January last year and in July raised $200 million in its maiden funding round that valued it at $1 billion, making it one of the fastest-ever firms to make the ‘unicorn’ milestone.

The loss-making firm has been expanding at breakneck speed with over 2,000 cafes opened and plans to open 2,500 this year – displacing Starbucks as China’s largest coffee chain in the process.

15 months and larger than Starbucks. That’s speed, and that’s how you compete.

Digging into the S1: Jumia IPO has points for praise and pause 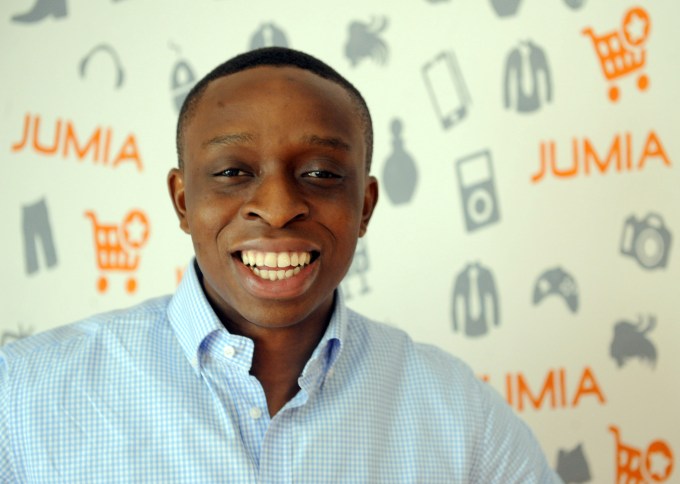 Jumia grabbed headlines yesterday after the African e-commerce player filed for an IPO on the NYSE. Our writer Jake Bright covered the news and provided insightful context around Jumia’s business model, its footprint, and the state of e-commerce in Africa.

With Jumia en route to becoming Africa’s first public tech company listed abroad, we dug into the company’s S-1 to get a better understanding of all its moving parts. Generally, the story is pretty compelling: Jumia is one of the largest pan-Africa e-commerce businesses with a large and rapidly growing active user base that is positively levered at Africa’s economic development and mobile adoption.

While the company is burning cash and losing hundreds of millions of dollars each year, that’s hardly uncommon anymore. But one area that gave me pause was the company’s margin breakdown.

To measure the economics and operating performance of the company’s core operations, Jumia uses “platform contribution,” a metric it defines as gross profit — excluding revenue from services outside the core platform — subtracted by fulfillment costs from third-party logistics providers, primarily related to freight and shipping. Using this metric, Jumia’s platform contribution was about 9-11% of sales in 2017-18.

However, Jumia’s metric excludes fulfillment and delivery costs associated with Jumia’s network of warehouses, their fulfillment employees, and other related expenses, with the logic being that these costs are fairly flat year-to-year and less indicative of the variable costs of the business. However, as an e-commerce logistics and delivery provider, the unaccounted for fulfillment costs seem at least relevant, if not core.

If we were to include all Jumia’s fulfillment expenses in the calculation, Jumia’s platform contribution would actually be negative 5-11% in 2017-18. While thin to negligible margins aren’t unusual for scaling e-commerce platforms, Jumia’s margins fall short of levels seen in past prospectuses from some of the e-commerce giants Jumia looks up to. Amazon, Alibaba, and even JD.com all had at least a year of positive margins including total fulfillment costs at the time of their S-1s. (Though to be fair here, none of the three companies are apples-to-apples comps — Amazon’s S-1 was decades ago, Alibaba operated on a completely different scale at the time of its IPO, and JD.com used a different model focused on direct sales).

Still, the numbers here are just a little unnerving within the context of Africa’s previous e-commerce failures, as discussed by Jake Bright:

Jumia also competes with services backed by Amazon and Naspers in several of its markets, which can be daunting when competing on economics.

The other disclosure that had me harping on Jumia’s fulfillment expense was in the “Risk Factors” section, where the company highlighted that it operates in markets with under-developed physical, economic, legal, and institutional infrastructure. And while there’s heavy investment going into African infrastructure — which could act as a growth tailwind for Jumia in the long-run — improving, let alone creating, infrastructure takes much longer than doing the same in normal business operations, as we’ve discussed ad nauseam.

Because of the lack of infrastructure, Jumia openly discusses the difficulties of delivery and stable fulfillment in its markets and has had to build out a lot of operational infrastructure itself. To me, it at least raises questions around how quickly Jumia will be able to get its cost structure down and whether it might take a bit longer compared to some of its global e-commerce peers.