It’s a tricky proposition for a product launch: last year’s model, but with fewer features. But sometimes the rules of consumer electronic update cycles were made to be broken — or at the very least, a little bent.

Last year’s Versa was itself a paring down from the company’s first true smartwatch, the Ionic. In that case, things worked out great. We were…less than enthusiastic about the device when it first hit, and by all accounts, it wasn’t the sort of runaway success Fitbit was counting on to right the then tenuous ship.

But Versa arrived with fixes to some of the product’s biggest issues — name pricing and size. Fitbit’s second take on the category was a much more immediate hit. The device has propelled the company to the number two smartwatch spot here in the U.S., behind you know who. It’s precisely the success story the company needed.

The Versa Lite finds the company dropping the entry-level price point even further, down from $200 to $160. That’s less than half the price of an Apple Watch Series 4 — an extremely tempting proposition for anyone who has been eyeing a Cupertino timepiece but has ultimately been too put off by the price tag to pull the trigger.

The new device looks nearly identical to the full version, save for its loss of a couple of buttons. And really, it’s the features that the product doesn’t have that are the most important to this story. So let’s break those down.

If none of those are jumping out at you, congrats. You just saved $40, because you, my friend, are the target demographic. It feels nice to be wanted, even if it’s just by a company trying to sell you gadgets. 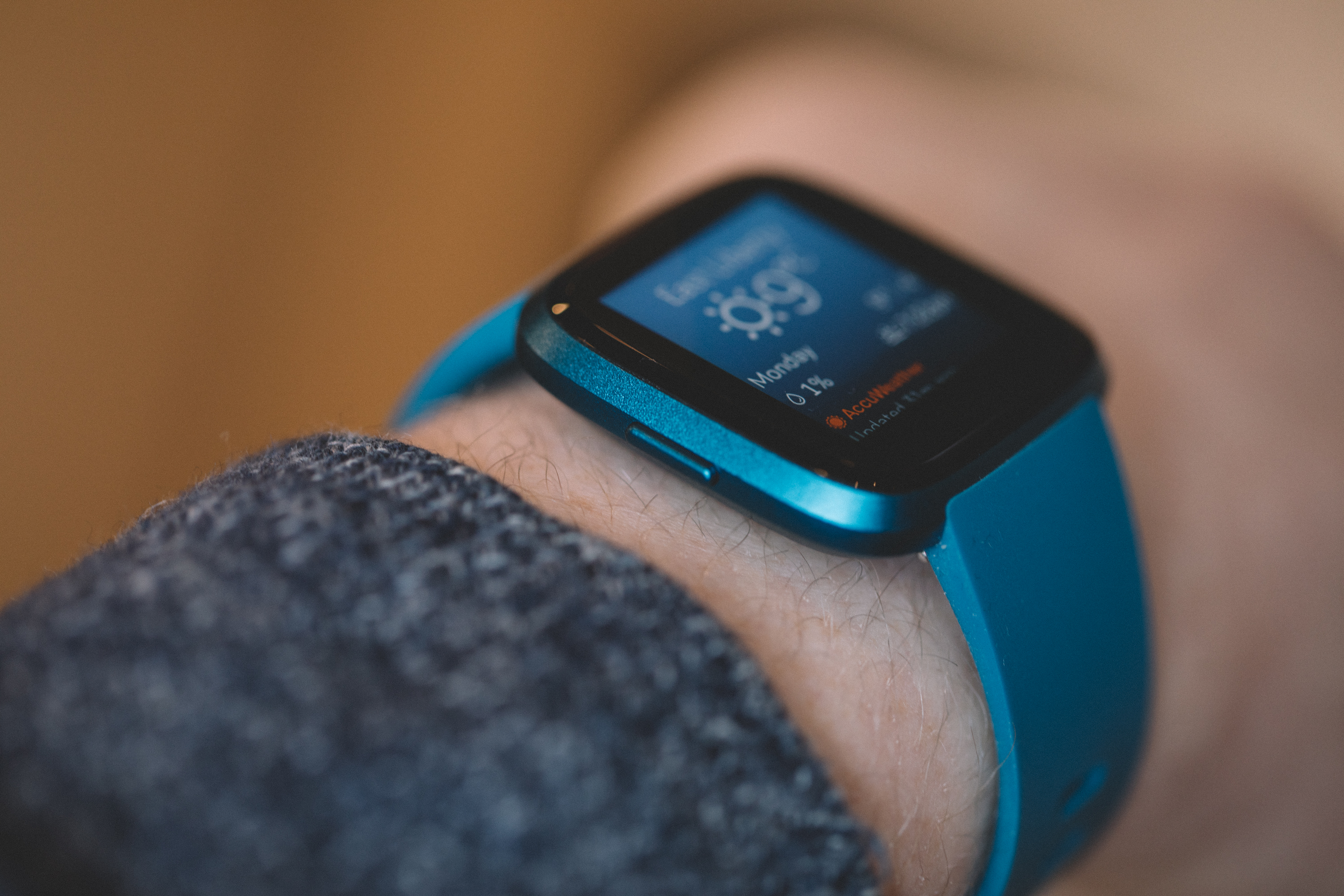 I’ll be honest, none of those are jumping out at me as things I would truly miss (though your mileage will almost certainly vary). The last two jump out most among the lot. They’re probably the two most important features for those interested in leaving the smartphone at home. I’ve long been convinced this is a fairly small portion of the overall market — especially when you factor out a smartwatch with built-in LTE.

In a recent interview, CEO James Park told me that the Lite is the result of conversations with the company’s user base — weighing which features are the most important and worth sacrificing in the name of keeping the price down. Even more than that, however, I think the device is a testament to Fitbit zeroing in on the Versa’s real appeal: being a low-cost alternative to Apple and Samsung wearables. 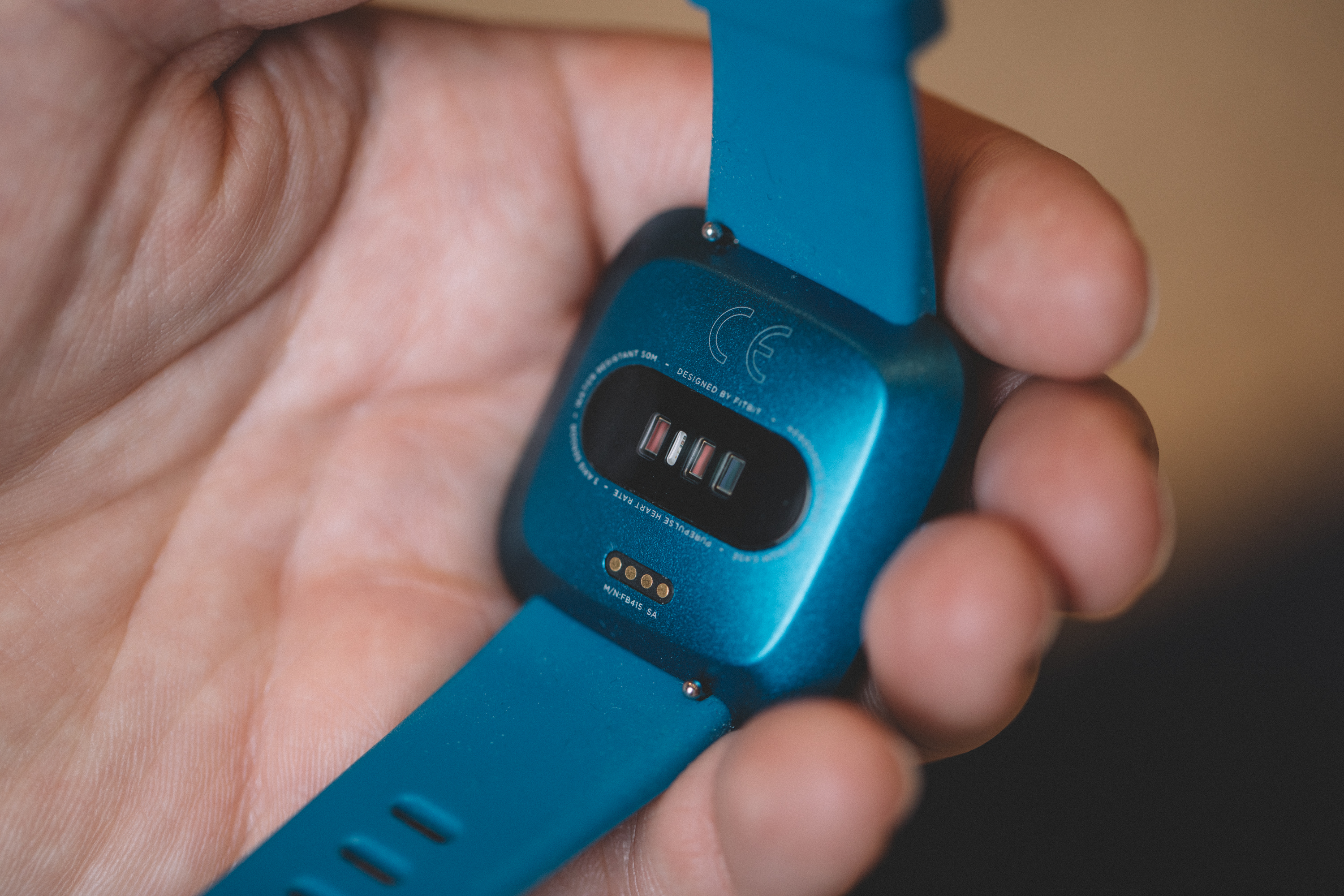 In other words, the Lite makes the most sense as a stepping stone positioned somewhere between Fitbit’s highest-end tracker and the full-fledged version. It’s a product designed for people looking to get more out of their products than the company’s monochrome wearables are capable of delivering, and, more importantly, it’s a mere $10 more than the Charge 3.

Of course, all of the complaints about the original Versa still stand (but for those that were tied to features that aren’t present). There’s no GPS, the UI is almost too simple and the app selection is still lacking. 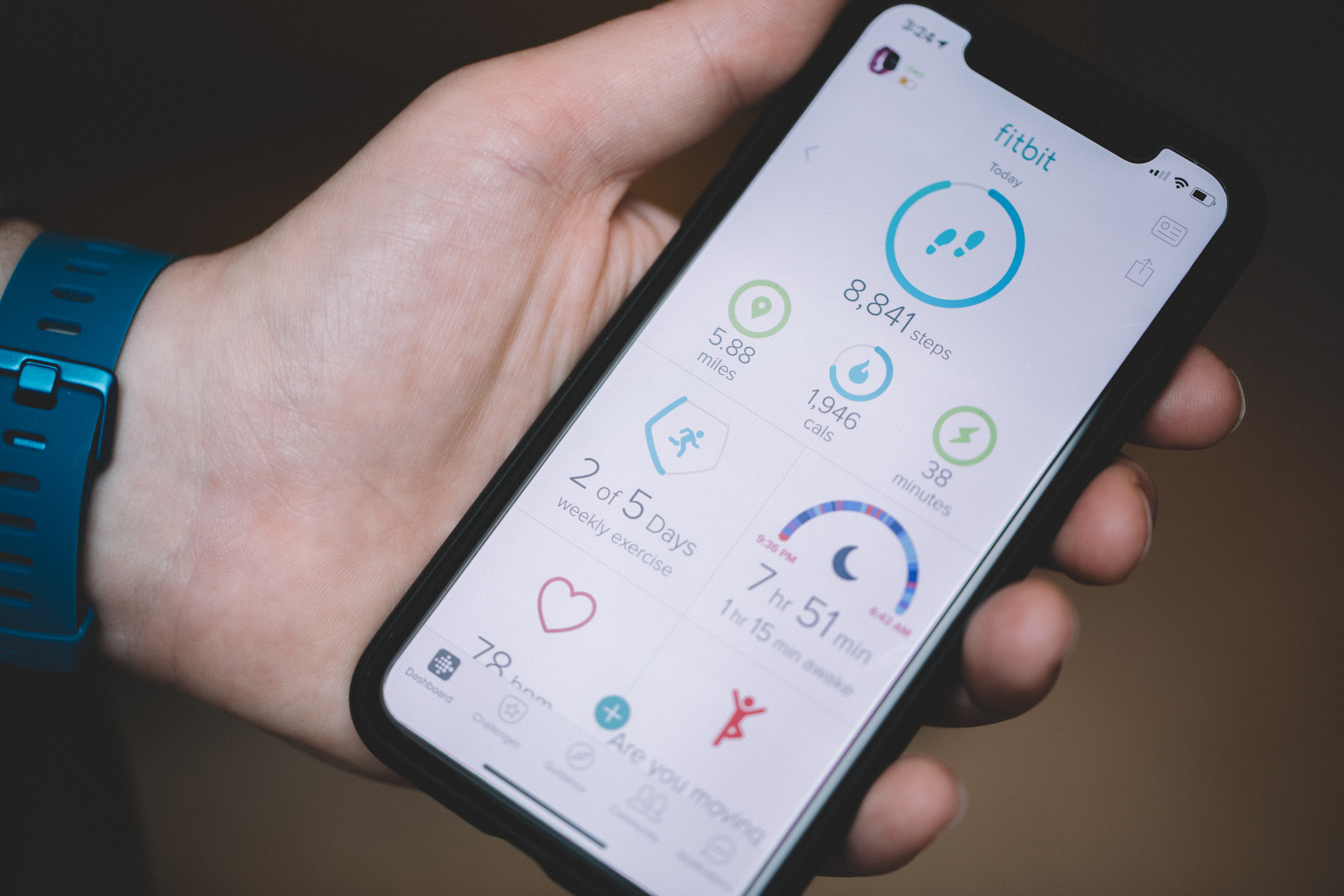 On the last front, things will continue to improve, at least. The company has demonstrated that it’s a force to be reckoned with among the smartwatch set, so eventually there should be more marquee additions. For now, however, it still means slim pickings.

The one place that’s less true is on the fitness/wellness front, simply because Fitbit has spent years refining its own offerings. The product offers an insightful peek into movement, sleep and the like, with detailed breakdowns accessible via the app. Like a weirdo, I’ve been wearing both the Versa Lite and Apple Watch Series 4 on my wrist for a few days and found the step counts close enough to be within the margin of error. 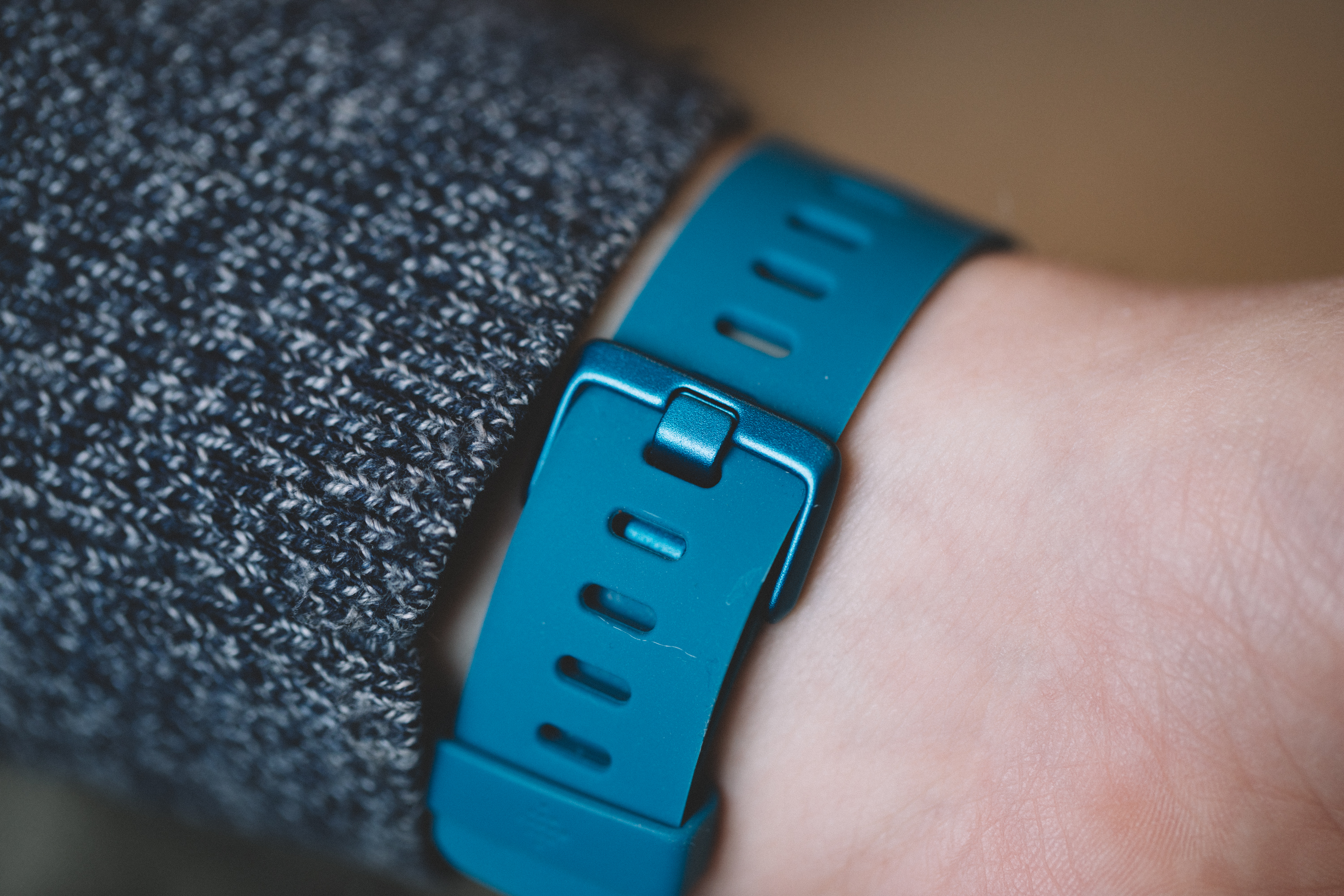 The Versa does a good job determining the differences between running, walking and the treadmill — though I did miss the auto-tracking notification that pops up on the Apple Watch when it detects a workout. And unlike the Series 4, there’s no EKG/ECG option here — though again, pricing is a part of that. As is, frankly, the speed with which the company had to launch a smartwatch team.

The size and shape are great. A smaller version for smaller wrists would have been nice, but it’s compact enough to fit on a lot more body sizes than many of the clunky smartwatches currently crowding the market. It also looks nice, with a minimalist design that brings to mind nothing more than a squat, squircle Apple Watch with a more plasticky finish. As for the battery, that’s stated at four days. I haven’t been wearing the device that long, but I’m going on multiple days already without having to charge it up. So far, so good. 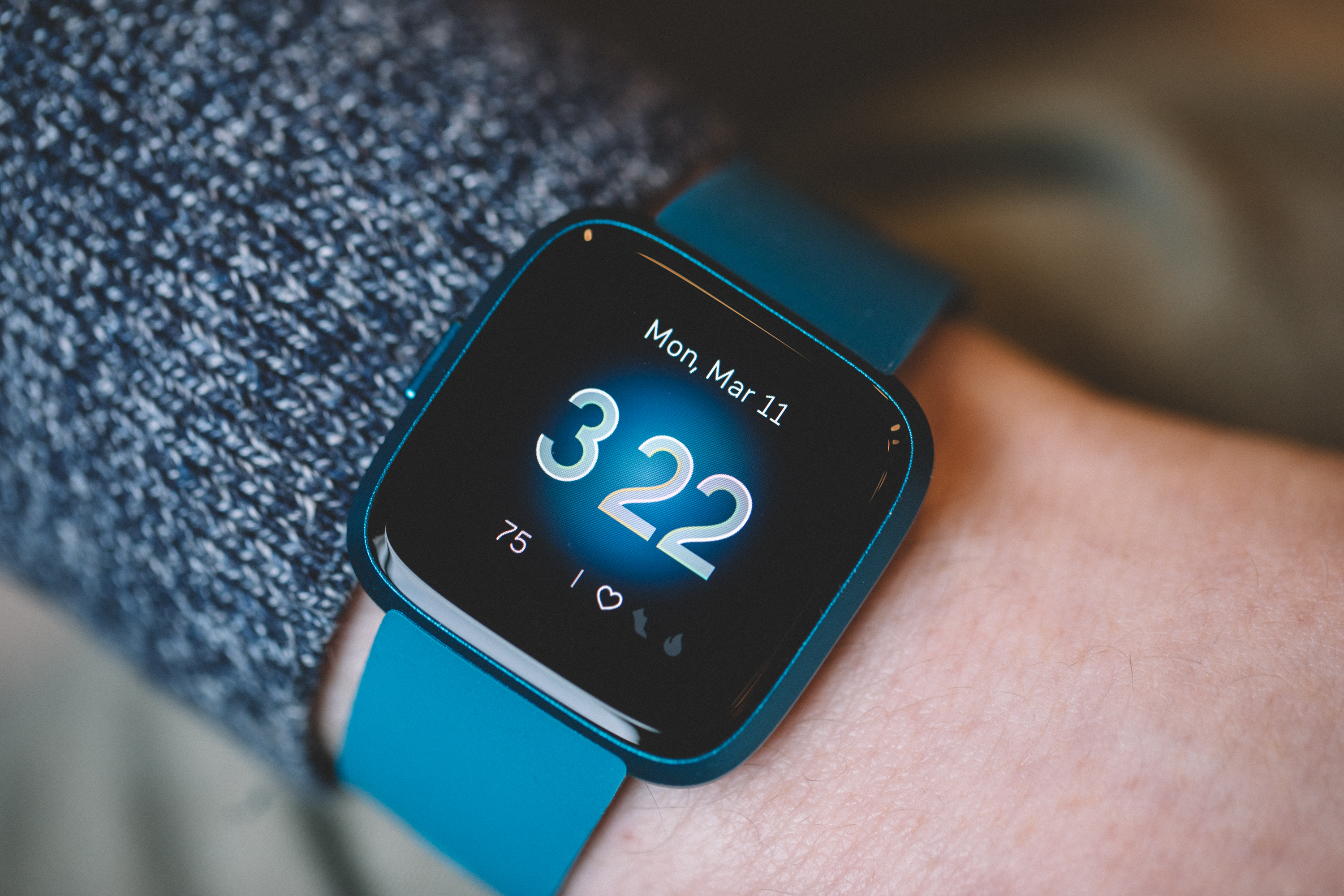 The biggest disappointment with the Lite is that it’s not the Versa 2. It’s nice to see a company like Fitbit reverse its fortunes, and the acquisitions that led to these new smartwatches are arguably the single-biggest driver.

The Ionic represented a bit of a swing and a miss, while the Versa was a solid line drive. That makes the Lite a bit of a bunt. It’s not bad. The players advance, but more than anything, it leaves you wondering what’s up next in the lineup.