CXA Group, a Singapore-based startup that helps make insurance more accessible and affordable, has raised $25 million for expansion in Asia and later into Europe and North America.

The startup takes a unique route to insurance. Rather than going to consumers directly, it taps corporations to offer their employees health-flexible options. That’s to say that instead of rigid plans that force employees to use a certain gym or particular healthcare, a collection of more than 1,000 programs and options can be tailored to let employees pick what’s relevant or appealing to them. The ultimate goal is to bring value to employees to keep them healthier and lower the overall premiums for their employers.

“Our purpose is to empower personalized choices for better living for employees,” CXA founder and CEO Rosaline Koo told TechCrunch in an interview. “We use data and tech to recommend better choices.”

The company is primarily focused on China, Hong Kong and Southeast Asia, where it claims to work with 600 enterprises, including Fortune 500 firms. The company has more than 200 staff, and it has acquired two traditional insurance brokerages in China to help grow its footprint, gain requisite licenses and increase its logistics in areas such as health checkups.

We last wrote about CXA in 2017 when it raised a $25 million Series B, and this new round is a bridge to a Series C that takes the company to $58 million from investors to date. Existing backers include B Capital, the BCG-backed fund from Facebook co-founder Eduardo Saverin; EDBI, the investment arm of the Singapore Economic Development Board; and early Go-Jek backer Openspace Ventures. They are joined by a glut of big-name backers in this round.

“There are additional insurance companies and strategic partners that we aren’t listing,” said Koo. 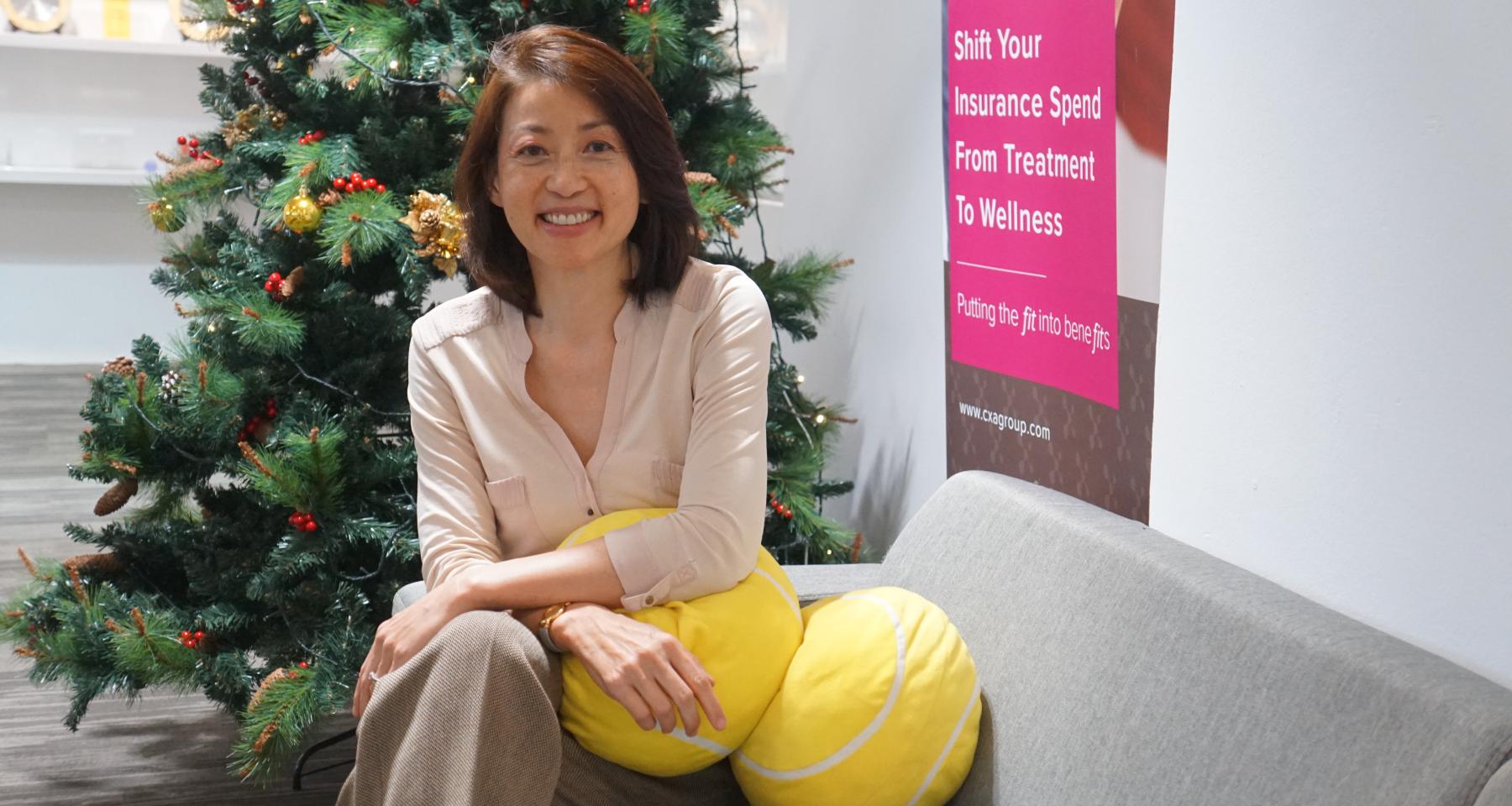 Rosaline Koo is founder and CEO of CXA Group

That’s a very deliberate selection of large corporates that are part of a new strategy to widen CXA’s audience.

The company had initially gone after massive firms — it claims to reach a collective 400,000 employees — but now the goal is to reach SMEs and non-Fortune 500 enterprises. To do that, it is using the reach and connections of larger service companies to reach their customers.

“We believe that banks and telcos can cross-sell insurance and banking services,” said Koo, who grew up in LA and counts benefits broker Mercer on her resume. “With demographic and work/life event data, plus health data, we’re able to target the right banking and insurance services.

“We can help move them away from spamming,” she added. “Because we will have the right data to really target the right offering to the right person at the right time. No firm wants an agent sitting in their canteen bothering their staff, now it’s all digital and we’re moving insurance and banking into a new paradigm.”

The ultimate goal is to combat a health problem that Koo believes is only getting worse in the Asia Pacific region.

“Chronic disease comes here 10 years before anywhere else,” she said, citing an Emory research paper that concluded that chronic diseases in Asia are “rising at a rate that exceeds global increases.”

“There’s such a crying need for solutions, but companies can’t force the brokers to lower costs as employees are getting sick… double-digit increases are normal, but we think this approach can help drop them. We want to start changing the cost of healthcare in Asia, where it is an epidemic, using data and personalization at scale in a way to help the community,” Koo added.

Talking to Koo makes it very clear that she is focused on growing CXA’s reach in Asia this year, but further down the line, there are ambitions to expand to other parts of the world. Europe and North America, she said, may come in 2020.

Update 03/13 18:36: The original version of this article has been updated to not that the round is a bridge ahead of a Series C, not a Series C.