Entrepreneurs and tech executives are widening their gazes outside of developed nations for their next source of growth. Ubiquitous cheap phones and increasingly affordable phone plans such as Jio in India are helping another billion users join the internet. What do those users want though, and how are they the same and different than existing internet users?

That’s the subject of a critical book by Payal Arora, entitled The Next Billion Users: Digital Life Beyond the West. The compact thesis encompasses a range of argumentative vignettes on how Western tech founders and non-profit executives misinterpret the needs of the global poor — and what internet access really means to them.

“Let’s drop the morality and let’s start engaging with the reality,” Arora explained in an interview with TechCrunch. “Let’s celebrate the mundane over the grand.” That’s the summation of more than two decades working with the global poor and engagement with issues of technology, social media, and entrepreneurship.

In her book, Arora, who today is a professor at Erasmus University Rotterdam in the Netherlands, argues against narratives that make it hard to see the global poor for who they really are. “The various templates about the global poor today — as blank slates, criminals, deviants, virtuous beings, entrepreneurs, self-organizers, victims, and more — is testament to the mystification strategies at play in the framing of this vast populace.”

As she discussed with TechCrunch, “[The internet is] basically an always ongoing project, and it’s constantly going to be shaped by the people who use it.”

Far from being “exotic,” these users need many of the same things found in the West: entertainment, education, and romance. In fact, there is a huge intellectual gap between what Western product leaders believe these next users want, and what they really desire. When youth (and a huge proportion of these new users are young given demographics in emerging markets) acquire digital devices, their top priorities are often listening to music and communicating on social media like Facebook.

Indeed, the entire expansion of technology in many parts of the world are driven not by necessity, but by a desire to have fun. “From Jio to Facebook, these initiatives have at least one thing in common: they promote leisure usage to motivate people to adopt these new technologies,” Arora writes.

She emphasizes the importance and challenges of notions of “play” in regard to this new digital divide. As she writes, “The concept of jugaad, or ‘frugal innovation,’ has become pervasive. How to get more from less is the name of the game.” The bottoms-up innovation seen in places like India are a positive form of play, where users remix their technology to meet their needs.

Yet, that innovation is not always looked upon favorably by Western executives. Piracy can be rampant in developing economies due to the lack of resources available to pay for Western-priced media. “Legitimizing the ingenuity of the poor in creating a marketplace for digital leisure through pirated goods comes at the cost of disrupting the core business model of the Western media industries.”

Privacy is much more complicated in these emerging markets

Every day in the West, there is news of data breaches and privacy violations. Europe has passed one of the most comprehensive policies to protect user privacy in the world with GDPR, and concerns around privacy on platforms like Facebook are hot issues in Silicon Valley policymaking circles these days.

Arora sees a much more complicated relationship with privacy for the global poor though. For these users, “privacy is not such a big issue, not because they don’t care about privacy, not because they don’t quite get it. […] But the fact that it is still — in relation to their actual lives — far more private,” she said. In her book, she writes, “They are savvy hiders when they need to be, and active seekers when they need to be, especially when seeking happiness online.”

These new users are often coming from very conservative and gendered societies, where even showing a woman’s face can be grounds for punishment. Yet, women and men often use social networks like Facebook and Twitter as pathways around these rules, purposely using technology to intermediate their social lives. Plus, they can be fun. “Facebook is a ‘happy’ place. This matters a lot in [Brazil’s slums known as] favelas, where young people’s day-to-day lives are entrenched in poverty and violence.”

Technology of course creates new sets of problems. Location-based technologies can help gangs target individuals for harassment or kidnapping. Romance scams are proliferating as young men and women try to find a relationship online. A scandalous image can be distributed to the shame of families and entire communities. Yet, these simple connections made through tech can make the burdens of living poor just a bit less hard.

For entrepreneurs, focus on the mundane

Arora’s most trenchant criticism is when she analyzes the obsessive focus of Silicon Valley and its entrepreneurs on grand projects rather than on core needs.

She heavily criticizes Nicholas Negroponte and his One Laptop Per Child program (an argument that at this point feels redundant), along with Sugata Mitra of the Hole-in-the-Wall experiment that plopped computers in villages with the belief that it would transform education. In our interview, Arora said that “I’m not saying they were not inspirational, but they were brazen in the sense that it was so deeply arrogant.”

Instead of looking for rocket ships and novel technology, she recommends that product designers simply offer the poor the dignity of meeting the needs they already express. Talking about the success of Jio in India, Arora writes that it’s strategy “was motivated by the ‘ABCD principle’ dictating the online market in India — based on the fact that most Indian consumers use most of their data to access content on the Astrology, Bollywood, Cricket, and Devotion sites.”

Some founders, government agencies, and aid groups find that conclusion hard to accept. They want to castigate such leisure pursuits and frivolity, arguing that users should be educating themselves and trying to “rescue themselves” out of poverty. Arora argues passionately that self-expression, the ability to explore sexuality, to engage with political opinions in a safer space, and more are absolutely the right of the poor to pursue. Memorizing molecular biology facts can take a back seat.

Next Billion Users doesn’t have a single thesis to offer, to its credit and also detriment. Instead, Arora offers a selection of anecdotes, data, and perspectives to try to open the reader to a wider world. In that project, she has succeeded, and it is worth anyone who has users outside of SoMa to take in her cultivated point-of-view.

Our infrastructure problem is also a data problem 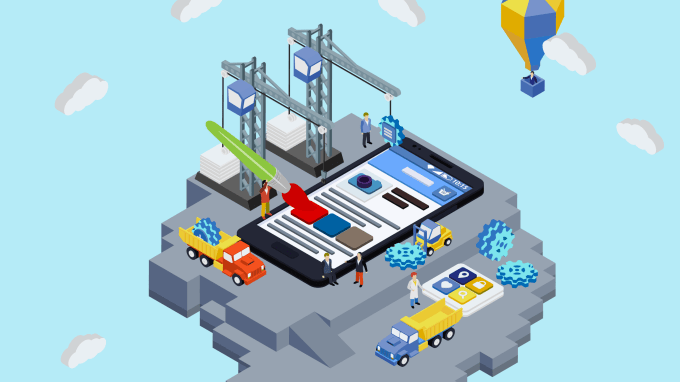 Image by 31moonlight31 via Getty Images

We’ve been trying to dig deeper into how we got to such a broken system of infrastructure development and why we can’t build anything.

This week, we spoke to Benjamin Schmidt, CTO of RoadBotics, a startup that collects visual imagery from a smartphone or dashcam and uses an AI / ML platform to identify all the deficiencies in the surrounding infrastructure. RoadBotics helps over 100 different governments in the U.S. — from big cities like Detroit all the way down to small towns — monitor, manage and understand the state of their roads and infrastructure.

The conversation offered great background on the misinformation – or the lack of information altogether – that muddies the infrastructure development process in the U.S.

Traditionally, governments monitor the state of their physical infrastructure manually – as in they literally have someone drive around and mark down how things look. So monitoring an entire system of infrastructure can be quite costly, and collecting clean data can be incredibly time-consuming. Given the expense, Schmidt said that some governments wait five and even ten years to resurvey their infrastructure, meaning they’re planning, developing, and operating on outdated information.

The most poignant takeaway from the conversation came when Schmidt lamented how, after talking to more than 200 governments, he was shocked that practically none had a complete understanding of the state of their road networks. “Yet, when governments are asked how much money would be needed to upgrade their roads, they still offer up some definitive number even though they could not possibly know the cost.”

The misinformation governments have on the state of their infrastructure, as Schmidt observed, is a huge issue for infrastructure planning and costs:

Silicon Valley loves to analogize data as the “new oil,” but governments still need to build their first wells if they are ever to bring infrastructure costs back to earth.