A big selling point of ordering food to the doorstep in China is price, which, in the early years, could be much cheaper than eating in-house. That’s arguably indulged a demographic of lazy, indoorsy eaters, but that may not last for much longer.

Over the past few months, users in China have noticed incremental price increases on their meals ordered via Ele.me and Meituan, the country’s largest food delivery apps. The trigger? China’s food heavyweights have gone about taking a bigger cut of each order — more than 20 percent in some cases — as their priorities shifted following a major upheaval.

Ele.me and Meituan work just like their American counterparts Uber Eats, GrubHub, DoorDash and the like. The apps list menu items from an assortment of local restaurants. When a user places an order, they pass it along to the restaurant and dispatch a driver — in China’s case, a scooter driver — to pick up the food. The customer can then see when their meal will arrive through a live map tracking the driver’s movement.

This new habit of ordering food via a marketplace app rather than calling a restaurant caught on rapidly in China, in part thanks to vast sums of subsidies from companies like Ele.me and Meituan to bring costs down for restaurants and users. The market was on course to reach 240 billion yuan ($35.8 billion) in transactions in 2018, with an 18 percent year-over-year growth rate, estimates research firm iiMedia. Total users would reach 355 million, which means a quarter of Chinese are now ordering food from their phones. 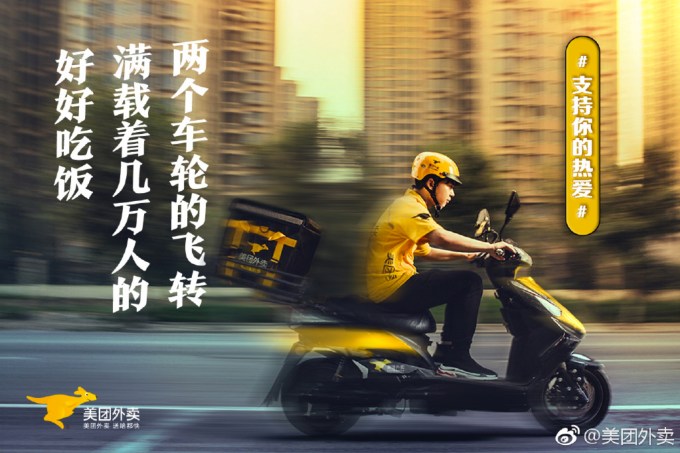 Food delivery startups willingly undertook the cash-intensive fight because they had deep-pocketed backers. For a few years, the sector was a three-way proxy war between China’s tech mammoths Baidu, Alibaba and Tencent, which are collectively known as the “BAT.” Baidu effectively quit the scene after selling its food delivery business to rival Ele.me in 2017. Last year saw more shakeup as Alibaba took over Ele.me, which subsequently merged with the parent’s local services unit Koubei, while Meituan went public with Tencent being a major shareholder.

Meituan led the game in 2018 with a 61.3 percent market share, according to research firm TrustData, giving it a meaningful edge over Ele.me, which alongside its newly acquired Baidu Waimai commanded a total of 36.5 percent share.

Subsidies were helpful in enlisting restaurants and consumers early on, but as the market consolidates, investors will likely become more attuned to monetization. It’s thus unsurprising to see both major players scaling back from subsidy-powered growth. It’s too soon to know how the face-off between Ele.me and Meituan will play out in the next few years, as the duo is now dealing with a fresh set of challenges and goals.

It’s hard to nail down how much Ele.me and Meituan are charging restaurants from each transaction, as fees vary on the location, type and size of a restaurant. What’s widely acknowledged is that both have been raising commission rates once every few months, forcing restaurants to rethink their strategy for ferrying food around.

“We’ve raised all our items by at least two yuan [$0.30]. We aren’t worried because we’ve built a loyal customer base over the years. For those who just started and focus on delivery, they may have a harder time,” a restaurant owner who operates a take-out kitchen in Hefei, the capital of China’s Anhui Province, told TechCrunch. 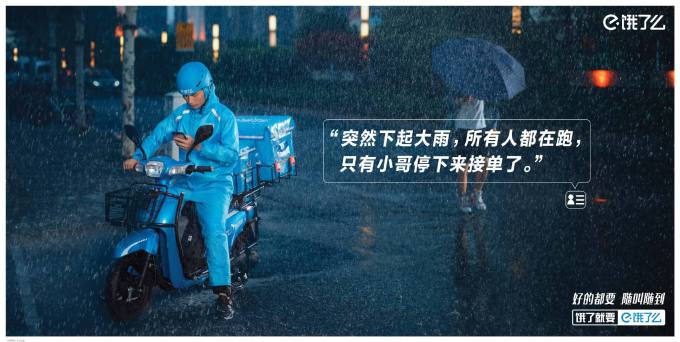 The subsidy-fueled period cultivated a clan of “virtual restaurants” that operate only out of a kitchen. As subsidies shrink, those reliant on delivery as a lifeline are left with three options: close down, absorb the new costs to keep customers happy or, in some cases where the kitchen is well-functioning, shift the costs to customers.

TechCrunch spoke to more than a dozen restaurants and take-out kitchens in China’s major cities and found most are paying at least 20 percent of each order — a considerable bite to the low-margin business — to Meituan and slightly less to Ele.me. The discrepancy may speak to Meituan’s mounting operating losses — which tripled year-over-year to 3.45 billion yuan ($510 million) in the third quarter of 2018 — a soft spot that its rival poignantly pointed out.

“Ele.me promises it won’t further raise fees [on restaurants] and its rate will always be lower than that of Meituan,” Ele.me vice president Wang Jingfeng told news portal Sina in an interview in January. “Meituan is under financial pressure. But Ele.me understands the food delivery market is still in the phase of being educated. Reaping rewards from merchants too early can do great harm to the market.”

Meituan said it had no comment on its increased fees for restaurants. But the Hong Kong-listed company, driven with the vision to become the “Amazon for services,” already showed signs of stress when it ceased expansions on its costly new ventures — car-hailing and bike-rental. Food delivery accounts for the majority of Meituan’s revenues, while hotel booking is its second-most significant revenue source. The company, however, assured investors that it’s in no rush to turn a profit.

Meituan, China’s ‘everything app,’ walks away from bike sharing and ride hailing

“We are not focused on the short-term profitability, even though we have been proven that we are able to do so, to make it — continue improvement in our unit economics. We would rather focus on growth and improve the overall user and merchant experience and to continue to strengthen our leadership in this market,” said Chen Shaohui Chen, Meituan’s vice president of corporate development, during the company’s Q3 earnings call.

Despite enjoying support from consistently profitable Alibaba, Ele.me will also face pressure soon as parent company Alibaba copes with slowing revenue growth. For Ele.me, opportunities lie outside China’s megacities where eating via an app is not yet a norm. All told, Alibaba plans to hire 5,000 new employees in 2019 for Ele.me and Koubei to infiltrate the largely untapped Tier 3 and 4 cities, a source close to the matter told TechCrunch, and the team will focus not just on delivery but also work to digitally power up conventional restaurants.

Food delivery is just one way to generate income. Both Ele.me and Meituan are aiming to upgrade restaurants the way Alibaba and JD.com have transformed brick-and-mortar stores: from how data analytics can beef up sourcing efficiency to implementing scan-to-order for in-house diners. The hope is a data-centric practice will convert to cost-saving for restaurants, which will eventually boost their loyalty and willingness to pay for the tech giants’ tools.