Google is expanding its suite of apps designed for the Indian market with today’s launch of a new language-learning app aimed at children, called Bolo. The app, which is aimed at elementary school-aged students, leverages technology like Google’s speech recognition and text-to-speech to help kids learn to read in both Hindi and English.

To do so, Bolo offers a catalog of 50 stories in Hindi and 40 in English, sourced from Storyweaver.org.in. The company says it plans to partner with other organizations in the future to expand the story selection.

Included in the app is a reading buddy, “Diya,” who encourages and corrects the child when they read aloud. As kids read, Diya can listen and respond with feedback. (Google notes all personal information remains on-device to protect kids’ privacy.) Diya can also read the text to the child and explain the meaning of English words. As children progress in the app, they’ll be presented with word games that win them in-app rewards and badges to motivate them.

The app works offline — a necessity in large parts of India — where internet access is not always available. Bolo can be used by multiple children, as well, and will adjust itself to their own reading levels. 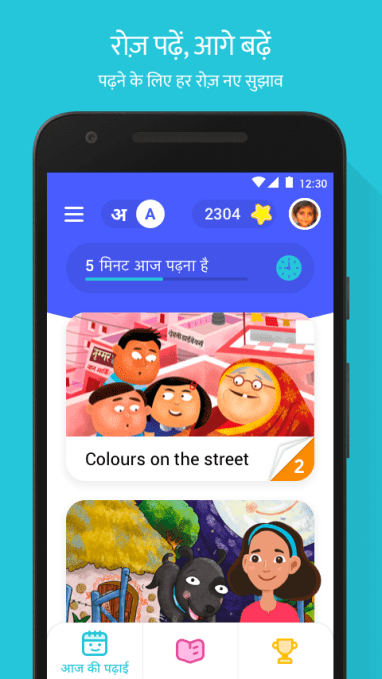 Google says it had been trialing Bolo across 200 villages in Uttar Pradesh, India, with the help of nonprofit ASER Centre. During testing, it found that 64 percent of children who used the app showed an improvement in reading proficiency in three months’ time.

To run the pilot, 920 children were given the app and 600 were in a control group without the app, Google says.

In addition to improving their proficiency, more students in the group with the app (39 percent) reached the highest level of ASER’s reading assessment than those without it (28 percent), and parents also reported improvements in their children’s reading abilities. 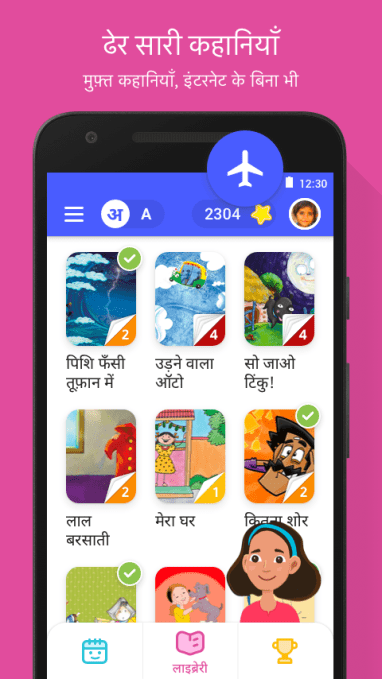 Illiteracy remains a problem in India. The country has one of the largest illiterate populations in the world, where only 74 percent are able to read, according to a study by ASER Centre a few years back. It found then that more than half of students in fifth grade in rural state schools could not read second-grade textbooks in 2014. By 2018, that figure hadn’t changed much — still, only about half can read at a second-grade level, ASER now reports.

While Google today highlights its philanthropic efforts in education, it’s worth noting that Google’s interest in helping improve India’s literacy metrics benefits its bottom line, too. As the country continues to come online to become one of the largest internet markets in the world, literate users capable of using Google’s products like Search, Ads, Gmail and others are of increased importance to Google’s business.

Today, Bolo is launching across India as an open beta, while Google will continue to work with its nonprofit partners — including Pratham Education Foundation, Room to Read, Saajha and Kaivalya Education Foundation — a Piramal Initiative — to bring the app to more children.

Bolo is available now on the Google Play Store in India, and works on Android smartphones running Android 4.4 (Kit Kat) and higher. The app is currently optimized for native Hindi speakers.