Yesterday’s analysis of the ethical trade-offs faced by engineers working in the Valley certainly lit up my inbox with responses.

The general thesis of that piece is that startups and tech companies face more — and worse — trade-offs as they have migrated from the “purity” of the early internet into more socially and ethically complicated spaces like labor, social media, health and elsewhere. That led me to suggest that:

If you disagree with the ethics of your company, the best course of action — particularly in the strongest employment economy in years — is to find a job more in line with your values.

I was specifically talking about Google’s censored search engine project Dragonfly, but I think the discussion applies to a wide swath of the Valley today.

One subscriber wrote in response:

-1 for this piece as a new Extra Crunch subscriber. If this kind of the theme will be a key part of the Extra Crunch editorial voice, it makes me less likely to renew/recommend. Just a datapoint from one reader.

As always, you can just reply to this email and send me your thoughts, and I appreciate feedback.

One of my major objectives for Extra Crunch is to expand the dialogue around the challenges facing startups and how they conduct disruption. Startups and large tech companies are entering more complicated industries, and the decisions required of founders, engineers, product managers and everyone are increasingly not black and white.

My sincere hope is that as you read Extra Crunch editorial, you tremendously agree with some articles and vehemently disagree with others. Only by conveying that debate and expanding the range of views can we hope to handle with nuance the decisions we face.

Do tech workers have power to shape the world? What world? 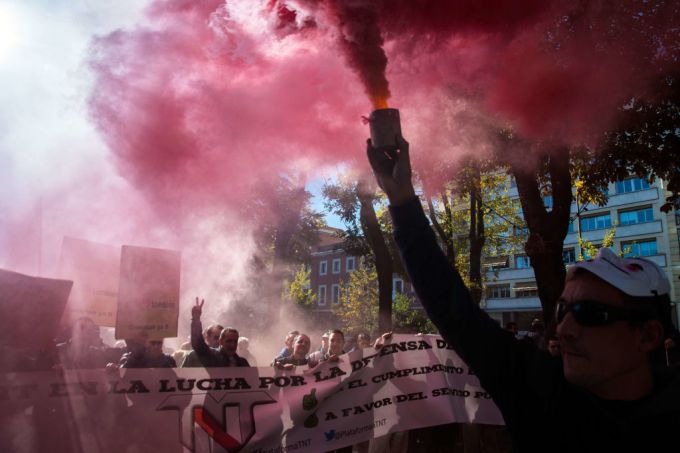 Another reader wrote in:

“I am a resolute defender of human rights, but the world is the world” [a quote from my analysis]

This statement is not only defeatist, it is meaningless. Like saying,”it is what it is”, you convey nothing. You also negate that you are a resolute defender of anything. This statement paints a closer picture to nihilism – nothing is important, everything is meaningless. How do you consider yourself a defender of human beings, when your suggestion to those affected is to move on and find somewhere else to go? You are promoting apathy, not the determinism of a fighter of freedom.

You paint a world in which corporate interests, and ultimately profits, decide how this world will operate. Suggesting that employees find another job is disregarding the power which they have in their current positions. Google hires top tier talent and has enormous influence. Where else can a person have more impact in their role? Like many other companies, Google has a code of ethics that suggests that employees should do exactly what these employees have done in cases where they disagree with corporate guidance. This is the importance of company culture and”culture fit”. Suggesting that good people do nothing when asked to do something that compromises their ethical values promotes the idea that there are no true ethics in business.

This is a fine critique and an important one.

I think one of the secrets of Silicon Valley’s startup success is that there is a large band of innovators who are not apathetic about their ability to change the world. You really can write some software in Xcode, publish it in the App Store and eventually affect the lives of millions if not billions of people. That is an awesome power.

Yet, the ethics of disruption is complicated. Take Uber, for instance. The company broke the law not just in multiple urban jurisdictions across the United States, but in jurisdictions around the world. They ran an unregulated taxi service in cities where people who have tried to do that for decades were fined and possibly jailed. Breaking the law, though, meant offering a compelling new service that is clearly popular among consumers.

From a utilitarian perspective, that outcome is for the best, and Uber was right. But from a deontological approach focusing on duties and values, Uber is clearly in the wrong. It conducted possibly criminal actions in order to open up the taxi market and make an enormous profit. Was that ethical?

Uber has its adherents — it has a huge staff after all. But clearly some people would be uncomfortable working for a company that continually flouts the law in order to make disruption happen. Workers have the ability to shape their corporations to some degree, but their ultimate agency is their ability to walk out the door and apply their talents to companies that match their ethical values. 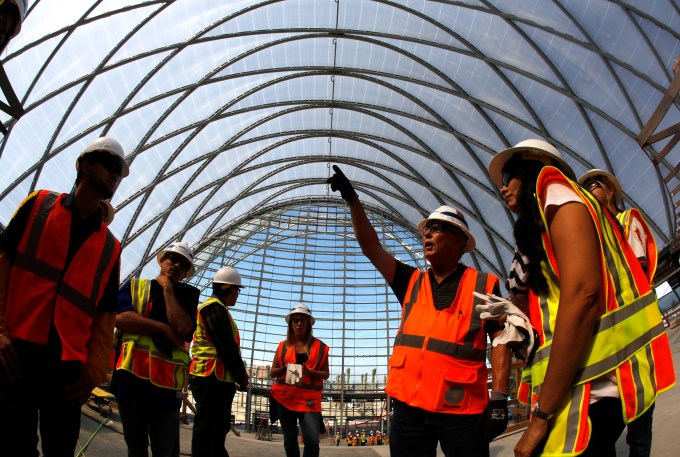 Three pieces on megaproject infrastructure spending, on which we have been focused here for some time, since we seem to spend billions on high-speed rail only to see it evaporate before our very eyes.

First, a subscriber wrote in with thoughts on where the cost drivers are from his own experience in the space:

1. Contracting strategy – what seems like a good plan turns out to drive bad behavior

2. Design – starting construction before the design phase is complete (risk is amplified when the design is first-of-a-kind, and/or if the schedule is aggressive to start with)

3. Rapid pace of change – tech is obviously changing rapidly, but on multi-year, mega-projects even things like codes, laws, regulations, etc. change ”rapidly” relative to the overall duration of the project. And together with tech/software, it can be very difficult to manage. […]

4. Manufacturability or constructibility – design is difficult to manufacture/build

5. Modular – people fall in love with the concept, but it’s another thing to execute it

I think No. 3 is a particularly interesting one. We might think that construction methods don’t change, or building codes don’t get updated, but at a certain timescale, even those subtle changes over time have a huge impact on projects that might take a decade to complete.

Second, Alon Levy, a long-time commentator on infrastructure, has written up his comprehensive guide on the drivers of infrastructure costs, primarily focused on the United States. His nine factors run the gamut from engineering to management to procurement, but I loved his last factor around global incuriosity:

Incuriosity is not merely ignorance. Ignorance is a universal trait, people just differ in what they are ignorant about. But Americans are unique in not caring to learn from other countries even when those countries do things better.

Another Caltrain official, confronted with the fact that in Japan trains turn faster than Caltrain thought possible, responded “Asians don’t value life the way we do” – never mind that Japan’s passenger rail safety per passenger-km is about 1.5 orders of magnitude better than the US’s.

The most innovative people constantly work to learn from the smartest people in the world, which perhaps explains America’s appalling state of infrastructure.

Third, Bloomberg Businessweek published a brief interview with President Trump’s former infrastructure czar D.J. Gribbin. The answer he gives on whether an infra deal could get done in Congress I think is just a perfect example of the challenges in this space:

It wasn’t like there was a deal sitting out there that was baked and could have moved earlier. You didn’t have bipartisan support for a plan. You had bipartisan support for a concept. The concept of, “Yes, we should do more.” Should it be better? Everyone agrees. And then as soon as you start getting into, “How do we make it better,” people balk and go, “Wait a minute. Why can’t someone else just cover the cost of this?”