One of China’s top live-streaming companies, YY, bought a stake and obtained the right to purchase a majority share in Bigo last June, and now the other shoe has dropped after YY fully acquired the Singapore-based startup behind live-streaming app Bigo Live and short-video service Like.

That’s according to an announcement YY made on Monday, which disclosed it has bought out the remaining 68.3 percent of all the issued and outstanding shares of Bigo for a price tag of about $1.45 billion.

Bigo’s connection to YY is deep-rooted. Li Xueling, a veteran Chinese journalist who’s also known as David Li, founded YY in 2005 well before the heyday of mobile-based live-streaming apps. With the intent to bring the China-tested business to overseas markets, Li started Bigo in 2016 to replicate YY’s lucrative revenue model where the platform operator takes a cut whenever viewers reward streamers with virtual gifts, which can be cashed out.

YY racked up $675 million in net revenues and a net income of around $100 million from the fourth quarter of 2018, its latest earnings report shows.

The Bigo buyout is set to be a huge boost to YY’s international ambitions as its home market has been divided up between YY itself, its spin-off Huya that focuses on esports streaming and Huya’s archrival Douyu. Curiously, both Douyu and Huya are backed by Tencent, the company best known for the WeChat messenger, but is also China’s largest games publisher.

To bring the domestic rivalry into perspective, Nasdaq-listed YY recorded a monthly mobile user base of 90.4 million in the fourth quarter. Huya, which priced its U.S. initial public offering at $180 million last August, posted 50.7 million monthly users from the same period. Douyu hasn’t recently unveiled its size as the company is reportedly mulling to go public in the U.S., but third-party data analytics company QuestMobile put its MAU in December at 43 million.

“We are very excited to announce the completion of the acquisition of Bigo. It is an important milestone for YY group which demonstrated our confidence and commitment to the globalization strategy,” said Li of YY in a statement.

Huya and Douyu have also ventured beyond China for new growth with their respective overseas brands Nimo TV and Nonolive. In its Q4 earnings report, Huya singled out foreign markets as one area of focus in 2019 and its Nimo already enjoys having a powerful ally, Tencent, which signed an agreement last July to help it with gaming content and brand recognition. 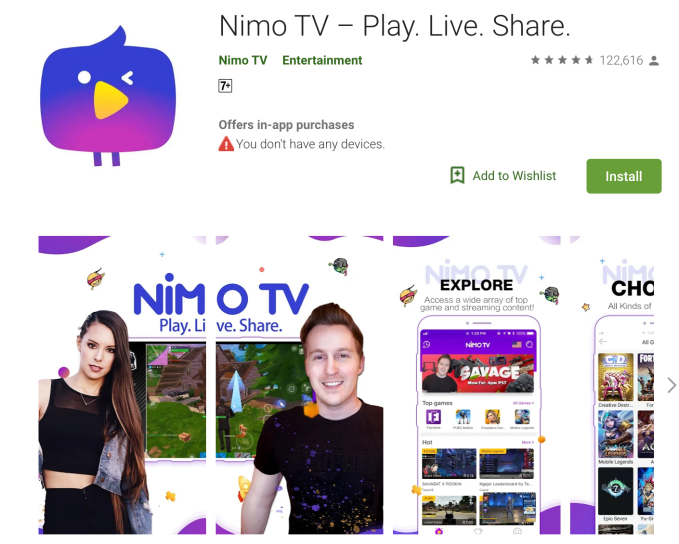 “In addition to our vigorous domestic growth, we have successfully leveraged our unique business model to enter new overseas markets,” said chief executive Dong Rongjie. “We believe we are delivering long-term value through strategic investments in overseas markets in 2019 and beyond.”

While anchoring in Southeast Asia, Bigo has debuted in more than 100 countries worldwide and been in the top 10 of Apple’s app store not just in neighboring countries like Vietnam and Cambodia but also in Paraguay, Yemen and Angola, according to data collected by app tracking service App Annie. Growth in India has been particularly strong this year as the country captured 32 percent of Bigo’s 11 million new Android users who downloaded the app via Google Play between January and February, according to data provided by SensorTower.

Li estimated in 2017 that Bigo was generating an annual revenue of $300 million at the time. Bigo claims 200 million registered users to date with MAUs reaching almost 37 million worldwide. Its popularity has, however, gone hand in hand with its reputation for hosting offensive content, but the startup has assured it deploys resources to closely screen content. Back in China, YY, Huya, Douyu and the likes are constantly grappling with the government’s tightening grip over online information, which puts the burden on media companies to keep a robust content monitoring team to not only rid illegal videos but also parse the country’s opaque definition of what’s considered “inappropriate.”