Uber Rewards is officially available to all riders in the U.S. This comes after Uber began rolling out Rewards in January.

Uber’s loyalty program incentivizes you to be, well, loyal to Uber and not to its competitors. For example, every dollar you spend on UberPool, Express Pool and Uber Eats gets you one point. Once you hit a certain number of points, you can reach certain Rewards levels, like Gold, Platinum and Diamond. Diamond, which requires at least 7,500 points, gets you things like priority pickups at airports and free delivery on Uber Eats orders. Even the most basic level, Blue, gets you a $5 Uber cash reward for every 500 points you earn. 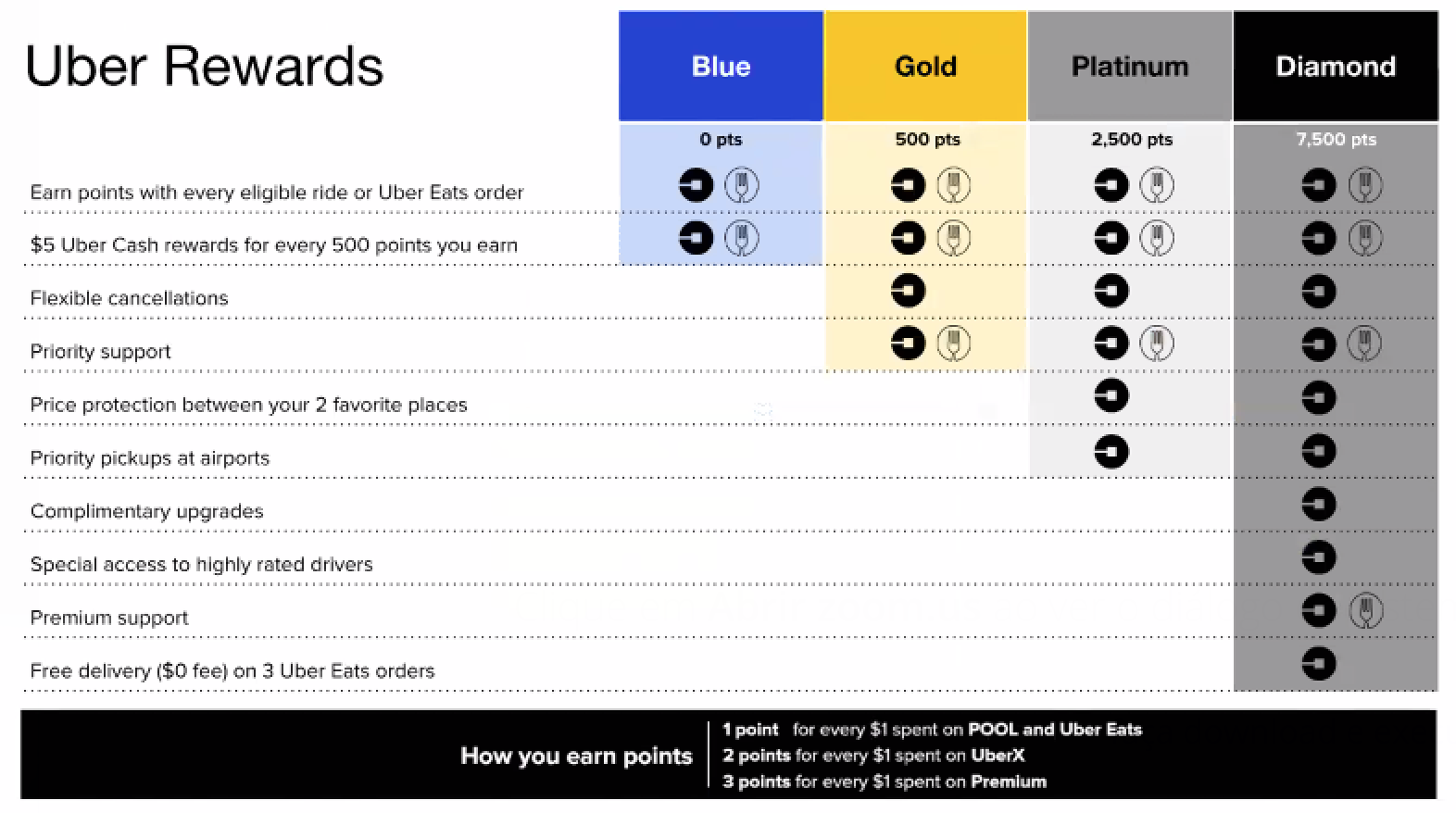 As we noted, Uber Rewards is now available to all of its U.S. customers. To enroll, head on over here. Uber will also count toward your membership level every eligible dollar you spent on Uber and Uber Eats in the six months leading up to enrolling in Rewards.

Lyft, which recently published its S-1, has yet to roll out its Rewards program. The company initially said it would launch Rewards in December 2018.

You can read more about how Uber’s loyalty program works here.