Andreessen Horowitz, a venture capital fund behind the likes of Facebook, Instagram and Groupon, has tapped David George as its newest general partner and its first top dealmaker focused on late-stage deals. George joins from General Atlantic, where he’d backed consumer internet, enterprise software and fintech startups as a principal since 2012.

“Andreessen has always been a multi-stage investment firm, but really the opportunity here is for [me] to be the first focused late-stage investor there and to work with the early-stage team and complement their experience,” George told TechCrunch. 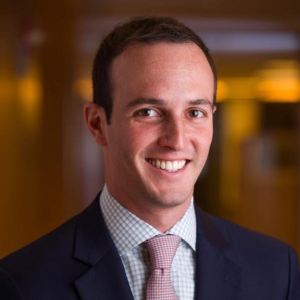 At a16z, George will invest across industries, offering up his knowledge of late-stage economics, valuations and underwriting to a16z’s large team of investors. George is the firm’s 15th general partner and at least the fourth high-level addition to the team in the last year, including Katie Haun, who joined in June to lead a16z’s cryptocurrency investment effort. Angela Strange and Connie Chan, additionally, were promoted to GP last summer.

The firm’s swelling team is amongst the largest of any VC firm. Most partnerships consist of one to three top dealmakers and a few partners or principals. A16z breaks the mold with its ever-expanding team of GPs. Managing director Scott Kupor says this is part of the firm’s strategy of attacking every industry head-on.

“This is a market where entrepreneurs have lots of choices and they are making choices on the expertise of the individual partner,” Kupor told TechCrunch. “The purpose of having more GPs is about having the appropriate domain expertise and coverage so we can be in front of the most opportunities out there.”

With that in mind, a16z has no plans to slow down on hiring.

“We want to make sure we have the right coverage of all the domains we are focused on,” Kupor added.

A16z is currently investing out of its fifth flagship venture fund, which closed on $1.5 billion in 2016. The firm has raised two bio funds, deploying capital to early-stage startups at the intersection of computer science and life sciences, as well as a $300 million crypto fund and a cultural leadership fund, which counts Sean “Diddy” Combs, Shonda Rhimes, Jada Pinkett Smith and others as limited partners.

Connie Chan breaks the mold at Andreessen Horowitz, becoming the first general partner to be promoted from within