The 2018 Holiday shopping season was the biggest on record for e-commerce, with nearly $126 billion in online sales. But as e-commerce continues to expand, the demand for warehouse workers is growing faster than the labor supply and creating an increased need for automation.

Given its dominance in e-commerce and the massive scale of its business, there’s no surprise that Amazon was one of the first companies to supplement their human workforce with robotics. Since the acquisition of Kiva in 2012, a growing army of robots performs an increasing variety of tasks at Amazon facilities. However, those tasks remain limited in their ability to displace their human counterparts entirely.

Today, robotics are more affordable to a broader array of companies, thanks to lower cost components, and advancements in technology have paved the way for the rise of the collaborative robot or “cobot”. 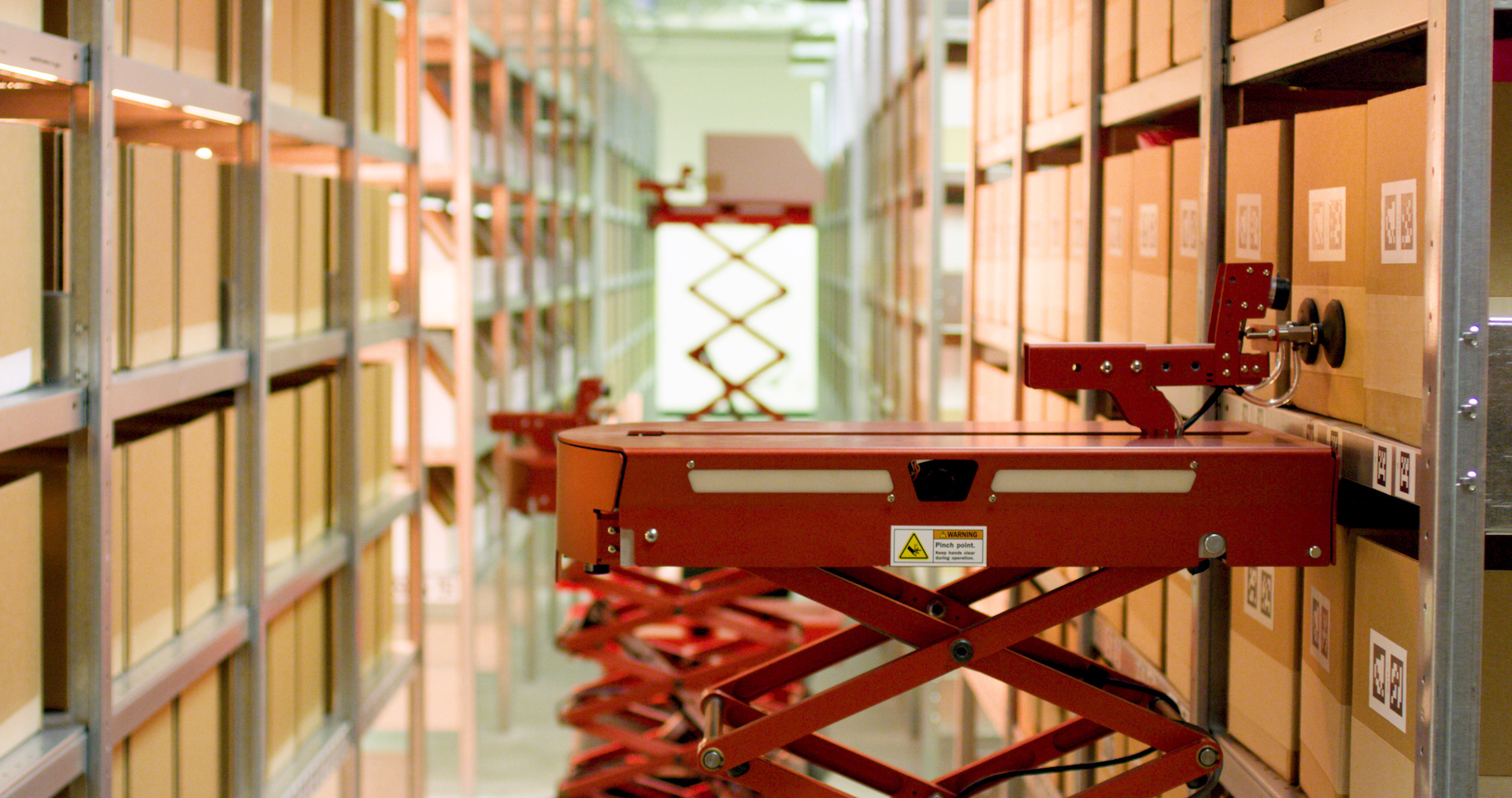 Cobots are more precise and increasingly flexible with advanced sensor technology, AI, Lidar/Radar, GPS, and connectivity. Machine learning has also made cobots more versatile—not just in their hardware, but in software that facilitates adaptation to a broad array of tasks. And because sensor-rich robots can adapt to a variety of new challenges on the fly, we see more use cases for real-world application.

Don’t expect a severe shift to collaborative robots — we are still in the early innings. The global industrial robot market, dominated by the “Big 4” (Kuka, ABB, Fanuc, and Yaskawa) was valued at more than $15 billion in 2017, while the market for cobots reached only $287 million. However, the digital transformation of warehouses presents a tremendous market opportunity for new companies to create value.

We draw connections to the shift we saw from legacy software to SaaS, where traditional sales and business models switched to recurring revenue streams and cloud-based subscription services. By combining domain-specific go-to-market with robust software management platforms, the next generation of robotics companies has the opportunity to avoid long integrator-led sales cycles and become highly sticky over time, much like the early SaaS providers. 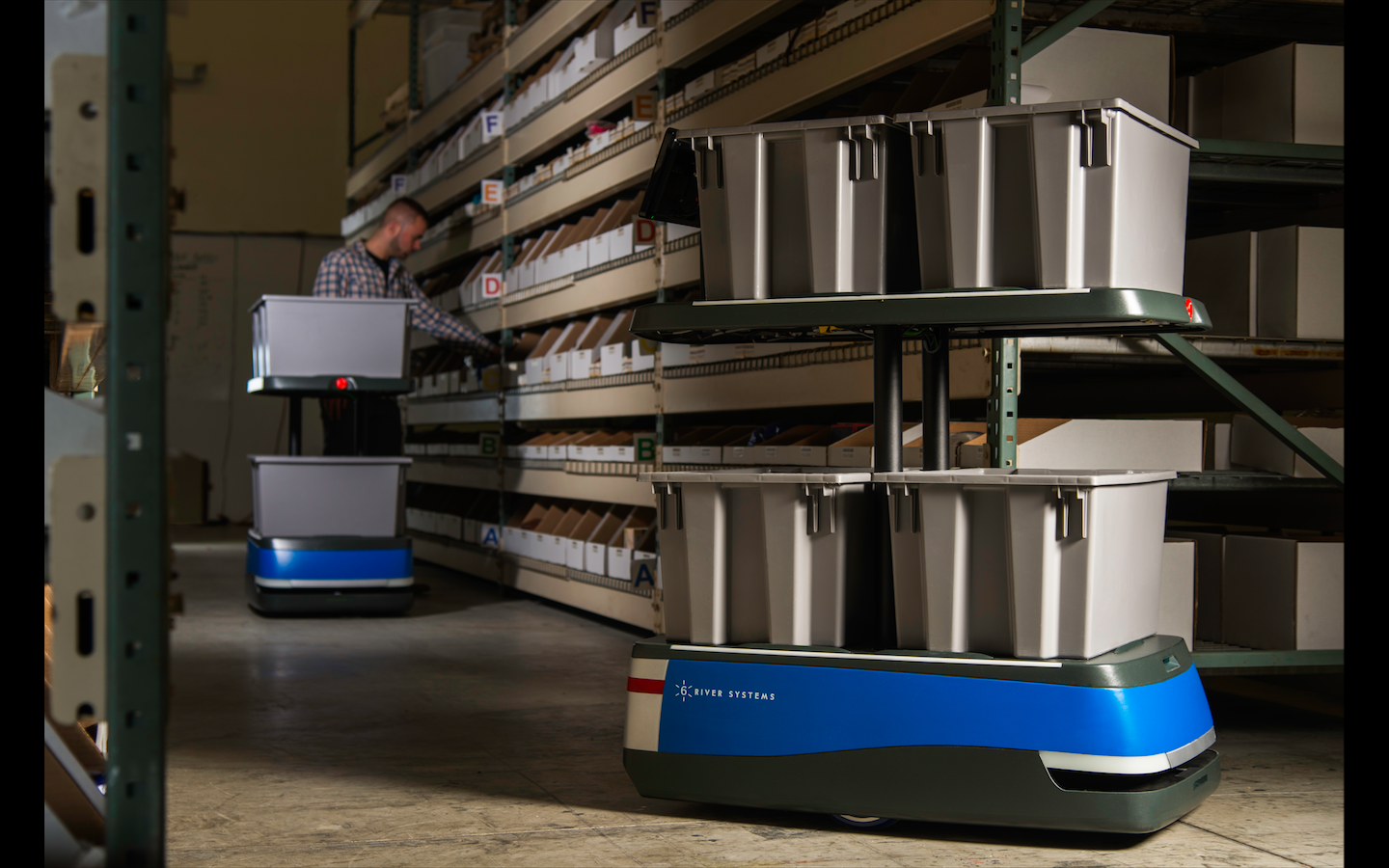 6 River Systems robots lead workers to items they need to get from a warehouse shelf.

Additionally, collaborative robotic technology allows robots to augment human labor, lowering the barriers to entry, while still providing clear payback arguments around efficiency. Like the shift to cloud software, best-in-class platforms are now available to the masses without significant upfront investment in infrastructure.

We believe that co-bots will unlock market verticals traditionally underserved by robotics, such as logistics, food, and security.  Companies that offer full-service solutions to these sectors provide attractive opportunities to build value. For example, 6 River Systems — whose cobots, known as Chucks, use cloud software to coordinate warehouse tasks and work side-by-side with human employees — are changing how we think about the human-robot dynamic.

The rapid innovation in this industry promises to bring efficiency and growth to countless sectors in coming years. Robotics programs at esteemed universities such as MIT, Carnegie Mellon, and Georgia Tech are churning out a pool of world-class entrepreneurs who are not only seizing a timely—and hopefully profitable opportunity—but boldly advancing the industry.

To quote my fellow partner at Menlo Ventures, Matt Murphy, “We are entering a golden era of robotics, where robotics will become mainstream, drive huge efficiencies, and in some cases make the impossible possible.”