“We think content is just a dry, bland, over-leveraged, oversaturated space,” said founder and CEO Simon Berg. “The goal is not to hack the system, the goal is to make a great experience for your customers.”

That’s why he describes Ceros as a platform for creating experiences. The company is focused on powering beautiful, well-designed graphics and web pages, instead of blog posts or white papers that mostly exist to snare search traffic.

Ceros is announcing today that it has raised $14 million in Series C funding.

“Ceros is well known for empowering marketers to think creatively, but we have also come to know Ceros as a highly capital efficient business, which is a refreshing change in the burn-rate happy world of digital,” said Greenspring’s John Avirett, general partner, in a statement. “We’re confident that this investment will catalyze Ceros’ continued growth while enabling their team to opportunistically pursue acquisitions that enhance the core product and further penetration of key markets.” 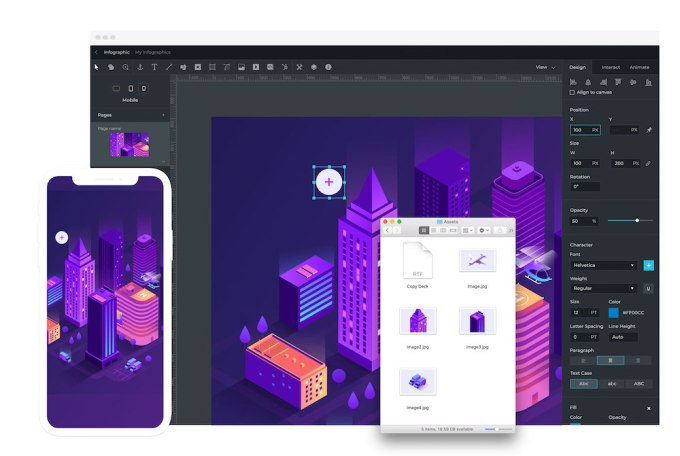 For examples of the difference between Ceros “experiences” and run-of-the-mill content marketing, check out Ceros/Inspire, where some of the most-viewed projects include a comic book-style blockchain explainer from Ozy and a “friend versus pro” created to promote H&R Block.

“What we’ve continued to work on over the last seven years is to comply with laws of physics that are laws of internet, whilst giving as much creative freedom as possible,” Berg said. “We want to put the creative and the design piece first.”

The company says it’s now working with more than 400 customers, including well-known brands like United Airlines and Red Bull, as well as publishers including Condé Nast and Vice, plus sports teams like the Baltimore Ravens and Detroit Lions.