The version of Nubia’s “wearable smartphone” that was on display last year at IFA was an unwieldy thing. This year’s model of the Alpha, however, is certainly a step in the right direction.

It’s still bulky, so far as smartwatches go, but at the very least, you could probably walk down the street in the thing without stopping traffic.

Details are pretty scant at the moment. The Shenzhen-based smartphone maker promised more information at a press event later tonight (Barcelona time), so we’ll be dropping in details as they arrive. 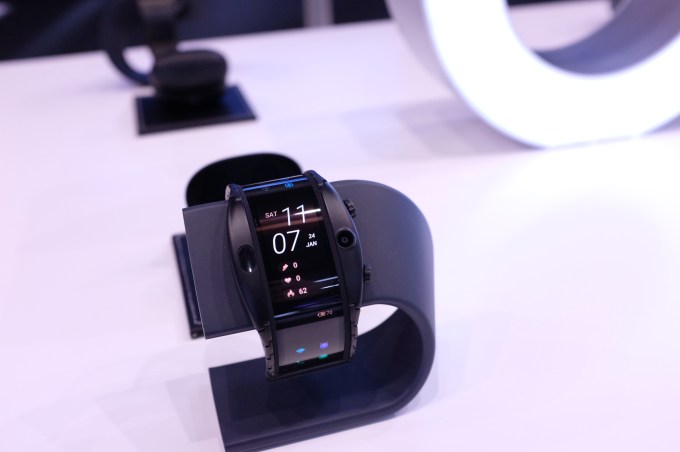 Meantime, this does feel like a logical next step for this technology, beyond the simple sandwich clamshells we’ve seen at the show so far. The human body is a funny, weirdly shaped thing, so why not just wrap it up in OLEDs and be done with it?

TCL clearly had similar ideas when it was working through early concepts of its own demos, which included a phone that wraps around the wrist. Of course, that form factor is no doubt significantly more difficult to pull off than the enclosed version here. And unlike TCL’s mockups, this thing is likely actually coming to market at some point soon — in China, at least.

Between this, a mini 5G phone and the recent dual-screen handset, Nubia will be an interesting company to watch in the coming years.