Even after years of using systems like the Google Assistant or Siri, talking to inanimate objects can still feel weird. In cars, the early voice recognition systems were typically close to unusable, with a user experience that was often eclipsed by the worst of customer service phone trees. Nowadays, though, AI has made for a far better experience, and now BMW wants to take this one step further for its drivers by combining data from its voice recognition systems with better AI tools, gesture control and even gaze recognition.

The company promises that this technology will allow for more intuitive interactions with the car’s systems. If you’re in a conversation, for example, you may want to use a gesture and gaze control to turn down the volume, open the sunroof or adjust air vents. But if you are driving down the autobahn at 220kmh, you may want to use your voice instead.

“People shouldn’t have to think about which operating strategy to use to get what they want,” said Christoph Grote, senior vice president, BMW Group Electronics. “They should always be able to decide freely — and the car should still understand them. BMW Natural Interaction is also an important step for the future of autonomous vehicles, when interior concepts will no longer be geared solely towards the driver’s position and occupants will have more freedom.”

In many ways, this new system builds upon the work that the company introduced with the BMW OS 7.0 and the launch of the BMW Intelligent Personal Assistant in 2018. Gesture control, too, has been available in BMW cars since 2015. Combining all of these into a single system is a logical next step. 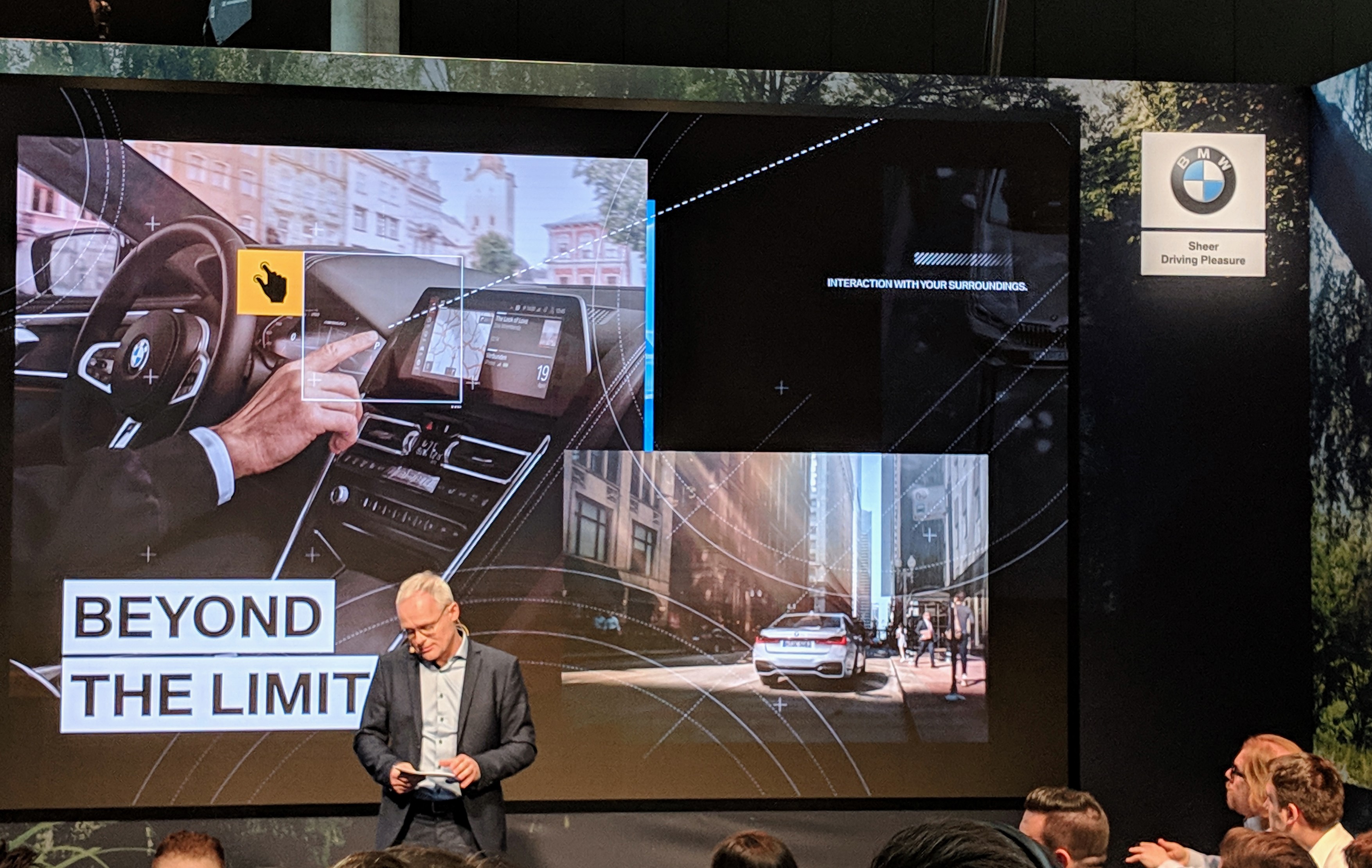 For this new system, the gaze recognition camera is now built directly into the dashboard and the overall system then uses machine learning models to evaluate what the driver is trying to do.

Some of the niftier features that BMW Natural Interaction enables are actually about what’s happening outside of the car. BMW says that you will be able to point at something outside, for example, and ask for opening hours and customer ratings. The company also promises that you’ll be able to point at a restaurant to make a reservation (though hopefully you thought about that before you drove all the way there).

The canned demo the company showed at MWC Barcelona was impressive, of course. It remains to be seen what the experience will look like in reality, though. Because a production launch isn’t imminent, it’ll be a while before we’ll be able to actually give it a try.