Everyone’s favorite MacBook knockoffs are back, with two new models. Of course, for all the talk of stolen trade secrets. Huawei’s got a strong track record of making seriously compelling and premium Windows laptops, and this latest batch certainly doesn’t appear to an exception.

Design wise, the systems are pretty similar to their predecessors (which, in turn, makes them pretty similar to Apple’s), but for a “cleaner logo” that removes the flower icon from the top, instead just opting for the company’s name. Both system feature aluminum alloy unibody designs, with a sandblasted finish. 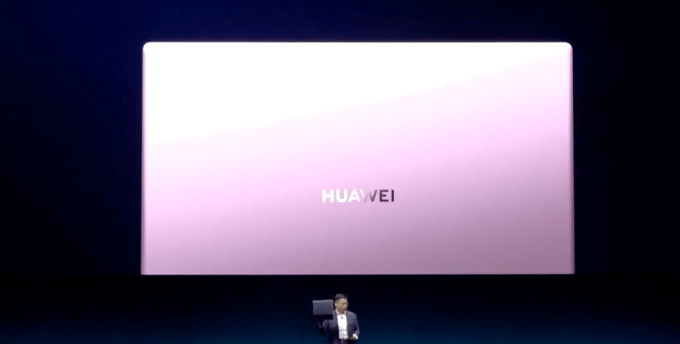 The Matebook X Pro is the more premium of the two systems, sporting a 13.9 inch display at 260 PPI. The system also features Huawei’s singular recessed camera, hidden in the keyboard’s top row, with is great for stashing away for security purposes and also shooting video of the underside of your nose. Above the keys is a combination power button/fingerprint reader.

Inside is an 8th gen Intel Core i7 process, up to 16GB of RAM and up to 1TB of solid state storage. The battery, meanwhile, should get up to 14 hours on a charge. On the sides, you’ll find two USB Type-C ports and, one full USB and a headphone jack.

There are new some software features on board, as well. Most notable is Huawei Share, which utilizes NFC to bring easy file sharing between the company’s laptops and phones, so you can, say, copy text on the handset and send it to the notebook to edit.

The Matebook X 14, meanwhile, is more of a midrange system. The laptop features a lower res 14 inch display and a few other lower-end features throughout. There are however, more full USB ports and a battery that should last up to 15 hours on a charge.

More information, including pricing and availability, is coming soon. Both systems should be available in the U.S.