HMD was something of an instant success when it launched at Mobile World Congress two years back. That rapid rise owed to a few key things: price, familiar branding and its predecessor’s long time commitment to the feature phone.

Those who’ve been following the industry for some time will recall that the original Nokia mobile wasn’t particularly quick to adopt the smartphone lifestyle, but the company maintained marketshare by catering to the low end of the market. HMD has continued to embrace the category by re-releasing some familiar designs and creating altogether new non-smart phones. 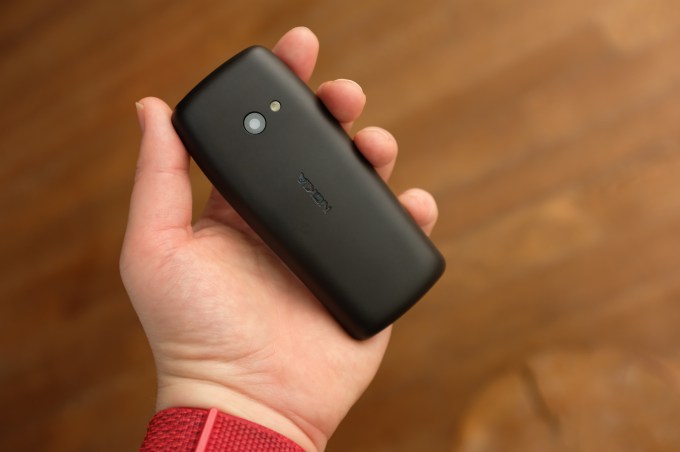 While it shares a number with the QWERTY-sporting Asha, the Nokia 210 is more burner than BlackBerry. The Palm-sized handset sports a small screen, surrounded by thick casing and some big buttons. The handset can access the internet via Opera mini, so users can do some light social network.

And yes, it runs Snake.

HMD promises an impressive month of battery life, packed into a handset that should run around €30 ($34).