The report emerged during a particularly busy time for the Vision Fund, which this week led two notable VC deals in Clutter and Flexport, as well as participated in DoorDash’s $400 million round; more on all those below. So given all this SoftBank news, let us remind you that given its $45 billion commitment, Saudi Arabia’s Public Investment Fund (PIF) is the Vision Fund’s largest investor. Saudi Arabia is responsible for the planned killing of dissident journalist Jamal Khashoggi.

Here’s what I’m wondering this week: Do CEOs of companies like Flexport and Clutter have a responsibility to address the source of their capital? Should they be more transparent to their customers about whose money they are spending to achieve rapid scale? Send me your thoughts. And thanks to those who wrote me last week re: At what point is a Y Combinator cohort too big? The general consensus was this: the size of the cohort is irrelevant, all that matters is the quality. We’ll have more to say on quality soon enough, as YC demo days begin on March 18.

Surprise! Sort of. Not really. Pinterest has joined a growing list of tech unicorns planning to go public in 2019. The visual search engine filed confidentially to go public on Thursday. Reports indicate the business will float at a $12 billion valuation by June. Pinterest’s key backers — which will make lots of money when it goes public — include Bessemer Venture Partners, Andreessen Horowitz, FirstMark Capital, Fidelity and SV Angel.

Ride-hailing company Lyft plans to go public on the Nasdaq in March, likely beating rival Uber to the milestone. Lyft’s S-1 will be made public as soon as next week; its roadshow will begin the week of March 18. The nuts and bolts: JPMorgan Chase has been hired to lead the offering; Lyft was last valued at more than $15 billion, while competitor Uber is valued north of $100 billion.

Despite scrutiny for subsidizing its drivers’ wages with customer tips, venture capitalists plowed another $400 million into food delivery platform DoorDash at a whopping $7.1 billion valuation, up considerably from a previous valuation of $3.75 billion. The round, led by Temasek and Dragoneer Investment Group, with participation from previous investors SoftBank Vision Fund, DST Global, Coatue Management, GIC, Sequoia Capital and Y Combinator, will help DoorDash compete with Uber Eats. The company is currently seeing 325 percent growth, year-over-year. 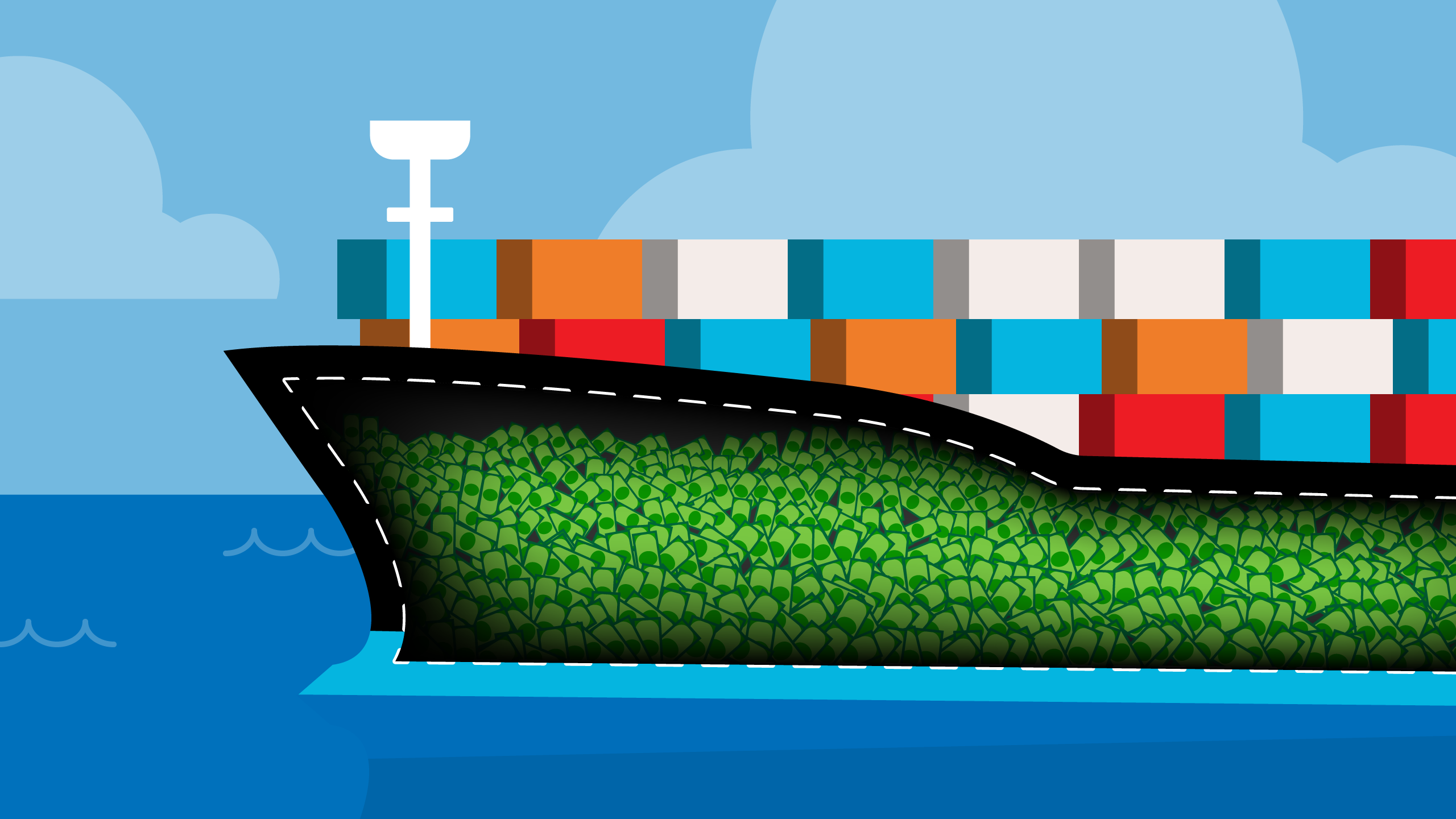 Here are some more details on those big Vision Fund Deals: Clutter, an LA-based on-demand storage startup, closed a $200 million SoftBank-led round this week at a valuation between $400 million and $500 million, according to TechCrunch’s Ingrid Lunden’s reporting. Meanwhile, Flexport, a five-year-old, San Francisco-based full-service air and ocean freight forwarder, raised $1 billion in fresh funding led by the SoftBank Vision Fund at a $3.2 billion valuation. Earlier backers of the company, including Founders Fund, DST Global, Cherubic Ventures, Susa Ventures and SF Express all participated in the round.

Menlo Ventures has a new $500 million late-stage fund. Dubbed its “inflection” fund, it will be investing between $20 million and $40 million in companies that are seeing at least $5 million in annual recurring revenue, growth of 100 percent year-over-year, early signs of retention and are operating in areas like cloud infrastructure, fintech, marketplaces, mobility and SaaS. Plus, Allianz X, the venture capital arm attached to German insurance giant Allianz, has increased the size of its fund to $1.1 billion and London’s Entrepreneur First brought in $115 million for what is one of the largest “pre-seed” funds ever raised. 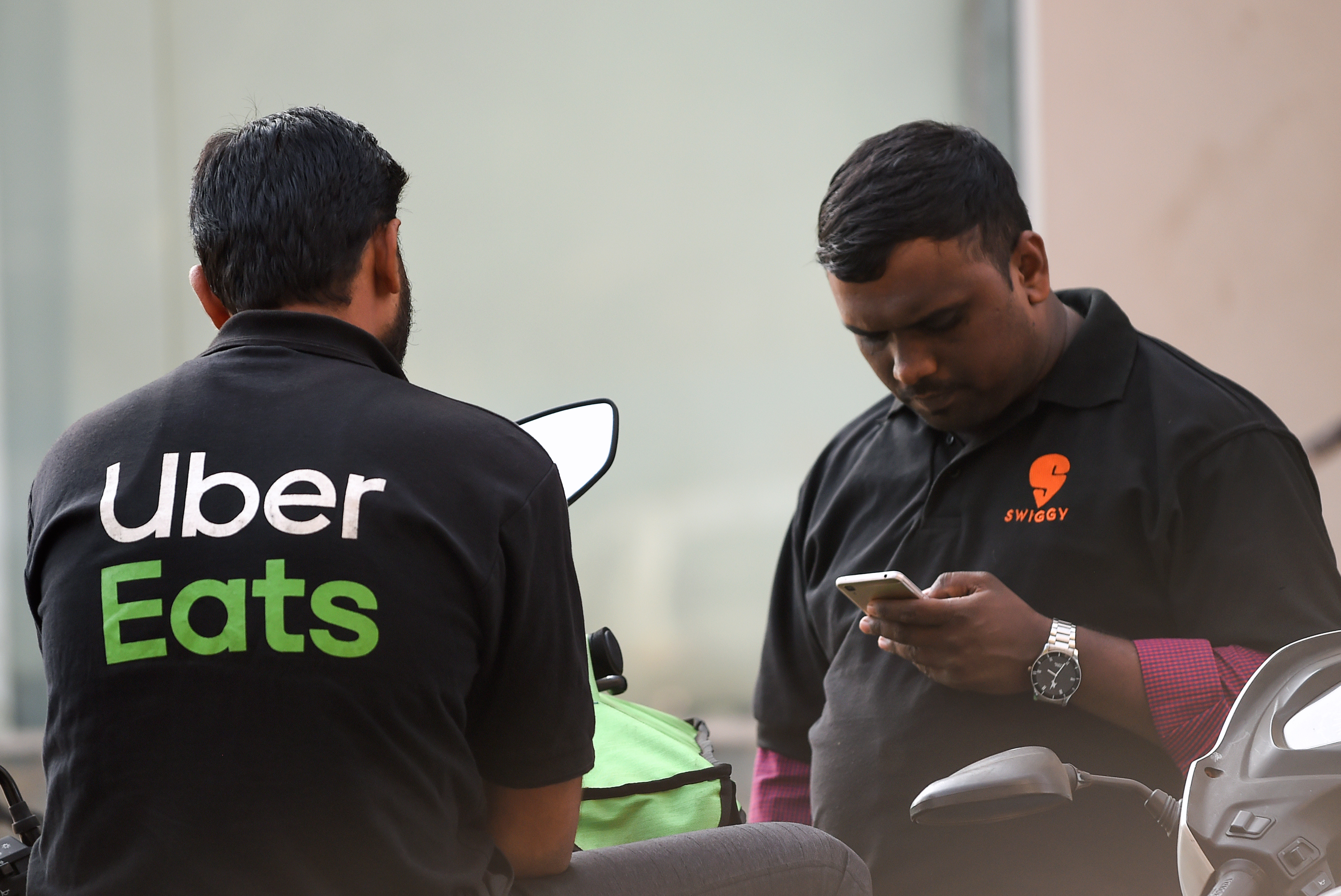 Indian delivery men working with the food delivery apps Uber Eats and Swiggy wait to pick up an order outside a restaurant in Mumbai. ( INDRANIL MUKHERJEE/AFP/Getty Images)

According to Indian media reports, Uber is in the final stages of selling its Indian food delivery business to local player Swiggy, a food delivery service that recently raised $1 billion in venture capital funding. Uber Eats plans to sell its Indian food delivery unit in exchange for a 10 percent share of Swiggy’s business. Swiggy was most recently said to be valued at $3.3 billion following that billion-dollar round, which was led by Naspers and included new backers Tencent and Uber investor Coatue.

Lalamove, a Hong Kong-based on-demand logistics startup, is the latest venture-backed business to enter the unicorn club with the close of a $300 million Series D round this week. The latest round is split into two, with Hillhouse Capital leading the “D1” tranche and Sequoia China heading up the “D2” portion. New backers Eastern Bell Venture Capital and PV Capital and returning investors ShunWei Capital, Xiang He Capital and MindWorks Ventures also participated.

Longtime investor Keith Rabois is joining Founders Fund as a general partner. Here’s more from TechCrunch’s Connie Loizos: “The move is wholly unsurprising in ways, though the timing seems to suggest that another big fund from Founders Fund is around the corner, as the firm is also bringing aboard a new principal at the same time — Delian Asparouhov — and firms tend to bulk up as they’re meeting with investors. It’s also kind of time, as these things go. Founders Fund closed its last flagship fund with $1.3 billion in 2016.”

If you enjoy this newsletter, be sure to check out TechCrunch’s venture capital-focused podcast, Equity. In this week’s episode, available here, Crunchbase News editor-in-chief Alex Wilhelm and I discuss Pinterest’s IPO, DoorDash’s big round and SoftBank’s upset LPs.