Sebastian Thrun is talking animatedly about Udacity, the $1 billion online education startup that he co-founded nearly eight years ago. His tone is buoyant and hopeful. He’s encouraged, he says over an occasionally crackly phone call, about the progress the company has made in such a short time. There’s even a new interim COO, former HP and GE executive Lalit Singh, who joined just days ago to help Thrun execute this newly formed strategy.

That wasn’t the case four weeks ago.

In a lengthy email, obtained by TechCrunch, Thrun lobbed an impassioned missive to the entire company, which specializes in “nanodegrees” on a range of technical subjects that include AI, deep learning, digital marketing, VR and computer vision.

It was, at times, raw, personal and heartfelt, with Thrun accepting blame for missteps or admitting he was sleeping less than four hours a night; in other spots the email felt like a pep talk delivered by a coach, encouraging his team by noting their spirit and tenacity. There were moments when he exhibited frustration for the company’s timidness, declaring “our plans are ridden of fear, of trepidation, we truly suck!” And moments just as conciliatory, where he noted that “I know every one of you wants to double down on student success. I love this about us.”

Thrun has sent spirited emails before. Insiders say it’s not uncommon and that as a mission-driven guy he often calls on employees to take risks and be creative. But this one stood out for its underlying message.

If there was a theme in the email, it was an existential one: We must act, and act now or face annihilation.

“It was a rallying cry, to be honest,” Thrun told TechCrunch. “When I wrote this email, I really wanted to wake up people to the fact that our trajectory was not long-term tenable.”

“I can tell you that I woke up the troops, that is absolutely sure,” he said later. “Whether my strategy is sound, only time can tell.” 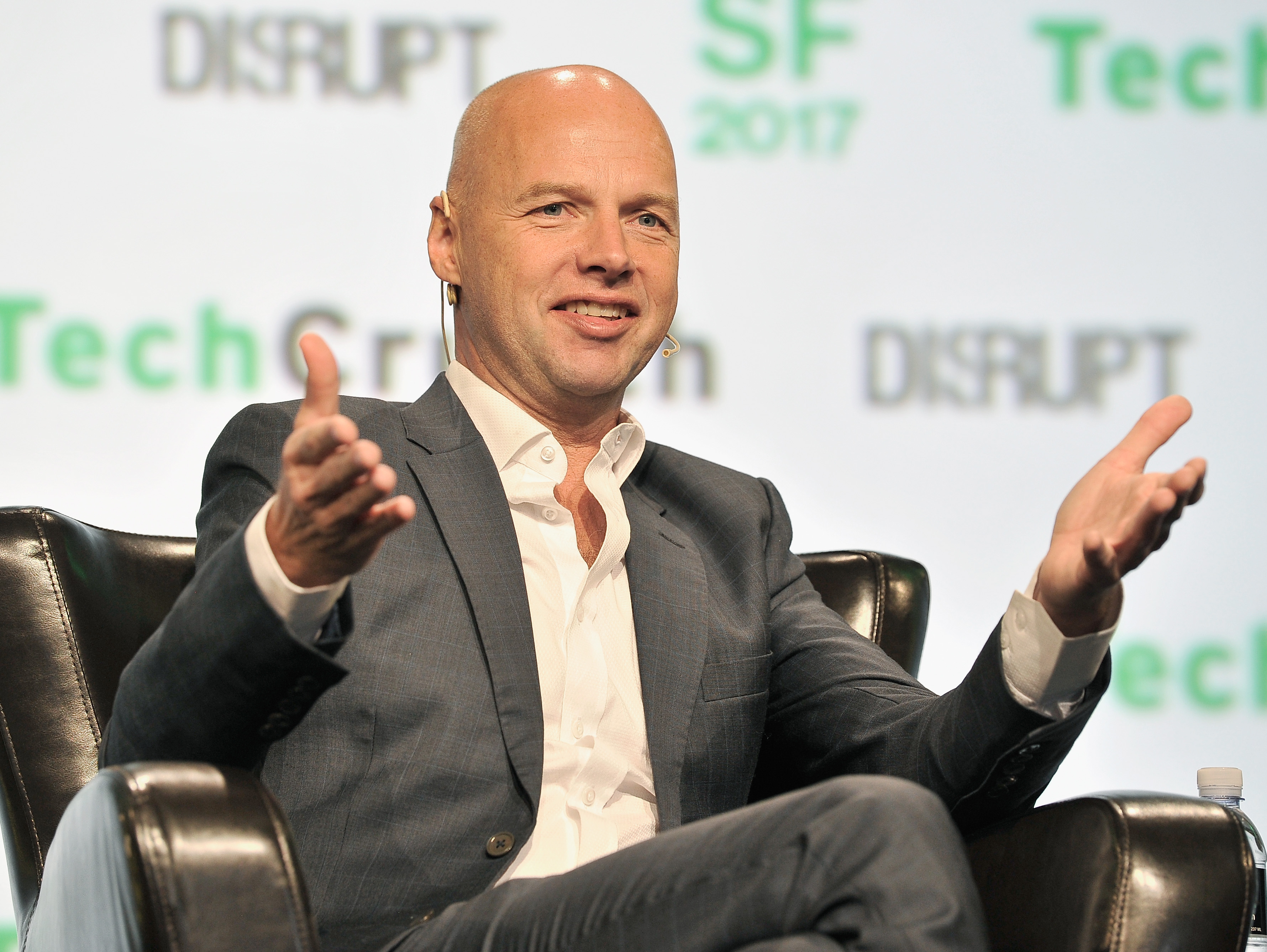 Part of Udacity’s struggles were borne out of its last funding round in 2015, when it raised $105 million and became a unicorn. That round and the valuation set high expectations for growth and revenue.

But the company started hitting those targets and 2017 became a breakout year.

After a booming 2017 — with revenue growing 100 percent year-over-year thanks to some popular programs like its self-driving car and deep learning nanodegrees and the culmination of a previous turnaround plan architected by former CMO Shernaz Daver — the following year fizzled. Its consumer business began to shrink, and while the production quality of its educational videos increased, the volume slowed.

“In 2018, we didn’t have a single a blockbuster,” Thrun said. “There’s nothing you can point to and say, ‘Wow, Udacity had a blockbuster.’ “

By comparison, the self-driving car engineering nanodegree not only was a hit, it produced a successful new company. Udacity vice president Oliver Cameron spun out an autonomous vehicle company called Voyage.

Udacity CEO Vishal Makhijani left in October and Thrun stepped in. He took over as chief executive and the head of content on an interim basis. Thrun, who founded X, Google’s moonshot factory, is also CEO of Kitty Hawk Corp., a flying-car startup.

His first impression upon his return was a company that had grown too quickly and was burdened by its own self-inflicted red tape. Staff reductions soon followed. About 130 people were laid off and other open positions were left vacant, Thrun said.

Udacity now has 350 full-time employees and another 200 full-time contractors. The company also has about 1,000 people contracted as graders or reviewers.

“An emphasis, when I rejoined, was to cut complexity and focus the company on the things that are working,” he said.

One area where Udacity seemed to excel had also created an impediment. The quality of Udacity’s video production resulted in Hollywood-quality programming, Thrun said. But that created a bottleneck in the amount of educational content Udacity could produce.

Udacity’s content makers — a staff of about 140 people — released nearly 10 nanodegrees in 2018. Today, as a result of cuts, only 40 content creators remain. That smaller team completed about five nanodegrees in the first quarter of 2019, Thrun said.

Last year, it took between 10 to 12 people, and more than $1 million, to build one nanodegree, Thrun said. “Now it’s less than 10 percent of that.”

The company was able to accomplish this, he said, by changing its whole approach to video with taping, edits and student assessments happening in real time.

Udacity, under Thrun’s direction, has also doubled down on a technical mentorship program that will now match every new student with a mentor. Udacity has hired about 278 mentors who will work between 15 and 20 hours a week on a contract basis. The company is targeting about 349 mentors in all.

Students are also assigned a cohort that is required to meet (virtually) once a week.

Thrun described the new mentor program as the biggest change in service in the entire history of Udacity. “And we literally did this in two weeks,” he said.

The strategy has met with some resistance. Some employees wanted to test the mentorship program on one cohort, or group of students, and expand from there. Even since these recent changes, some employees have expressed doubts that it will be enough, according to unnamed sources connected to or within the company.

Even Thrun admits that the “fruit remains to be seen,” although he’s confident that they’ve landed on the right approach, and one that will boost student graduation rates and eventually make the company profitable.

“If you give any student a personalized mentor that fights for them, and that’s the language I usually use, then we can bring our graduation rate, which is at about 34 percent to 60 percent or so,” he said. “And for online institutions 34 percent is high. But we have programs in that graduate more than 90 percent of our students.”

Udacity doesn’t share exact numbers on post-graduation hiring rates. But the company did say thousands of Udacity alumni have been hired by companies like Google, AT&T, Nvidia and others in the U.S., Europe, India and China.

In the U.S. and Canada, graduates with new jobs reported an annual salary increase of 38 percent, a Udacity spokesperson shared.

Indeed, Udacity has had some successes despite its many challenges.

Udacity has continued to increase revenue, although at a slower rate than the previous year-over-year time period. Udacity said it generated $90 million in revenue in 2018, a 25 percent year-over-year increase from 2017.

Udacity had informally offered enterprise programs to clients like AT&T. But in September, the company made enterprise a dedicated product and hired a VP of sales to bring in new customers.

Udacity has added 20 new enterprise clients from the banking, insurance, telecom and retail sectors, according to the company. There are now 70 enterprise customers globally that send employees through Udacity programs to gain new skills.

It continues to expand its career services and launched 12 free courses, built in collaboration with Google, with nearly 100,000 enrollments. It has also funded more than 1.1 million new partial and full scholarships to its programs for students across North America, Europe, the Middle East and Asia. About 21% of all Udacity Nanodegree students in the Grow with Google program in Europe have received job offers, according to Google.

The company also has a new initiative in the Middle East, where it teaches almost a million young Arab people how to code, Thrun said, an accomplishment he says is core to his mission.

Udacity isn’t profitable yet on an EBITDA basis, Thrun shared, but the “unit economics per students, and on a gross margin basis, are good.”

Now, it comes down to whether Thrun’s push to become faster, more efficient and nimble, all while investing in student services and its enterprise product, will be enough to right the ship.

“I really believe if you can get to the point that students come to us and we bend over backwards to ensure their success, we will be a company that has a really good chance of lasting for a lifetime,” he said.

“And if it doesn’t work, then we’ll adjust, like any other company. We can always shift.”