Roku plans to be a billion-dollar company in 2019, the company said on Thursday as part of its announcement of strong earnings. The company beat analyst estimates and reported strong growth in active users and streaming hours with earnings of $0.05 per share, compared with the $0.03 analysts had estimated, and revenues of $276 million, compared with the expected $262 million.

The company said it plans this year to invest in international expansion, its ad-supported service The Roku Channel, advertising and its Roku TV platform.

While cord cutting is driving some of Roku’s growth, only around half of Roku’s customers fit this description, CEO Anthony Wood pointed out. The other half are more like “cord shavers” — those who are still pay TV subscribers, but are shifting more of their TV viewing to streaming services.

Roku’s ability to also attract pay TV customers combined with the fact that one in four smart TVs sold in the U.S. now runs its software is helping the company’s market share grow.

Roku estimates that one in five U.S. TV households now uses the Roku platform for at least a portion of their TV viewing. In the year ahead, Roku aims to better capitalize on its traction by increasing the monetization per user and scaling the number of households using Roku.

In addition, the company sees a big opportunity in international.

“International is one of the top four areas we’re investing in,” Wood noted.

“Roku has more than 27 million active accounts globally today. Most of those are in the United States. But we believe many of the assets we built for the U.S. market will help us expand into other markets. And clearly streaming is a global opportunity with one billion households worldwide,” he said.

The company began investing more substantially in international in 2018, and has now reached 20 countries. It has added more local content and is expanding its relationships with international resellers, said Wood. “We think you’ll start to see the results of this increased investment bearing fruit in 2020,” he added.

Roku also has high hopes for The Roku Channel.

The channel is now one of the top five most popular on the platform and grew from around 1,000 free movies and TV episodes in 2017 to now around 10,000. Last year, it added more streaming partners like ABC, Cheddar and People TV and even expanded into subscriptions, with add-ons like Showtime, Starz and Epix. 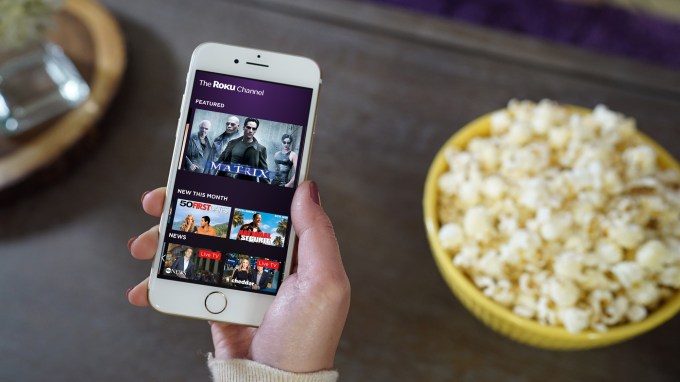 The company believes the channel will continue to become a main destination on its platform, which helps Roku monetize through advertising and its cut of subscription revenue, when customers opt to add extra packages. But today the channel is still lacking many of the major subscription services, compared with the more robust lineup offered by Amazon Channels. For example, HBO is not offered through The Roku Channel today, nor is CBS All Access.

However, the company believes its financial performance will improve this year — reaching the billion in revenue mark, with platform revenues accounting for two-thirds of that. This, in part, will be due to growing its installed base and extracting more revenue from each customer, including through The Roku Channel.

It’s worth noting that Roku recently made it possible to stream from The Roku Channel directly on mobile devices, which will likely play a role here.

Roku has been growing at a rapid pace alongside the larger cord cutting and streaming TV trend.

In the past three years, it increased active accounts by one million, six million and then nearly eight million, respectively, it said. And it quadrupled the size of its platform revenue from just over $100 million in 2016 to over $400 million in 2018. In the U.S., its active account base of 27+ million would make it equivalent to the No. 2 traditional pay TV provider.

In addition to international expansions in 2019 and investments in The Roku Channel, Roku aims to increase its Roku TV market share, and roll out new ad products in areas like marketplace, programmatic, and self-serve.

However, a lot will be changing in the streaming landscape this year, as new offerings from AT&T (WarnerMedia streaming service), Apple, Disney, Viacom (which just bought Pluto TV) and NBC hit the market.

But Roku believes it will weather these changes, too.

“I founded this company on the belief that all television was going to be streamed,” Wood told investors. “And it wasn’t that many years ago when there was no streaming, and then the only streaming was Netflix. It took a long time for the incumbents to embrace streaming. But they have. And that’s very gratifying to see every major media company in the world developing streaming strategies, which is great — it’s great for us, because we’re the leading streaming platform,” he said.