Instagram is threatening to attack Pinterest just as it files to go public the same way the Facebook-owned app did to Snapchat. Code buried in Instagram for Android shows the company has prototyped an option to create public “Collections” to which multiple users can contribute. Instagram launched private Collections two years ago to let you Save and organize your favorite feed posts. But by allowing users to make Collections public, Instagram would become a direct competitor to Pinterest.

Instagram public Collections could spark a new medium of content curation. People could use the feature to bundle together their favorite memes, travel destinations, fashion items or art. That could cut down on unconsented content stealing that’s caused backlash against meme “curators” like F*ckJerry by giving an alternative to screenshotting and reposting other people’s stuff. Instead of just representing yourself with your own content, you could express your identity through the things you love — even if you didn’t photograph them yourself. And if that sounds familiar, you’ll understand why this could be problematic for Pinterest’s upcoming $12 billion IPO. 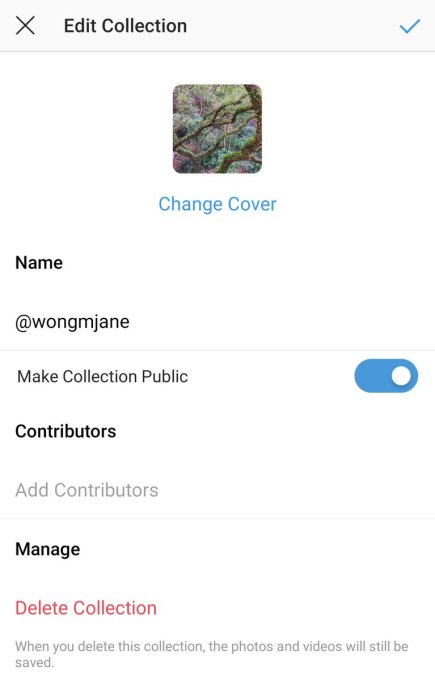 The “Make Collection Public” option was discovered by frequent TechCrunch tipster and reverse engineering specialist Jane Manchun Wong. It’s not available to the public, but from the Instagram for Android code, she was able to generate a screenshot of the prototype. It shows the ability to toggle on public visibility for a Collection, and tag contributors who can also add to the Collection. Previously, Collections was always a private, solo feature for organizing your bookmarks gathered through the Instagram Save feature Instagram launched in late 2016.

Instagram told TechCrunch “we’re not testing this,” which is its standard response to press inquiries about products that aren’t available to public users, but that are in internal development. It could be a while until Instagram does start experimenting publicly with the feature and longer before a launch, and the company could always scrap the option. But it’s a sensible way to give users more to do and share on Instagram, and the prototype gives insight into the app’s strategy. Facebook launched its own Pinterest-style shareable Sets in 2017 and launched sharable Collections in December.

Currently there’s nothing in the Instagram code about users being able to follow each other’s Collections, but that would seem like a logical and powerful next step. Instagrammers can already follow hashtags to see new posts with them routed to their feed. Offering a similar way to follow Collections could turn people into star curators rather than star creators without the need to rip off anyone’s content. Speaking of infuencers, Wong also spotted Instagram prototyping IGTV picture-in-picture, so you could keep watching a long-form video after closing the app and navigating the rest of your phone. 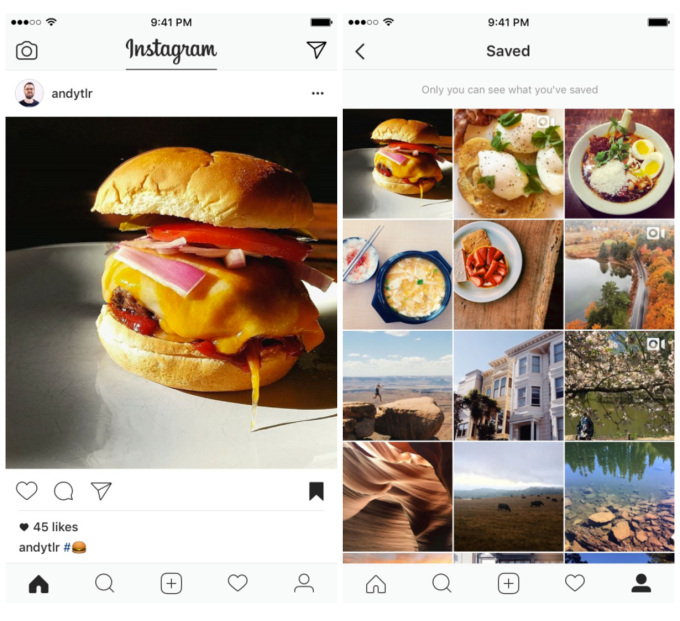 Instagram lets users Save posts, which can then be organized into Collections

Public Collections could fuel Instagram’s commerce strategy that Mark Zuckerberg recently said would be a big part of the road map. Instagram already has a personalized Shopping feed in Explore, and The Verge’s Casey Newton reported last year that Instagram was working on a dedicated shopping app. It’s easy to imagine fashionistas, magazines and brands sharing Collections of their favorite buyable items.

It’s worth remembering that Instagram launched its copycat of Snapchat Stories just six months before Snap went public. As we predicted, that reduced Snapchat’s growth rate by 88 percent. Two years later, Snapchat isn’t growing at all, and its share price is at just a third of its peak. With more than 1 billion monthly and 500 million daily users, Instagram is four times the size of Pinterest. Instagram loyalists might find it’s easier to use the “good enough” public Collections feature where they already have a social graph than try to build a following from scratch on Pinterest.