Daimler AG and BMW Group officially agreed to merge their urban mobility services into a single holding company back in March 2018 with a 50 percent stake each. And now, they want to unify their services under five categories by creating five joint ventures — Reach Now, Charge Now, Park Now, Free Now and Share Now.

Both automakers plan to invest $1.1 billion (€1 billion) to foster these urban mobility services over the coming years. There are already 60 million people using one of the 14 services currently available.

Let’s go through the details. Free Now is the name of the ride-hailing company, which includes mytaxi, Kapten, Clever Taxi and Beat. Those services combined operate in 130 cities in 17 countries. Hive, a new e-scooter company, is also part of Free Now. 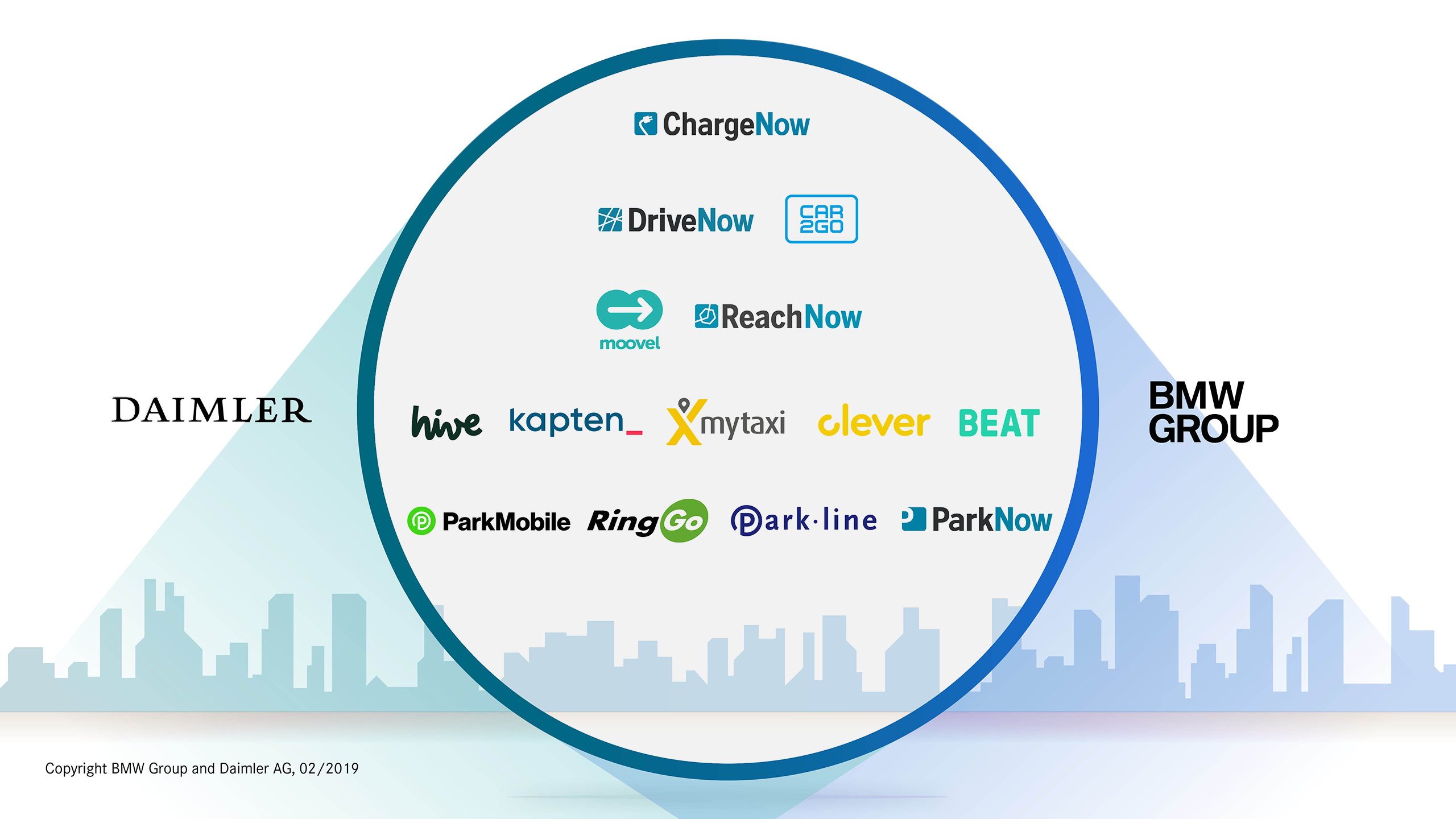 mytaxi, a popular app that lets you hail a taxi from your phone, already sent an email to its customers saying that the company will rebrand its service to Free Now later this year. It’s unclear what’s going to happen to the other brands. Chauffeur-Privé recently rebranded to Kapten, so it sounds like apps and services won’t merge overnight.

Charge Now already exists and is a network of public charge points for electric cars. It provides a white label service for car manufacturers as well. So nothing is changing there.

Share Now is all about free-floating services. Daimler and BMW each had its own service, DriveNow and Car2Go; they’re now under the same roof.

The new Reach Now combines moovel with an existing service called ReachNow. This one is a bit weird as moovel lets you access various transportation methods from a single app. You can find your itinerary, and book and pay for various services through the app. The old ReachNow is different as it’s a ride-hailing service in Seattle and Portland.

That wasn’t easy to unpack. It’s clear that things are still moving and plans aren’t set in stone when it comes to integrations and brand simplification. Eventually, BMW CEO Harald Krüger hopes that all of those services will converge and form an end-to-end service.

“We have a clear vision: these five services will merge ever more closely to form a single mobility service portfolio with an all-electric, self-driving fleet of vehicles that charge and park autonomously and interconnect with the other modes of transport,” he said in the release.

While it sounds like a wild dream, it’s interesting to see that Daimler and BMW are both very serious about mobility services. They know that they can’t just be car manufacturers, and must expand beyond their traditional role.

It’s a competitive industry with well-funded giants, such as Uber and Didi. And if Daimler and BMW want to remain relevant, they need to invest and develop these services.