Vincross, the company behind the six-legged robot Hexa, said on Tuesday that it has picked up $10 million in a Series A+ funding round led by Lenovo Capital, the startup fund managed by Lenovo Group. Returning investor GGV Capital and newcomer Seekdource Capital also participated. The company declined to disclose its latest valuation but said the proceeds will go toward research and development as well as new product lines.

Neuroscience and artificial intelligence researcher Tianqi Sun started Vincross in Beijing back in 2016 when he raised $220,000 for Hexa on Kickstarter. At the time the insectile, programmable robot had separated itself from the horde of humanoids on the market by billing itself as the first robot that can climb stairs, making it suitable for firefighting and other rescue tasks.

Meanwhile, Lenovo’s interest in the startup underscores the personal computer giant’s intent to catch the impending robotics wave, which has been evident since it shelled out $500 million in 2016 for a new investment vehicle to back artificial intelligence, robot and cloud computing startups as the PC market dwindled. Some notable AI companies from its 100-plus portfolio are face recognition company Face++, chipmaker Cambricon and electric automaker Nio. 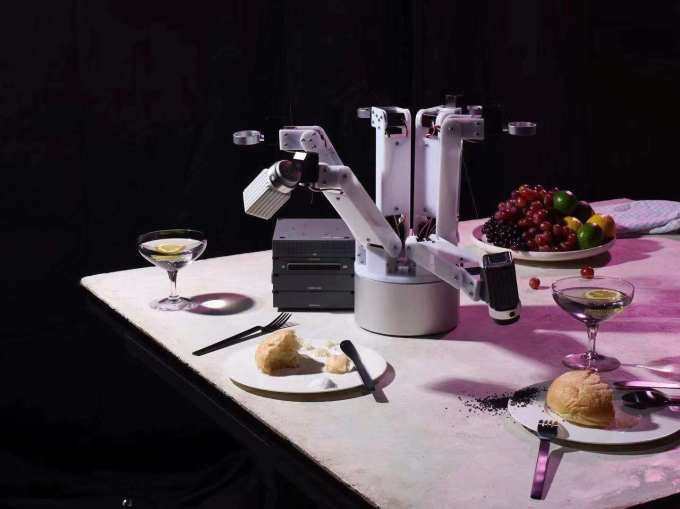 “Lenovo lead this round as they had an aligned vision with us on how the future of consumer electronics products that will be in everyone’s home will be robotics, similar to how this has been the case for laptops and computers, which Lenovo is also known for,” founder and chief executive Sun told TechCrunch.

Vincross also announced Tuesday a new developer kit called Mind to serve customers at all levels of building capacities. The firm says early testers have used it to build devices from a voice-controlled gadget that passes you salt and pepper at the dining table, to an all-terrain, legged robot that looks just like Hexa. Amateurs and professional developers can order the suite for $99 on Kickstarter before it gets retailed at $150, a price tag Sun believes is competitive for consumer-facing robotic development kits.

Vincross already runs an open platform for developers to toy with new hacks for Hexa, upon which they can sell those skills through the company’s online marketplace. The firm has sold about 2,000 devices to researchers, educators, young developers and more in 20 countries, with most of its sales coming from China and the U.S., where Vincross has set up overseas operations.

Within the space of robots for kids, Vincross faces competition from Shenzhen-based Makeblock, which raised $30 million in 2017 to build its development kit targeted at young programmers.

“The types of consumers [Mind Kit is] targeting should be in the process of learning basic programming skills but interested in robotics development, and so we anticipate interest from high school students or older, all the way up to robotics makers,” suggested Sun.