WireGuard could be the most promising VPN protocol in years. It lets you establish a connection with a VPN server that is supposed to be faster, more secure and more flexible at the same time. The developers launched a brand new app in the Mac App Store today.

WireGuard isn’t a VPN service, it’s a VPN protocol, just like OpenVPN or IPsec. The best thing about it is that it can maintain a VPN connection even if you change your Wi-Fi network, plug in an Ethernet cable or your laptop goes to sleep.

But if you want to use WireGuard for your VPN connection you need to have a VPN server that supports it, and a device that supports connecting to it. You can already download the WireGuard app on Android and iOS, but today’s release is all about macOS.

The team behind WireGuard has been working on a macOS implementation for a while. But it wasn’t as straightforward as an app. You could install WireGuard-tools using Homebrew and then establish a connection using a command line in the Terminal.

It’s much easier now, as you just have to download an app in the Mac App Store and add your server profile. The app is a drop-down menu in the menu bar. You can manage your tunnel and activate on-demand connections for some scenarios. For instance, you could choose to activate your VPN exclusively if you’re connected to the internet using Wi-Fi, and not Ethernet.

I tried the app and it’s as snappy and reliable as expected. The app leverages Apple’s standard Network Extension API to add VPN tunnels to the network panel in the settings. 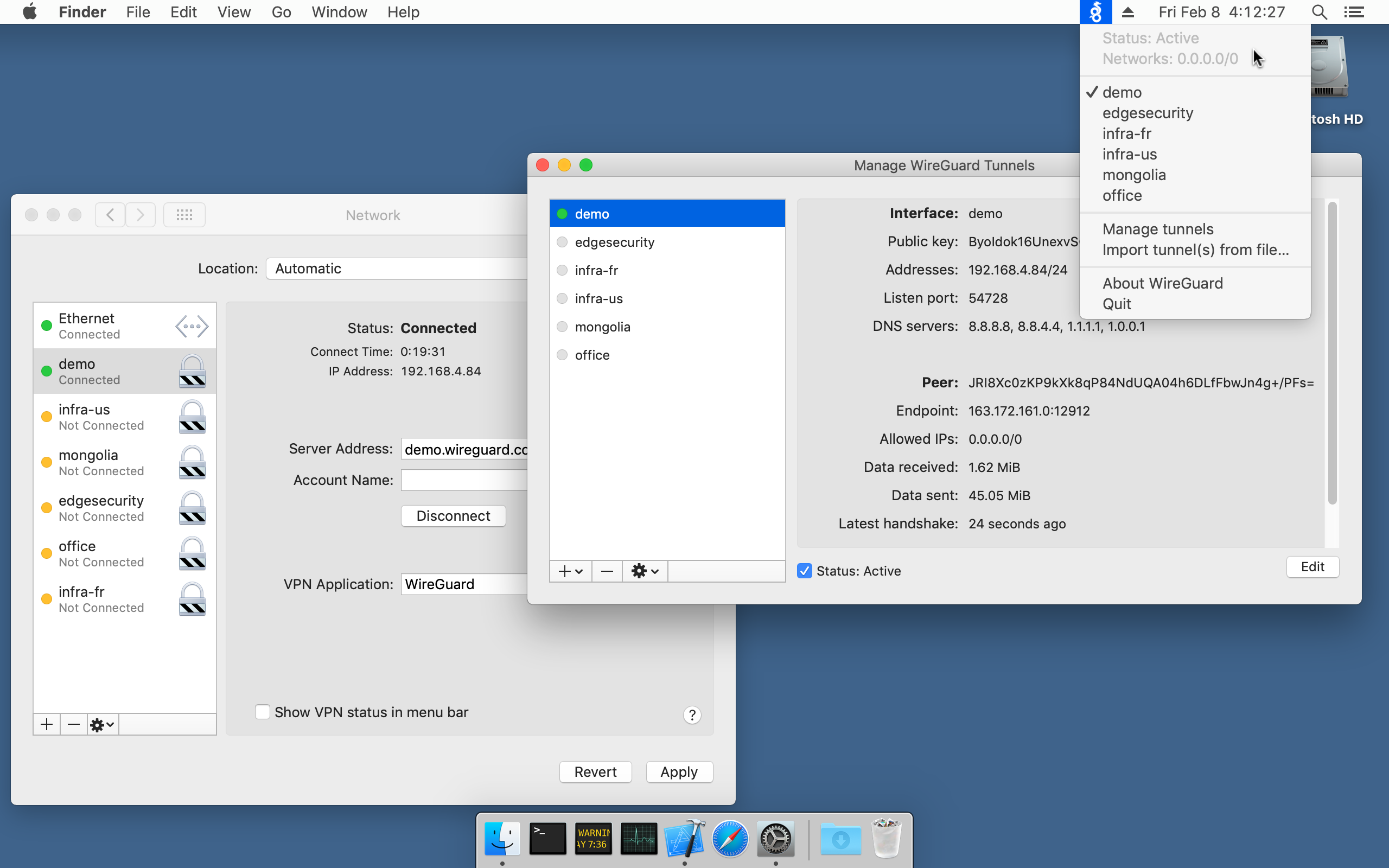 If you want to try WireGuard yourself, I recommend building your own VPN server using Algo VPN. Don’t trust any VPN company that sells you a subscription or lets you access free VPN servers. A VPN company can see all your internet traffic on their own servers, which is a big security risk.

Assume that those companies analyze your browsing habits, sell them to advertisers, inject their own ads on non-secure pages or steal your identity. The worst of them can hand to authorities a ton of data about your online life.

They lie in privacy policies and often don’t even have an About page with the names of people working for those companies. They spend a ton of money buying reviews and endorsements. You should avoid VPN companies at all costs.

If you absolutely need a VPN server because you can’t trust the Wi-Fi network or you’re traveling to a country with censored websites, make sure you trust the server.