Apple this morning announced a new partnership designed to train more people to code using its own programming language, Swift. The company says it’s now working with the Oakland-based nonprofit organization Dream Corps on the initiative, which will see Apple providing technology along with curriculum guidance, professional support and advocacy to individuals in middle and high schools, college and beyond.

The nonprofit currently operates its own learn-to-code program called #YesWeCode, which has graduated 100 people to date and placed around 60 percent in tech jobs. Its long-term goal is to help 100,000 young people from underrepresented backgrounds to be able to train for jobs in tech.

“I see Dream Corps as a Peace Corps for the American Dream,” said CEO Vien Truong, in a statement. Truong joined the organization in 2015, and is herself the youngest of 11 children born to an immigrant couple who migrated from Vietnam in the 1970s, Apple also noted.

“It’s about making sure that we can help support people who lived or grew up in communities like mine. And this partnership with Apple will help unlock the untapped genius and talent within those communities, which will allow a new generation to achieve their dreams,” she added. 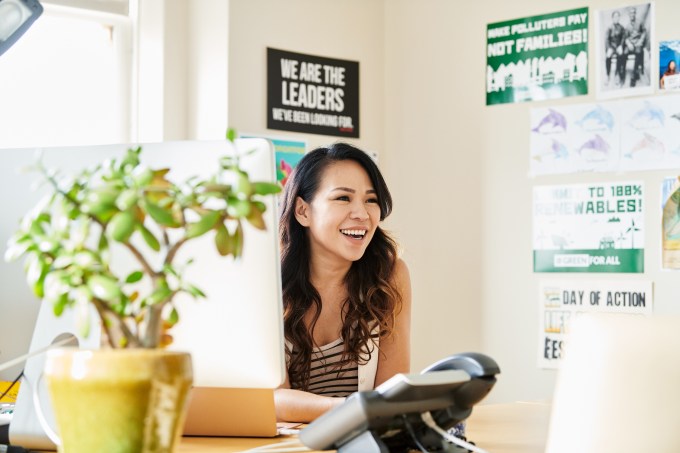 Dream Corps is now working with the Mayor’s Office and City of Oakland to find a location for a dedicated space to support the program with Apple and other workforce development initiatives. Apple says it’s expected to launch its program later this year in the Bay Area.

Apple’s investment in programming training and development is part of its larger Community Education Initiative. But partnerships like this aren’t the only way Apple is pushing people to learn to code with Swift.

Since the language’s introduction in 2014, Apple has rolled out several programs and tools aimed at helping introduce more people to Swift, including the 2016 launch of kids coding app Swift Playgrounds; expansions of its own “Everyone Can Code” program across the U.S. and elsewhere in the world; the addition of free coding sessions at its retail stores; and it has offered educational tools, software and curriculum for teachers.

For Apple, all of this is about ensuring there’s a new generation of developers learning its tools and Swift, in order to develop new apps for its platforms, iOS, macOS, watchOS and tvOS.

At last year’s WWDC event, Apple CEO Tim Cook said there were 20 million registered developers on iOS who collectively made about $100 billion in revenues, while the App Store saw some 500 million visitors per week.

As more of Apple’s business shifts to its growing Services business instead of just iPhone sales, it’s critical to ensure the developer pipeline remains open and accessible.