Samsung’s newest product launch happens next week, but already the Korean tech giant has revealed its entire upcoming range of wearable devices that will seemingly be unveiled alongside the Galaxy S10.

That’s because the company’s Galaxy Wearable’s app was uploaded today with support for a range of unreleased products, which include wireless earbuds, a sports-focused smartwatch and a new fitness band.

First reported by The Verge — and originally noticed by @SamCentralTech on Twitter — the new wearables include a Galaxy Sport smartwatch, fitness bands Galaxy Fit and Galaxy Fit e and Galaxy Buds, Samsung’s take on Apple’s AirPods. The devices have all been teased in various leaks in recent weeks, but this confirmation from the Samsung app, deliberate or inadvertent, appears to all but confirm their impending arrival.

That said, we really can’t tell too much about the respective devices based on the app, which just shows basic renders of each device. 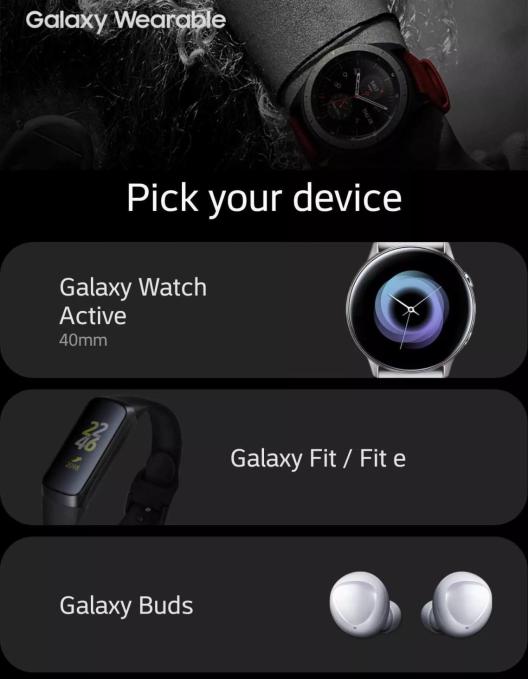 Still, that might just be enough of a tease to general a little more interest in what promises to be Samsung’s biggest consumer launch event of the year.

The Samsung unveiling comes days before Mobile World Congress, the mobile industry’s biggest event of the year — so expect to see new product launches coming thick and fast over the coming weeks.

What to expect from Mobile World Congress 2019