Walmart’s tech incubator Store N°8 today launched its next startup, a VR merchandising company called Spatial&. The company offers VR experiences that enable customers to connect with merchandise, and is kicking things off by collaborating with DreamWorks Animation VR tour. At select Walmart locations across the U.S., Spatial& will set up a VR experience in the parking lot, allowing customers to visit DreamWorks’ “How to Train Your Dragon: The Hidden World” through VR. Afterwards, customers are directed to a branded, physical gift shop where they can make purchases.

The experience is meant to help DreamWorks market their film ahead of its February 22 release, while Walmart gets to hawk film merchandise to its customers.

It’s not all that different from the “exit through the gift shop” concept found at theme parks.

Upon entering the experience, customers are greeted by the film’s characters Ruffnut and Tuffnut, and are then led into a “dragon’s cave” where they’ll put on VR headsets and get seated in Positron motion VR chairs powered by the HP VR backpack.

The VR story they engage with will take them on a five-minute journey into the movie’s world, where they interact with other characters, including  Astrid, Hiccup, Toothless, Hookfang and more. During this experience, participants will have a multi-sensory encounter, thanks to hand tracking and 6DOF (6 degrees of freedom) in the Voyager VR motion chair.

When the experience wraps, customers are guided into a themed gift shop where they can buy merchandise like plush toys, action figures, DVDs, video games, and more. 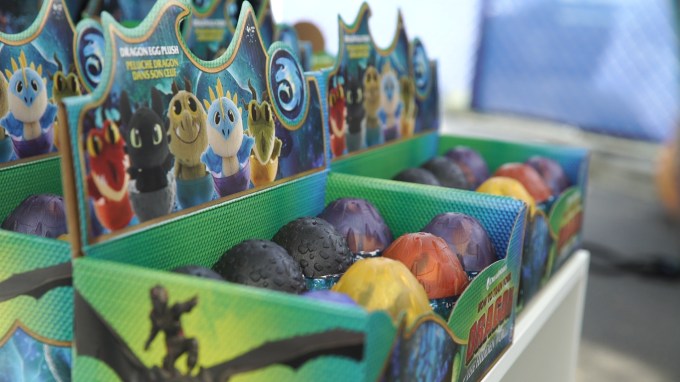 Some merchandise from this collection will also be sold across 2,000 Walmart stores – not only those with the VR experience.

On the technology side, Spatial& and DreamWorks leveraged servers and workstations with Intel Xeon Scalable processors to stitch together high-res images and 360-degree VR videos. For the experience itself, the startup uses HP Windows Mixed Reality headsets, Omen by HP Mindframe Headsets, and PCs with Intel Core processors. Outside, parents can follow along with what their children are viewing via Intel-powered Omen by HP Gaming Laptops. 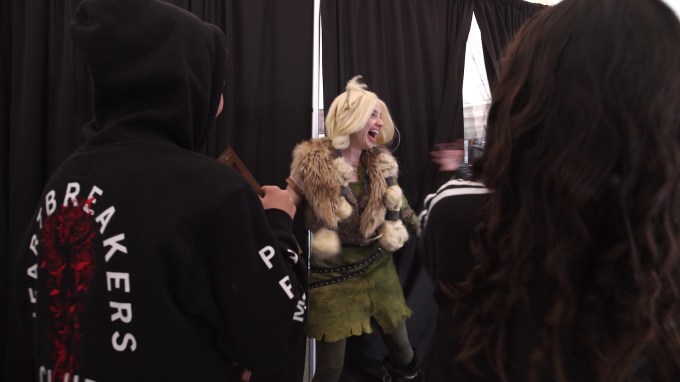 “We have set an extremely high bar for quality and innovation for the How to Train Your Dragon franchise, and our partners at Spatial& exceeded our expectations with their incredible work on this project,” said Abhijay Prakash, chief operating officer of DreamWorks Feature Animation, in a statement about the launch.“This latest Dragon film displays DreamWorks’ best in class creative abilities combined with state of the art advances in animation technology, and we are thrilled that this experience created by Spatial& lives up to that reputation while allowing fans to journey straight to the center of this unique world we’ve created for the film. It’s a truly exhilarating experience,” Prakash added.

Walmart says the experience will go live at 16 stores in the U.S., starting this weekend and continuing through early April.

Those locations include the following:

Spatial& is one of several tech startups being incubated by Walmart’s Store No. 8, which launched in 2017 to focus on retail innovation. Other businesses being incubated there include conversational commerce startup Jetblack, from Rent the Runway co-founder Jenny Fleiss; stealth startup Franklin from Wim Yogurt founder Bart Stein; and AI lab Project Kepler.