Sales and marketing are steeped in data to explain just how well they are doing, but engineering, the department charged with creating the products these departments sell has lacked the tools to measure engineering effectiveness. Pinpoint wants to change that by making engineering a more data-driven endeavor. Today it announced a $13.5 million Series A round.

The round was led by Bessemer Venture Partners with participation from seed investors Storm Ventures, Boldstart Ventures, Bloomberg Beta, Slack Fund, Social Capital and Cherubic Ventures. That’s quite a lineup of investors for an early-stage startup.

Perhaps that’s because the company was founded by a couple of industry veterans, Jeff Haynie and Nolan Wright, who co-founded Appcelerator. That company was acquired by Axway in 2016. One of the issues the two founders observed running a company was the difficulty in measuring the effectiveness of their engineering group, and that there were a dearth of tools to help.

Sure if you were Facebook, Google, Apple or similarly large organization, maybe you could create such a product in-house, but the founders saw that engineering groups at most companies lacked a centralized, data-driven approach to understand how well the group’s efforts aligned with the broader goals of the organization. So they did what all good entrepreneurs do, they started a company to do just that.

Taking advantage of machine learning, the company built an application that taps into engineering tools like Jira and Github to manage, understand and even predict engineering outcomes. The approach doesn’t actually require engineers to do anything differently. They simply use their regular systems of organization and connect Pinpoint to them to gather data. 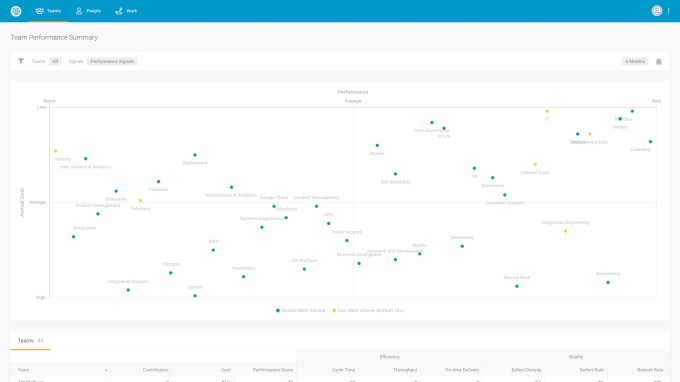 It wasn’t an easy tool to build because they needed actual data to train the machine learning models. The company used its own engineering efforts and those of several design partners to help launch the product. The founders also recognized that companies may be reluctant to move their engineering data to the cloud, so they came up with a solution, using an open source agent that sits on the customer’s systems, and only moves metadata to the cloud.

Pinpoint was founded in 2016. It’s based in Austin and currently has 25 employees. That is likely to increase fairly dramatically as they put today’s investment to use.