Eastnine, a new fitness startup and app co-founded by London entrepreneur and investor Jason Goodman, is de-cloaking today, including disclosing that it has raised £2 million in seed funding.

Leading the round is London-based LocalGlobe and Berlin-based Cherry Ventures, which are joined by a list of prominent angel investors that includes Niklas Zennström, co-founder of Skype and London venture capital firm Atomico.

The links to current Atomico personnel, who have all invested in a personal capacity, shouldn’t come as a total surprise. Before co-founding Eastnine, Goodman spent a year as an Atomico Executive-in-Residence (XiR), where he mentored founders within the venture capital firm’s portfolio. Prior to Atomico, he was founder and CEO of product design agency Albion, which was acquired by KBS.

Launching in beta for iOS, the Eastnine app is initially focusing on running, blending professional coaching sessions delivered via audio with more innovative social features. The latter includes the ability to “race” against other Eastnine runners who have previously taken the same coaching session. The feature uses asynchronous session data, but is presented on a map in real time, something akin to racing against an action replay.

The social element, explained Goodman in a call yesterday, is important to help motivate people to engage with and improve their fitness. That’s because running can often feel incredibly isolated and it is difficult to see an improvement because it can be slow to manifest.

“A daily run is hard to make a habit and can be inherently solitary,” says Goodman. “Doing it with others makes it enjoyable, purposeful and addictive. We’ve tried all sorts of apps, but they are linear and lonely and miss the extra push you get from doing it with others, on your terms. Our training experience combines the fun and sport of being surrounded by other Eastnine runners on a real-time leaderboard with [a] genuinely knowledgeable coaching approach that inspires people to run more and run better.”

(“Hate running but now actually doing it,” is how one London millennial founder described the Eastnine app, having taken part in the startup’s closed beta.) 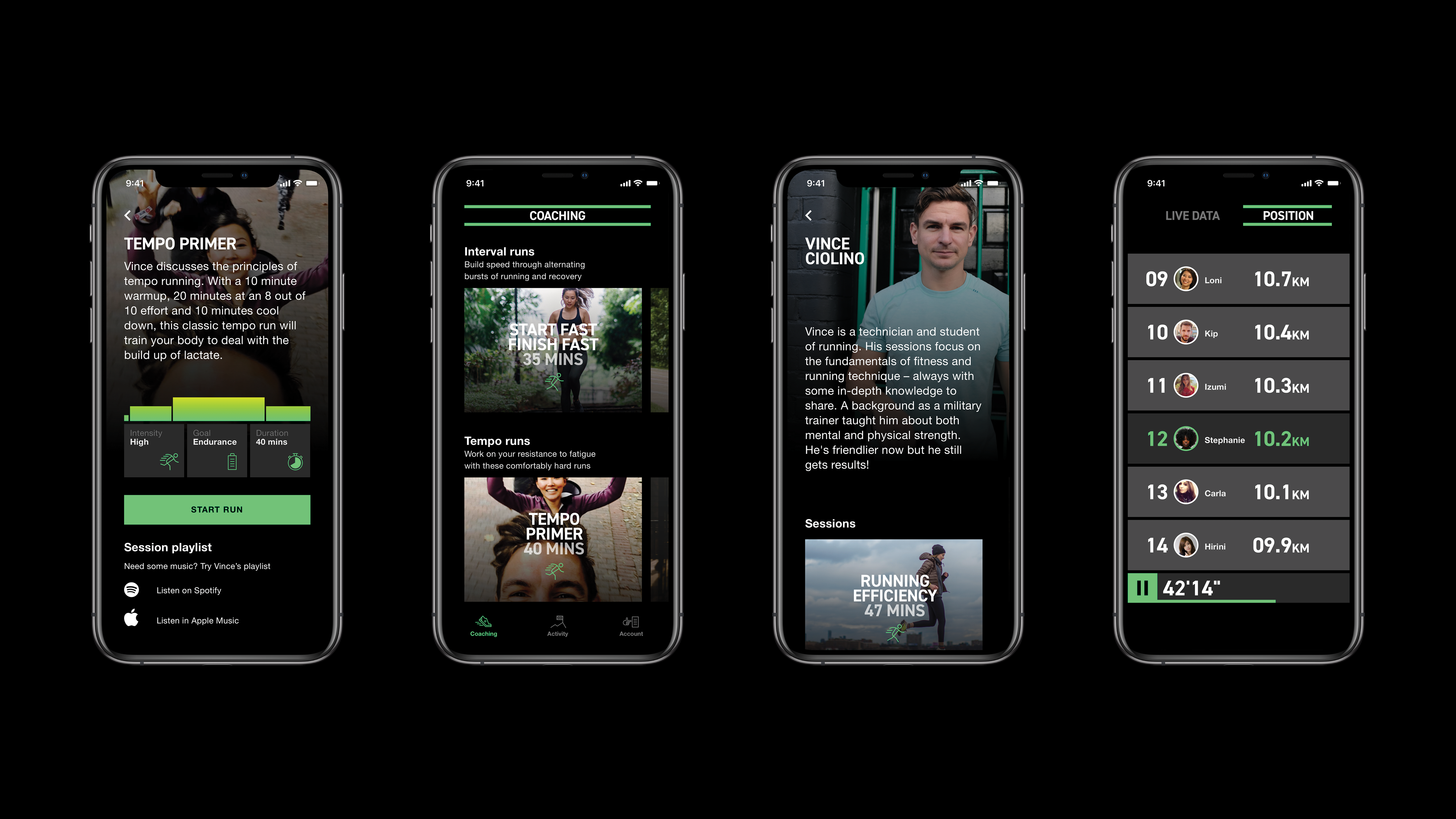 More broadly, Goodman says he wants to disrupt the “con” in fitness and the way people approach fitness everyday. “We want to do this by helping to create the right habits, making it accessible, social and enjoyable,” he tells me, whilst bemoaning the number of charlatans that currently exist in the fitness space. He also believes the industry is crying out for a more British and quietly European approach, instead of the “shouty” coaching style often imported from North America.

The Eastnine coaching team is made up of qualified coaches from the world of professional sport. They include Team GB athletes JJ Jegede and Lewis Richardson; former professional rugby player Leo Savage; osteopath to elite sports professionals Alice Monger-Godfrey; and nutritionist to competitive cyclists and Ironman athletes Will Girling.

“The fitness industry on so many levels is a con,” says Goodman. “Too many products and services are sold to us in a way that suggests an immediate fix — but human nature means that when we don’t see results, or create the right habits, we don’t push on and make tangible progress. The real challenge is to learn the right habits that help us make real progress. The cons are well-documented: gyms make profit on the users that don’t show up or cancel their membership and social media is full of pseudo celebrities selling the latest appetite suppressant lollipop that they have never used but are happy to endorse. The category is full of people saying one thing and trying to sell you something else.”

While in beta, the Eastnine app remains entirely free. However, the startup plans to eventually switch to a freemium model, with an optional monthly subscription similar to Calm or Headspace that can be canceled at any time. “We want as many people using it as possible so we can develop the service with our members’ feedback,” adds Goodman. “We’ll use a freemium approach so a portion of content will always be free.”