DigitalOcean started as an affordable but basic virtual private server offering with a pleasant user interface. Over the last few years, the company started adding features like object and block storage, load balancers and a container service. Today, it’s expanding its portfolio once again by launching a feature that was sorely missing in its lineup: a managed database service.

The first edition of these DigitalOcean Managed Databases only supports PostgreSQL, the popular open-source relational database. Later this year, it’ll add MySQL and Redis support (likely in Q2 or Q3). As for other databases, the company says that it’ll listen to customer feedback and use that to prioritize other offerings.

Like similar services from other vendors, Managed Databases promises to make life easier for developers. DigitalOcean users will be able to launch a database within a few seconds and the service then handles all the maintenance tasks, including updates. Like with the company’s other services, developers can either use a graphical user interface or the company’s API, in addition to third-party Terraform providers.

Daily backups are free and DigitalOcean promises end-to-end security of your data both at rest and in transit.

Here is what the pricing for the new service will look like: 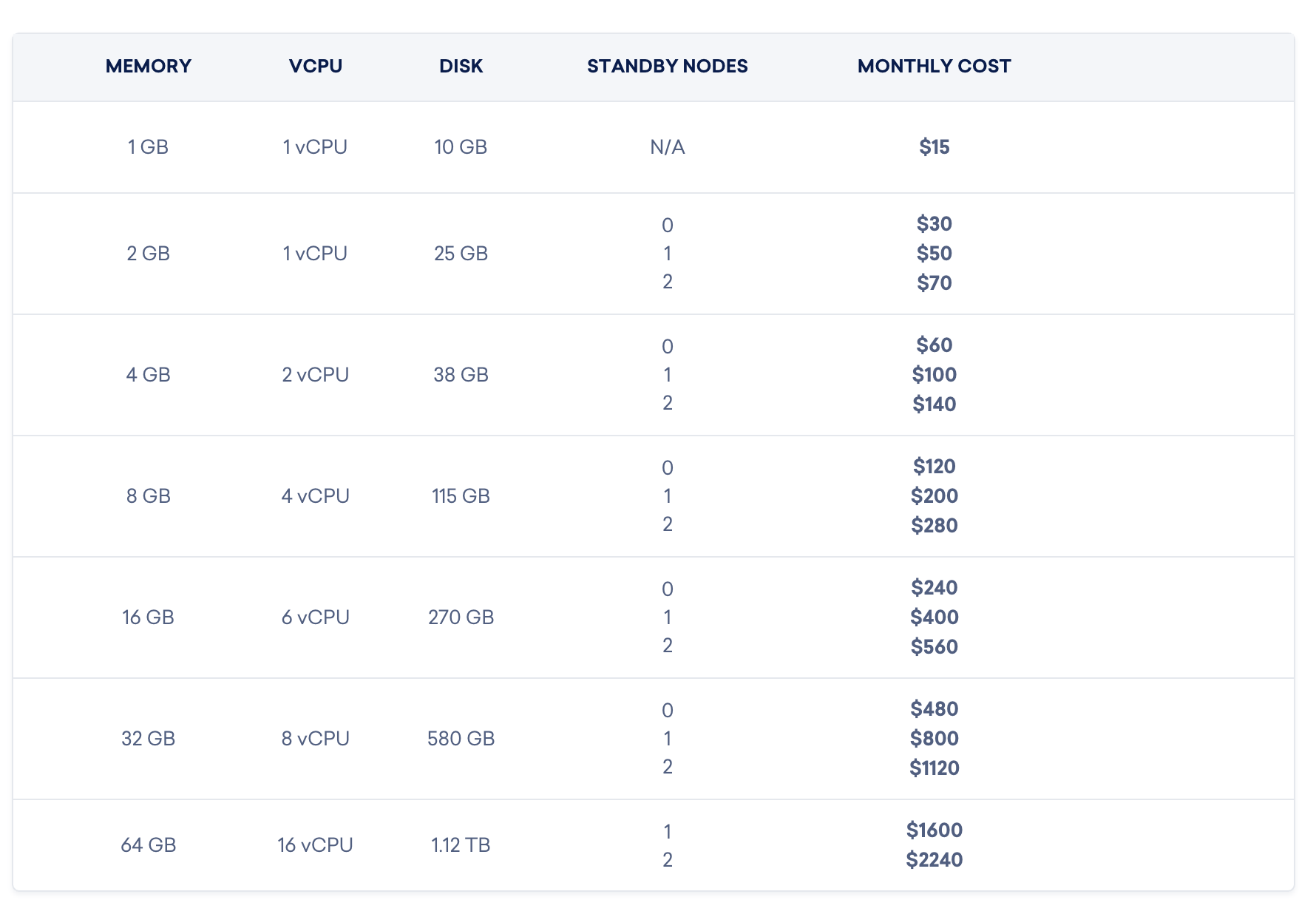 “Our product development is driven by one vital question: How do we empower developers to do more valuable work in less time?,” said DigitalOcean’s vice president of Product, Shiven Ramji. “With Managed Databases, developers and their teams can focus on creating meaningful applications and sharing them with their communities, without the headache of having to manage the database infrastructure that enables the process.”