App and web developers are always trying to figure out better ways of keeping their users engaged on their platforms for longer. Today, Amazon is launching a service that it hopes those developers will use to do just that. Amazon Moments — as it is called — will let developers create actions — “moments” — that it wants users to perform — such as watching several episodes of a series if its a streaming service; or taking out a subscription if its a news site — and giving users actual physical gifts in exchange for doing so.

The service is going live in 100 countries today, Amazon said. Items that are eligible to be gifted as part of the Moments scheme will come in a catalogue — Amazon said that there are “millions” of products in it already, both from Amazon and select third-party vendors — and will sit alongside other kinds of products that incentivize users to be more engaged in apps, games and other digital services such as virtual currencies and gift cards.

“This adds to the variety and lets developers do something they haven’t been able to do before,” said Amir Kabbara, Amazon’s head of Moments, in an interview.

He added that they are proving to be very effective so far in pilots that Amazon has run with a number of publishers and other developers — The Washington Post, TikTok, Sony Crackle, Sesame Workshop, USA TODAY, Sago Mini and Bell Canada were among the early testers — with customers on average two to three times more likely to complete actions versus test-using virtual items. 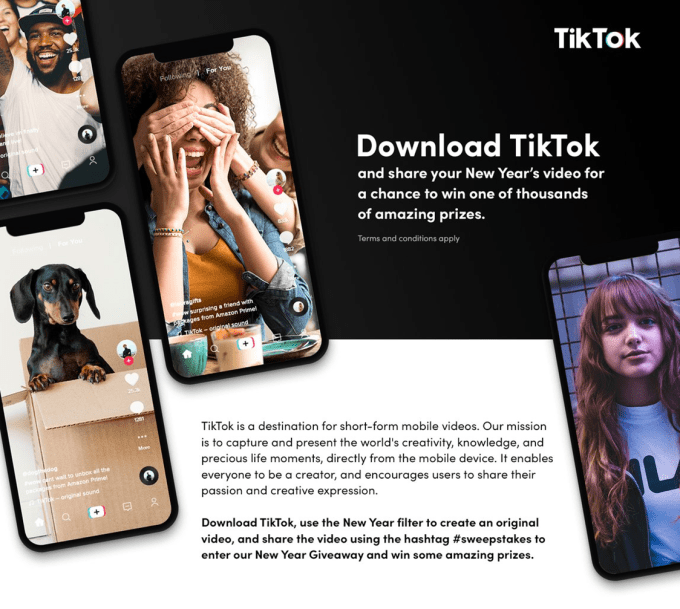 While offering a “gift with purchase” is nothing new in the world of retail, it’s been a trickier proposition when it comes to online commerce, because then the company setting up the promotion has to handle the fulfillment of the gifts, and that may stray far from its core competency as a business. For Amazon, this simply maximises the infrastructure that the e-commerce giant has already built to run its own Marketplace, and it gives another opportunity to sell items from that Marketplace.

Moments comes in the form of an API that the developer and marketing team can build into an app or website, and for now there are a couple of ways that a company can be flexible in terms of what actually gets gifted.

There can be a specific item as the reward — for example, The Washington Post offered Echo Dots to people who subscribed — or it can be a gift certificate toward the purchase of an item like a book, which the customer then gets to choose.

They pay for the service by way of CPA — cost per “action” — meaning only when the action is completed and the reward is redeemed. Amazon, as a result, gets two different revenue streams from this, as the Marketplace operator and as the exchange selling the marketing unit to the developer/marketer. 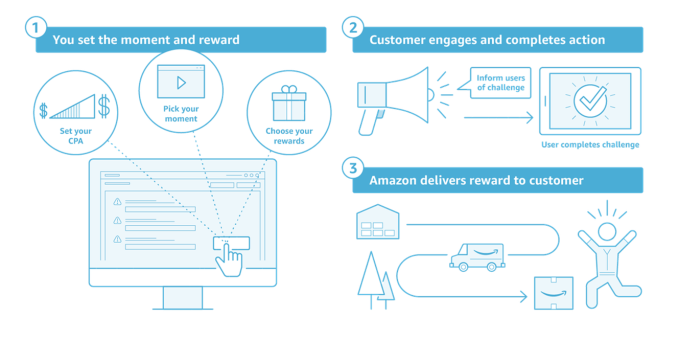 Moments can also be segmented by customer types. Amazon notes: “If keeping an active payer engaged is worth $50, you can set a high-value action and offer $40 headphone sets with a comfortable margin of error. In addition, customer targeting allows you to tailor rewards to the lifetime value of each user segment. You could offer a $5 reward to new users, a $25 reward to active payers, and a $200 reward to top spenders.”

Over time, it will be interesting to see if Amazon applies more of its personalisation prowess to the product.

Just as advertising — or visiting Amazon’s homepage — is an exercise in seeing how your interests are tracked and aggregated to present you with what you are most likely to buy, you could imagine Moments promotions that will know that I already own an Echo Dot (or two) and that what I probably really want is an Eero. Given Amazon’s wider ambitions to grow its advertising and adtech businesses, it’s not outside the realm of possibility.