Around 37 percent of Americans were subjected to severe hate and harassment online in 2018, according to a new study by the Anti-Defamation League, up from about 18 percent in 2017. And more than half of all Americans experienced some form of harassment, according to the ADL study.

Facebook users bore the brunt of online harassment on social networking sites according to the ADL study, with around 56 percent of survey respondents indicating that at least some of their harassment occurred on the platform — unsurprising, given Facebook’s status as the dominant social media platform in the U.S. 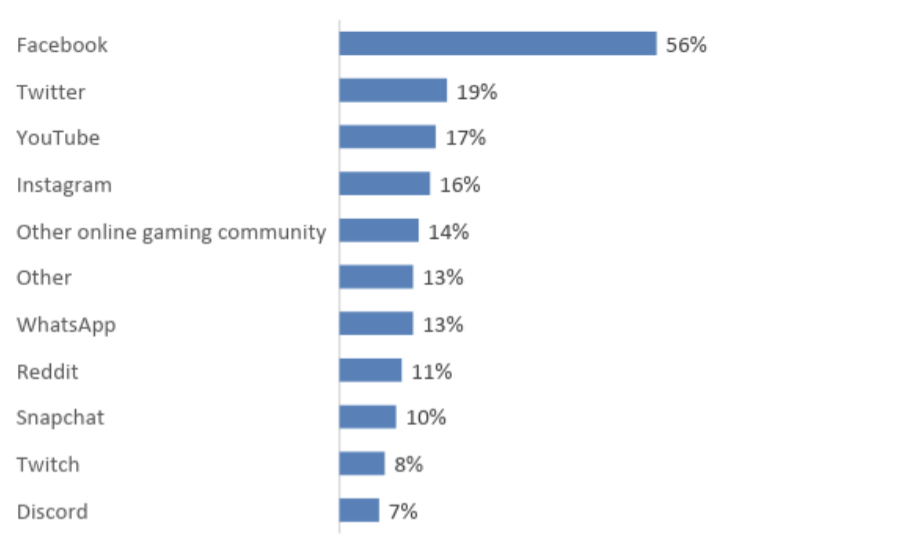 Chart courtesy of the Anti-Defamation League

In all, the blue-ribbon standards for odiousness went to Twitch, Reddit, Facebook and Discord, when the ADL confined their surveys to daily active users. nearly half of all daily users on Twitch have experienced harassment, the report indicated. Around 38 percent of Reddit users, 37 percent of daily Facebook users and 36 percent of daily Discord users reported being harassed.

“It’s deeply disturbing to see how prevalent online hate is, and how it affects so many Americans,” said ADL chief executive Jonathan A. Greenblatt. “Cyberhate is not limited to what’s solely behind a screen; it can have grave effects on the quality of everyday lives — both online and offline. People are experiencing hate and harassment online every day and some are even changing their habits to avoid contact with their harassers.”

And the survey respondents seem to think that online hate makes people more susceptible to committing hate crimes, according to the ADL.

The ADL also found that most Americans want policymakers to strengthen laws and improve resources for police around cyberbullying and cyberhate. Roughly 80 percent said they wanted to see more action from lawmakers.

Even more Americans, or around 84 percent, think that the technology platforms themselves need to do more work to curb the harassment, hate and hazing they see on social applications and websites.

As for the populations that were most at risk to harassment and hate online, members of the LGBTQ community were targeted most frequently, according to the study. Some 63 percent of people identifying as LGBTQ+ said they were targeted for online harassment because of their identity.

“More must be done in our society to lessen the prevalence of cyberhate,” said Greenblatt. “There are key actions every sector can take to help ensure more Americans are not subjected to this kind of behavior. The only way we can combat online hate is by working together, and that’s what ADL is dedicated to doing every day.”

The report also revealed that cyberbullying had real consequences on user behavior. Of the survey respondents, 38 percent stopped, reduced or changed online activities, and 15 percent took steps to reduce risks to their physical safety.

Interviews for the survey were conducted between December 17 to December 27, 2018 by the public opinion and data analysis company YouGov, and was conducted by the ADL’s Center for Technology and Society. The nonprofit admitted that it oversampled for respondents who identified as Jewish, Muslim, African American, Asian American or LGBTQ+ to “understand the experiences of individuals who may be especially targeted because of their group identity.”

The survey had a margin of error of plus or minus three percentage points, according to a statement from the ADL.