If you’re looking for the next unicorn in Southeast Asia, Zilingo might just be it. The 3.5-year-old e-commerce company announced today that it has raised a Series D round worth $226 million to go after the opportunity to digitize Asia’s fashion supply chain.

This new round takes Zilingo to $308 million from investors since its 2015 launch. The Series D is provided by existing investors Sequoia India, Singapore sovereign fund Temasek, Germany’s Burda and Sofina, a European backer of Flipkart-owned fashion site Myntra. Joining the party for the first time is new investor EDBI, the corporate investment arm of Singapore’s Economic Development Board.

Zilingo isn’t commenting on a valuation for the round, but a source with knowledge of the deal told TechCrunch that it is ‘a rounding error’ away from $1 billion. We had heard in recent months that the startup was getting close to unicorn status, so that is likely to come sooner or later — particularly given that Zilingo has made it to Series D so rapidly.

Raising more than $300 million makes Zilingo one of Southeast Asia’s highest-capitalized startups, but its meteoric growth in the last year has come from expansion from consumer e-commerce into business-to-business services.

CEO Ankiti Bose — formerly with Sequoia India and McKinsey — and CTO Dhruv Kapoor first built a service that capitalized on Southeast Asia’s growing internet connectivity to bring small fashion vendors from the street markets of cities like Bangkok and Jakarta into the e-commerce fold.

Zilingo still operates its consumer-facing online retail store, but its key move has been to go after b2b opportunities in the supply chain. That’s to say that it is building a network of supply chain pieces — manufacturing, logistics, payments, etc — that it can take to retailers or brands. So, in theory, anyone wanting to get into private labels or fashion selling could use Zilingo as an end-to-end solution to make and source their product.

Revenue grew by 4X over the past year, with b2b responsible for 75 percent of that total, Bose told TechCrunch. She declined to provide raw figures but did say net income is in “the hundreds of millions” of U.S dollar. The company — which has over 400 staff — isn’t profitable yet, but CEO Bose said the b2b segment gives it “a clear pathway” to break-even by helping offset expensive e-commerce battles. 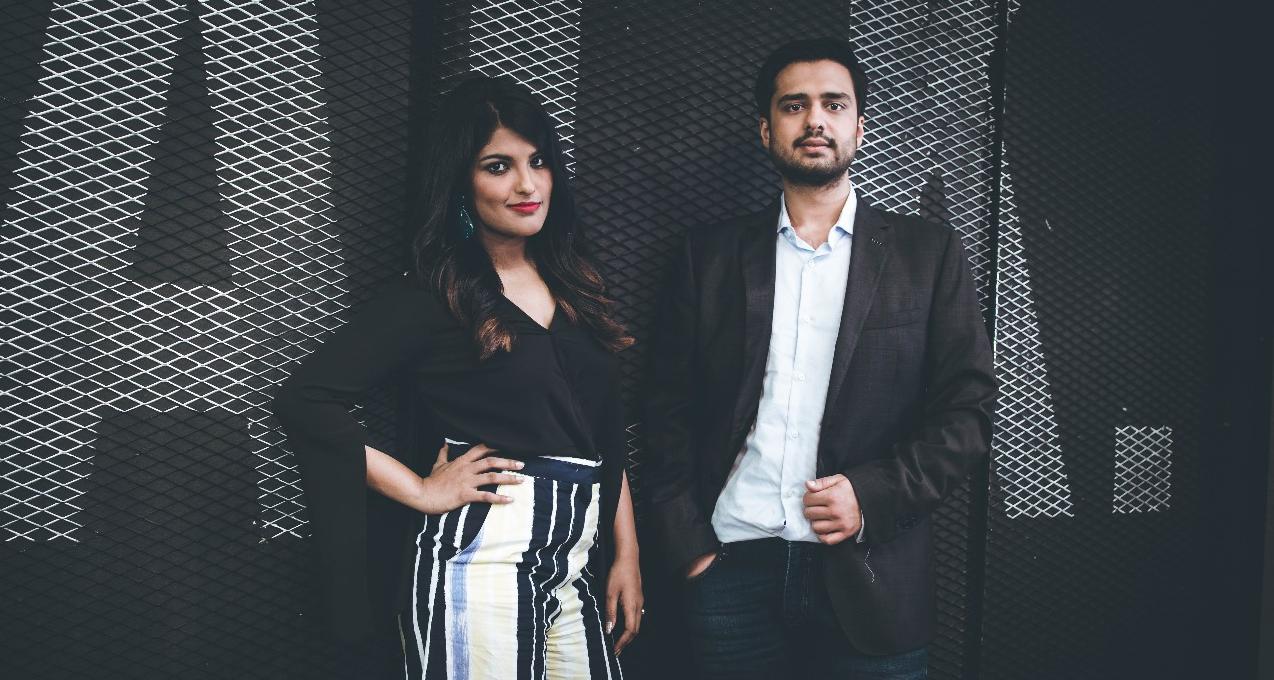 Moving into the supply chain after building distribution makes sense, but Zilingo has long had its eye on services.

That business-focused push started with a suite of basic products to help Zilingo sellers manage their e-commerce business. Those initially included inventory management and sales tracking, but they have since graduated to deeper services like financing, sourcing and procurement, and a ‘style hunter’ for identifying upcoming fashion trends. Zilingo also widened its target from the long tail of small vendors operating in Southeast Asia, to bigger merchants and brands and even to the fashion industry in Europe, North America and beyond that seeks access to Asia’s producers, who are estimated to account for $1.4 trillion of the $3 billion global fashion manufacturing market.

Zilingo’s goal today is to provide any seller with the features, insight and network that brands such as Zara have built for themselves through years of work.

In Southeast Asia, that means helping small merchants, SMEs and larger retailers to source items for sale online through the Zilingo store. But in Europe and the U.S, where it doesn’t operate an outlet, Zilingo goes straight to the sellers themselves. That could mean retailers seeking wholesale opportunities from Asia or online influencers, such as Instagram personalities, keen to use their presence for e-commerce. Beyond just picking out items to sell, Zilingo wants to help them build their own private labels using its supply chain network.

That rest of the world plan has been on the cards since last year when Zilingo closed a $54 million Series C, but now the next stage of the journey is deeper integration with factories.

“If you think about these factories that make the products, the process isn’t optimized over there,” Bose said in an interview. “The guy or girl running factory likely has no technology, they don’t even use Excel. So we’re going to small and medium factories, increasing capacity utilization, helping to manage payroll, getting loans and other fintech services.”

Kapoor, her co-founder, adds that the fashion supply chain is “is marred by outdated tech.”

“It’s imperative for us to build products that introduce machine learning and data science effectively to SMEs while also being easy to use, get adopted and scale quickly. We’re re-wiring the entire supply chain with that lens so that we can add most value,” he added in a statement. 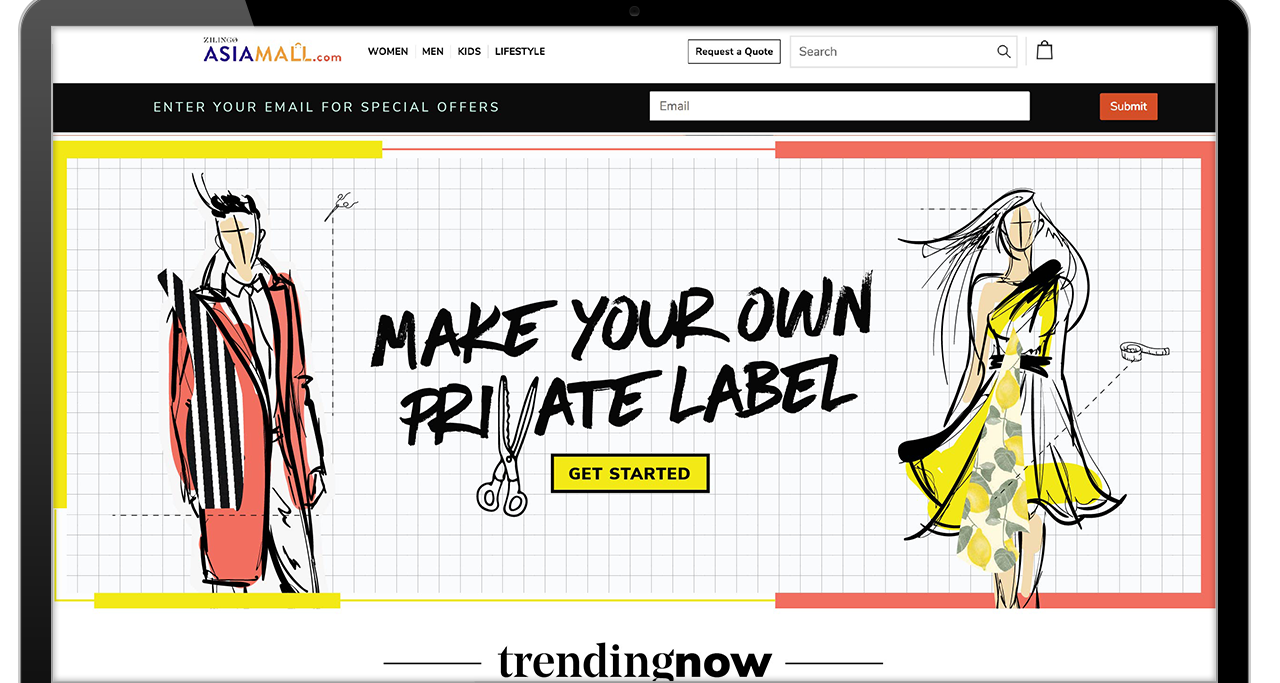 AWS for the fashion supply chain

Bose said Zilingo’s early efforts have boosted factory efficiency by some 60 percent and made it possible to develop links to retailers while also enabling factories to develop their own private label colletions, rather than simply churning out unbranded or non-descript products.

A large part of that work with factories is consultancy-based, and Zilingo has hired supply chain experts to help provide quality guidance and perspective alongside the software tools it offers, Bose said.

She compares it, in many ways, to how Amazon conceived AWS. After it built tech to fix its own problems internally, it commercialized the services for third parties. So Zilingo started out offering a consumer-facing e-commerce platform but it is making its sourcing networks open to anyone at a cost — almost like supply chain on an API.

That gives its business a two, if not three, sided focus which spans selling to consumers in Southeast Asia through Zilingo.com — which is present in Thailand, Singapore, Malaysia and Indonesia with the Philippines and Australia coming soon — reaching overseas retailers through Zilingo Asia Mall, and developing the b2b play.

In Southeast Asia, its home market, Zilingo doesn’t pressure its merchants to sell on its platform exclusively — “we don’t mind if they go to Instagram, Lazada, Tokopedia and Shopee,” Bose said — but in the U.S. it doesn’t have a go-to consumer outlet. It’s possible that might change with the company considering potential partnerships, although it seems unlikely it will launch its own consumer play.

Zilingo was once destined to compete with the big players like Lazada, which is owned by Alibaba, Shopee, which is operated by NYSE-listed Sea, and Tokopedia, the $7 billion company that’s part of SoftBank’s Vision Fund, but its supply chain focus has shifted its position to that of enabler.

That’s helped it avoid tricky times for specialist e-commerce services, which battle tough competition, pricing wars and challenging dynamics, and instead become one of Southeast Asia’s highest-capitalized startups. The company’s U.S. plan is ambitious, and it is taking longer than expected to get off the ground, but that makes it a startup that is worth keeping an eye on in 2019. It’s also an example that the startup journey is not defined since, in some cases, the biggest opportunities aren’t presented immediately.